South-Bucks, U.K.-based photographer Barry Webb favors the shimmering, gelatinous, and iridescent growths that sprout from decaying wood and plant material. His macro shots magnify the often imperceptible details of small slime molds, capturing the specimen’s unique characteristics with striking detail. From the globular heads of the Comatricha nigra to the spongey forms of the Arcyria denudata, each photo unveils the diversity and intricacies of some of the world’s tiniest organisms.

Several of Webb’s images have been recognized in international contests, including the Close-Up Photographer Of The Year, and he offers prints and a massive archive of fantastical slime molds on his site. 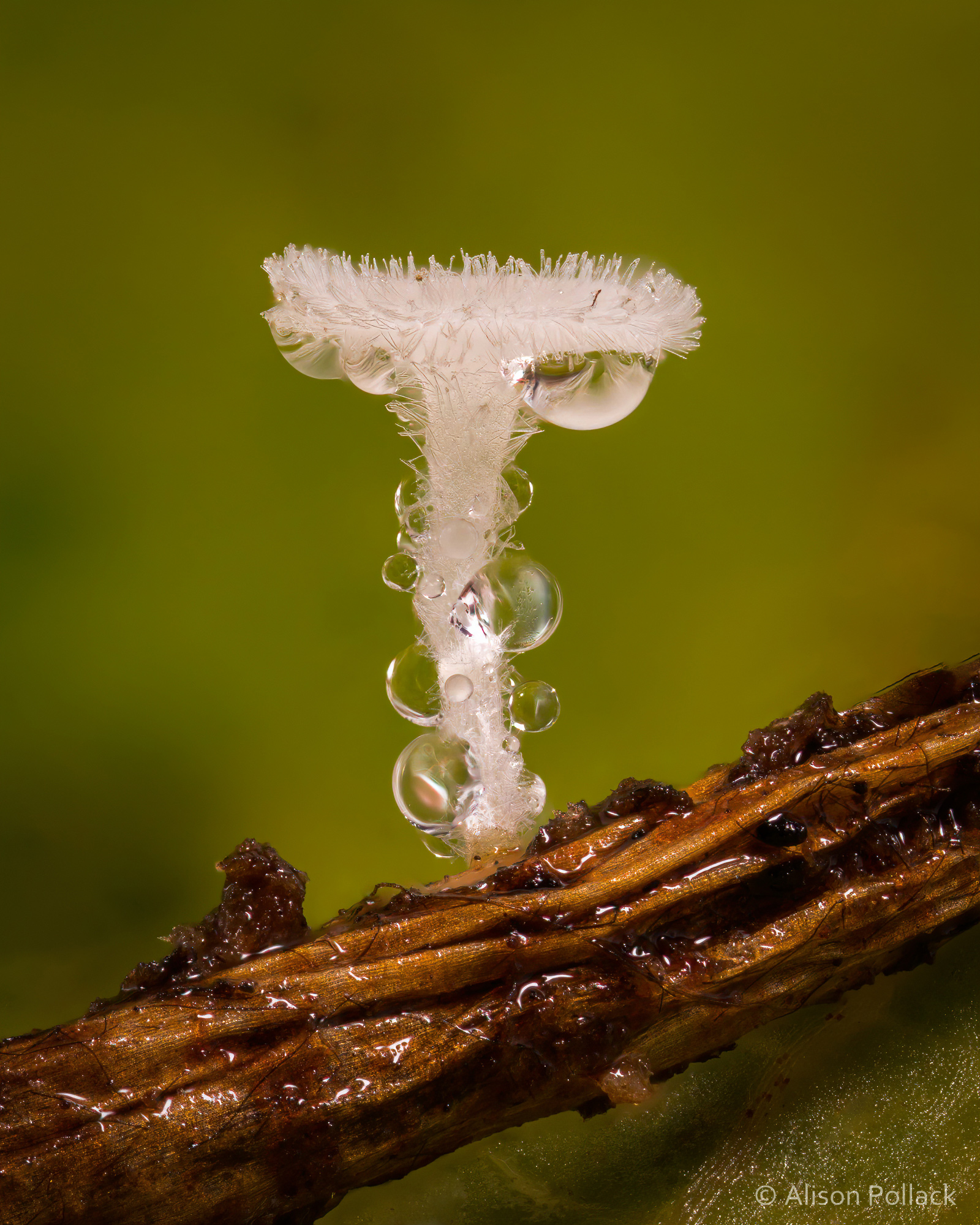 Alison Pollack’s preferred subjects are the tiny, inconspicuous organisms that are difficult to spot without a trained eye and microscope. The California-based photographer documents the minuscule fungi that spring from leaves and bits of bark with an extreme macro lens, exposing the rarely visible iridescent speckles, pockmarks, and feathered tissues that cover their fruiting bodies. “My goal is to reveal to people tiny mushrooms and slime molds that they might otherwise never see, or may never even have heard of,” she tells Colossal. “And also to reveal the beautiful intricate detail in these organisms.”

Although her earlier images captured the fleshy fungi in spectacular detail, Pollack has spent the last two years getting even closer to her subjects—which are often less than a millimeter tall—by using a microscope lens that magnifies her findings up to 20 times their actual size. The resulting images document even the smallest features, like individual spores, the veiny web structure encasing them, and the distinct texture and color of each organism.

Find Pollack on Instagram and Facebook to see what she spots next and to order prints of her photos. You also might enjoy this documentary about the vast underground network of mycelium that’s tied to all life on Earth. 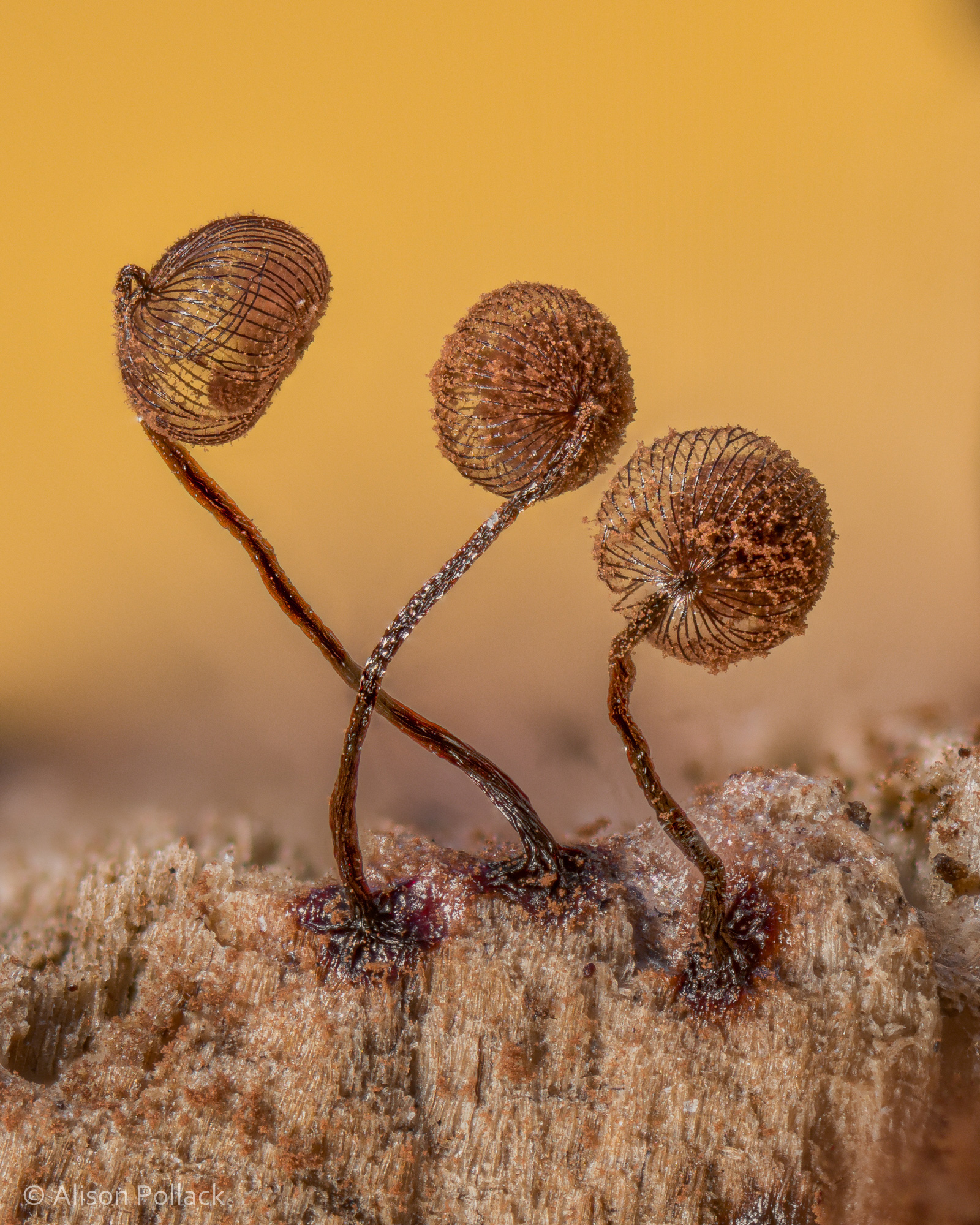 Stemonitis. All photographs by Alison Pollack

Avid photographer and retired environmental consultant Alison Pollack documents the fascinating phenotypes of mushrooms and slime molds she encounters on hikes in northern California. Her images show shaggy white Comb Tooth fungus (Hericium coralloides), Stemonitis slime molds that wouldn’t look out of place on the dessert menu of an experimental restaurant, and Comatricha that bear a strong resemblance to urban lamp posts. Recently, the north Bay Area-based photographer shared with the Marin Independent Journal that she has had a longtime interest in hiking and mushrooming, but has grown more focused on fungi photography in the last two years. You can follow along with Pollock’s findings, and help her identify unknown species, on Instagram. 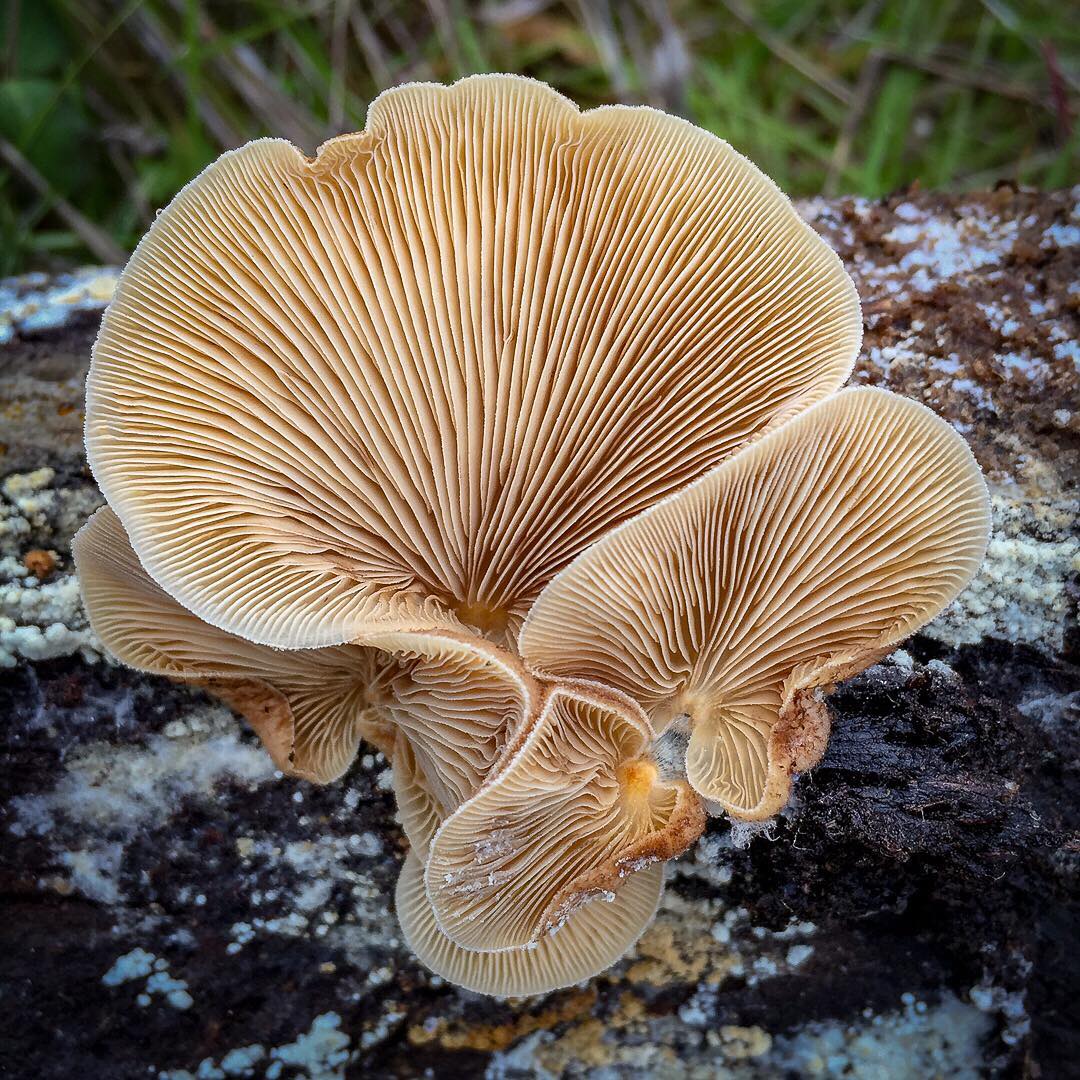