Juno only takes a handful of still photographs each time it passes Jupiter, all of which are made available to the public. Lucky for us Sean Doran stitched together the images from Juno’s last transit (colorized by Gerald Eichstädt) to create an approximate video/animation of what it looks like to fly over the giant planet. Music added by Avi Solomon.

Sales Wick is an airline pilot, photographer, and film producer based in Switzerland who photographs the journeys of his many international flights on his website BeyondClouds. For his video Meet the Milky Way, Wick created a timelapse of his nighttime trip from Zurich to Sao Paulo, capturing the starry sky and the glowing Milky Way straight ahead. The video was recorded in August during one of the few nights where shooting stars can be seen racing across the sky, and during the video several can be observed traveling across the screen.

You can view more of Wick’s adventures in aviation on his Instagram and Vimeo, or if you a want different perspective of the Milky Way, check out the timelapse video shot recently in Hawaii by Gavin Heffernan and Harun Mehmedinovic from SKYGLOW. (via Kottke) Tokyo-based industrial designer Duncan Shotton (previously) is known for his unique approach to houseware and stationery design, where he takes common objects from pencils to bookmarks and conceives of a novel twist. His latest creation is a series of push pins designed to look like the solar system called Planet Pins. The set includes the 8 planets (sorry Pluto fans) and an optional moon pin cast in concrete. Planet Pins just launched on Kickstarter and 100 sets are available as a signed limited edition. 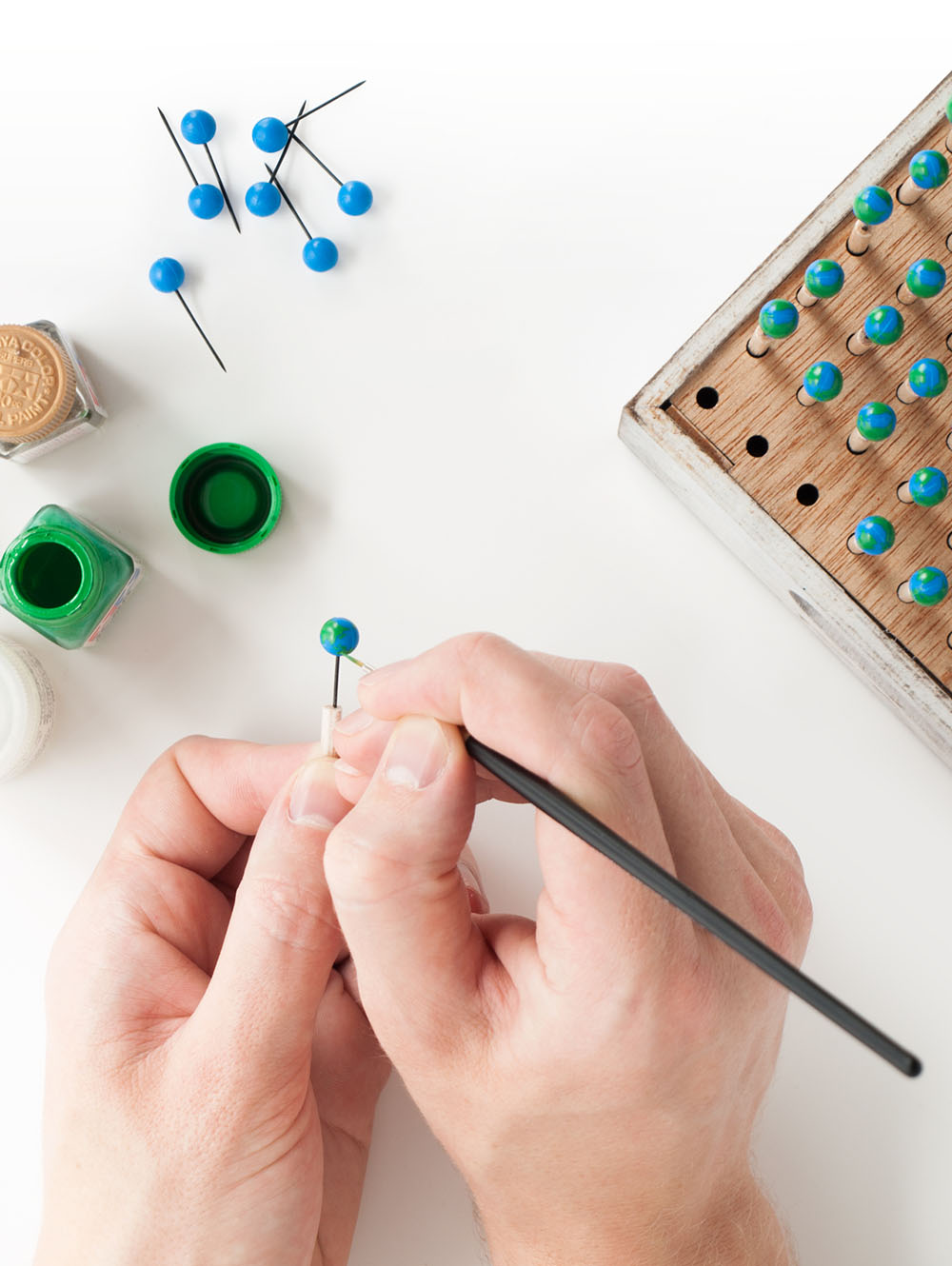 Josh Keyes‘ newest series features subjects both manmade and natural, their common element being several layers of graffiti that cover a space shuttle, a melting iceberg, and even a whale’s tail. For the last ten years these marks had remained in the background of Keyes’ paintings, adding detail to the supporting elements of the environment rather than being integrated into the subjects of his work.

For Keyes, the decision to place graffiti writing in the foreground questions our relationship to the natural world, and what impact we are undeniably leaving on our planet. The iceberg for instance, is marked with the words, “I’ll melt with you.” This blood red message could be the voice of both the iceberg and the tagger, a warning that we will all be melting if we continue to desecrate the Earth.

“Are there things and places that graffiti should not be?” asked Keyes to Colossal. “Who is to say what surface is to be kept graffiti clean? My personal concern is that this will be a reality some day and speaks to a larger issue of our relationship with the natural world. The satellite and space graffiti hints that even if we colonize other worlds, what mark will we leave? No matter where we go there is evidence of our presence.”

Keyes’ will exhibit his paintings later this year with Thinkspace Gallery in LA. You can see more of his works on his Instagram and website.