It’s one thing to know that Chicago is the third largest city in the United States or that the fastest growing metropolitan areas are in the West and the South, but how can we see it? Data technologist Spencer Schien answers that question with an ongoing series of population density maps of states, rivers, and coastlines. In his work with nonprofits and NGOs, he uses R programming language to generate data visualizations that help organizations target where their services are most needed.

To compile the maps, Schien digs into the Kontur Population dataset, a publicly accessible project that layers global population numbers derived from sources like the Global Human Settlement Layer—a tool for assessing the presence of people on the planet—along with Microsoft’s Building Footprints and Facebook. He then translates statistical information about specific regions into highly contrasted maps utilizing Rayshader. The more densely populated an area is, the higher the bars rise. Atlanta, for example, is more than 137 square miles with around 4,200 people per square mile, and the map illustrates this as a mass of red amidst surroundings of more rural areas in green.

Currently based in Milwaukee where he works as the Senior Manager of Data & Analytics for City Forward Collective, Schien focuses on building the maps and other statistical visualizations using open-source tools that help to alleviate financial barriers to information. You can find more of his work on his website. 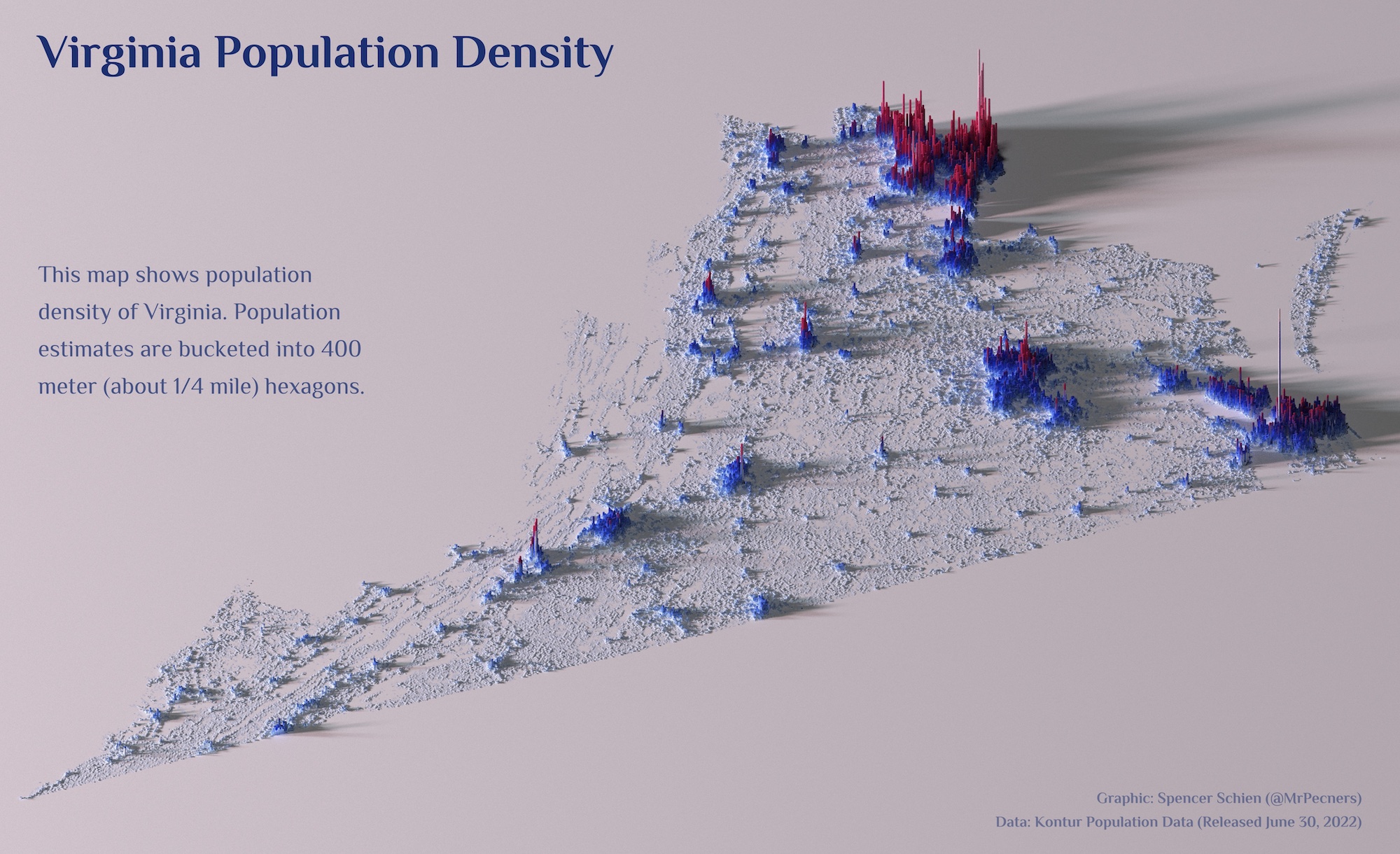