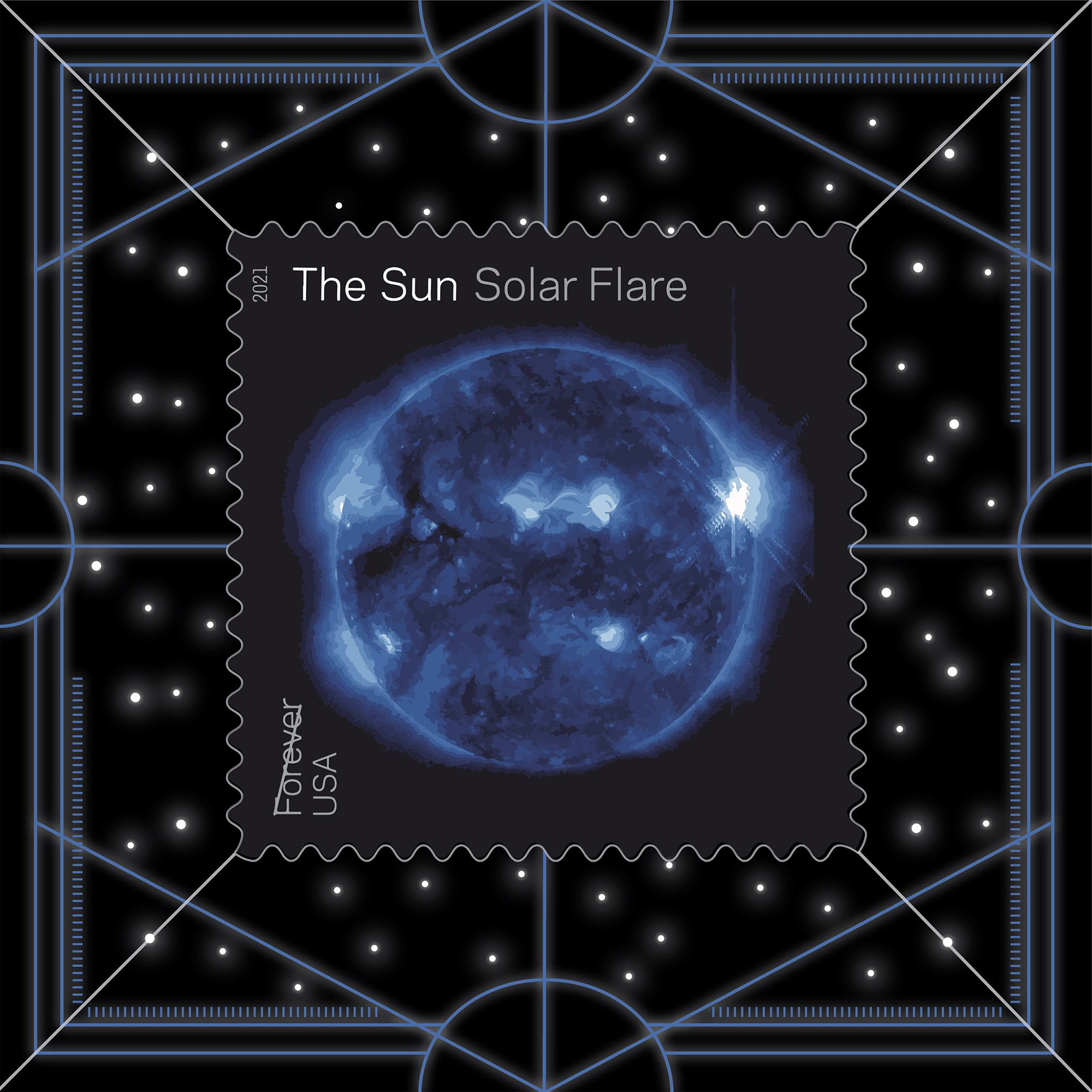 NASA and the USPS have teamed up to release a glimmering series of stamps that celebrates some of the sun’s most alluring phenomena. Printed with a foil treatment, the ten designs are derived from a decade’s worth of images captured by the Solar Dynamics Observatory, which launched in February of 2010 as a way to monitor the star’s activity in a geosynchronous orbit above Earth. NASA colorized the phenomena, which are otherwise imperceptible to the human eye, for the collection to create saturated, colorful renditions that accentuate the unique qualities of coronal holes, solar flares, and plasma blasts.

Watch the video below to dive into the colorizing process and read more about the science behind each stamp on NASA’s site. Sheets of 20 are available from USPS. Author and artist José Naranja ensures he won’t forget any detail of his year-round travels across the globe through a meticulous and unique documentation process. Formerly an aeronautic engineer, Naranja now archives his thoughts while visiting foreign countries by hand-crafting journals replete with items like collected stamps, an illustration of the periodic table, and a study of fountain pens. Each mixed-media page centers on a theme, such as the culture surrounding eating a bowl of ramen or the flamingos found in a zoo.

Since he last spoke with Colossal, the artist published a second work titled The Nautilus Manuscript, a 208-page handbound leather journal chronicling his life from 2015 to 2019. Similar to how he constructs each page, Naranja is committed to maintaining the integrity of his work during the production process. “The project is about offering the people the same feeling as having the originals in their hands: same paper, size, leather cover and mainly the same ‘touch.’ It’s bound by hand, slow but the only way to take care of details,” he says. The Nautilus Project, which is written mostly in Spanish, is available for purchase. Keep up with the artist’s most recent spreads brimming with insights and elaborate sketches on Instagram.