Plant Magick: A 520-Page Book Explores the Vast Esoteric Connections Between Botanics and the Divine The most recent addition to Taschen’s Library of Esoterica series, Plant Magick delves into the mythical, religious, and metaphysical histories of botanical life. The vast visual compendium explores an array of human interactions with the natural world as they relate to the spiritual and symbolic. Illustrations, photos, collages, and hundreds of other artworks across mediums are nestled within the 520 pages and include references to Buddha’s meditation under the Bodhi tree, the elaborate flower crowns worn during May Day celebrations, and the mind-bending experiences associated with psychedelics.

Similar to the series’ book on tarot, Plant Magick offers insight into the long legacies and enduring links between the creative and the divine. The title is currently available for pre-order from Taschen and Bookshop. Compiling more than 500 cards, a new book sequences an incredibly diverse array of metaphysical decks from medieval to modern times. Tarot is arranged in order from the Major to the Minor Arcana and examines the meaning behind the varied illustrations, considering who created them and when. From a whimsical, black-and-white rendering of The Lovers by Madison Ross to French occultist Jean-Baptise Alliette’s pastel series, the compendium explores the collaborations between mystics and artists that have been happening for centuries. Many of the pieces included in the 520-page book are being shown outside their respective decks for the first time.

Tarot, which you can purchase on Tashcen’s site, is the debut tome in the publisher’s ongoing Library of Esoterica series. You also might enjoy paging through Salvador Dalí’s surreal deck. By pairing a classic tarot deck with stunning botanical illustrations, Kevin Jay Stanton merges the spiritual practice with the historical mythology behind plants and flowers. “Their archetypal symbols have mystical, philosophical, and psychological implications that allow us to understand our past, our future, and ourselves,” the illustrator said in a Kickstarter explainer. “But even older than that is the symbolism we’ve always assigned to the plants that grow around us.”

Lined with gold foil, the 78-card deck is replete with acrylic and ink renderings on a dark backdrop. While the Major Arcana features lone specimens, the Minor Arcana details botanical compositions with suit-specific objects like coins or cups. Every court card is adorned with royal notations.

Stanton’s pairings of The Queen of Swords and red oleander, The Devil and nightshade, and The High Priestess and elderflower each expand the potential readings. “Divination is the process of finding meaning in symbols or patterns, and similarly, the act of reading tarot is finding patterns, meaning, and visions in the symbols,” he said. “A larger picture is created when a story is formed from how one card interacts with the next, as a bouquet is created from the harmony between many flowers.”

To pick up your own set, three editions—the Herbalist, Dark Alchemist, and Enchanter—are available for pre-order through Beehive Books. Stay up-to-date with Stanton’s mythical projects on Instagram. And if you’re interested in another entrance into the divine, check out Salvador Dalí’s deck. 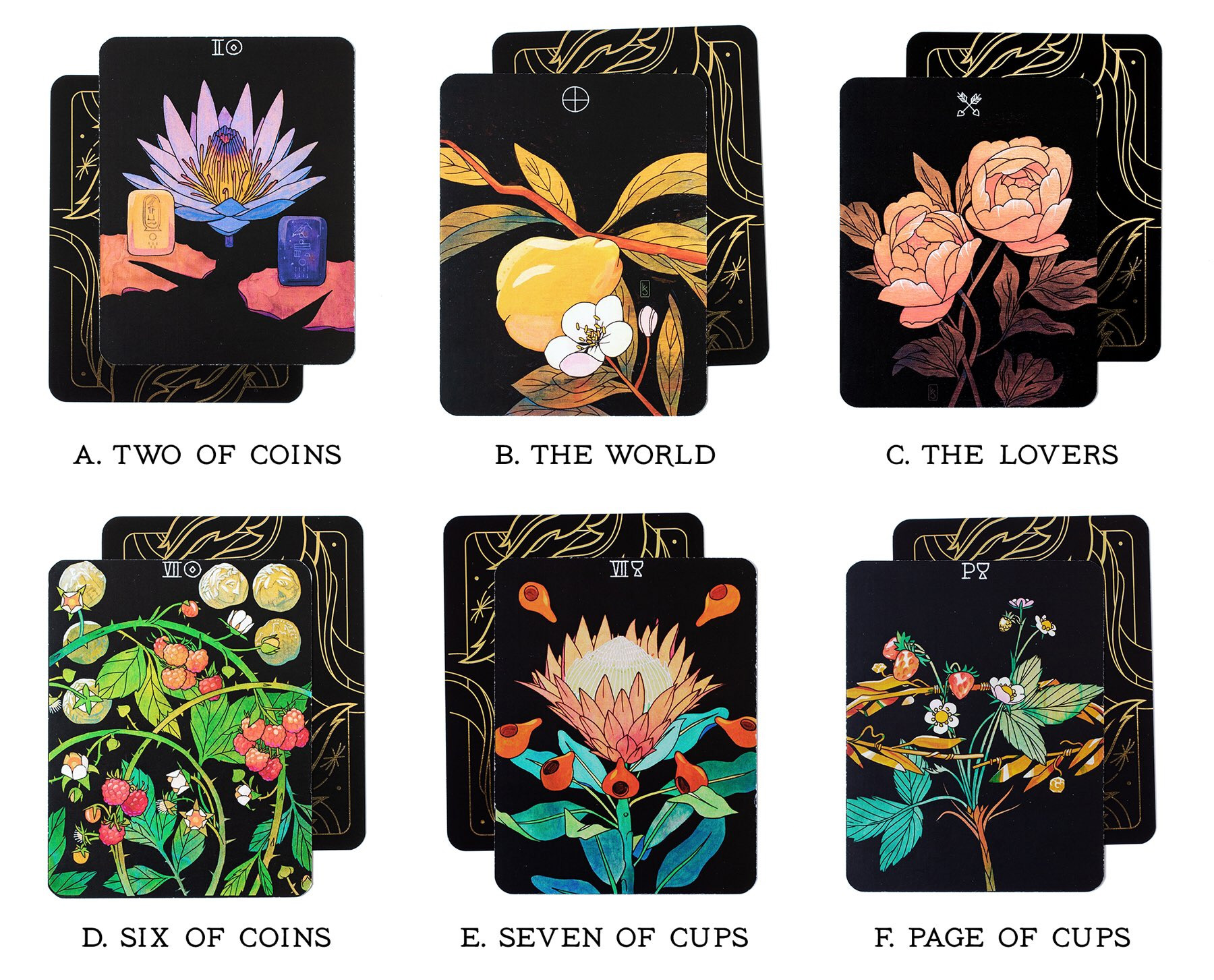 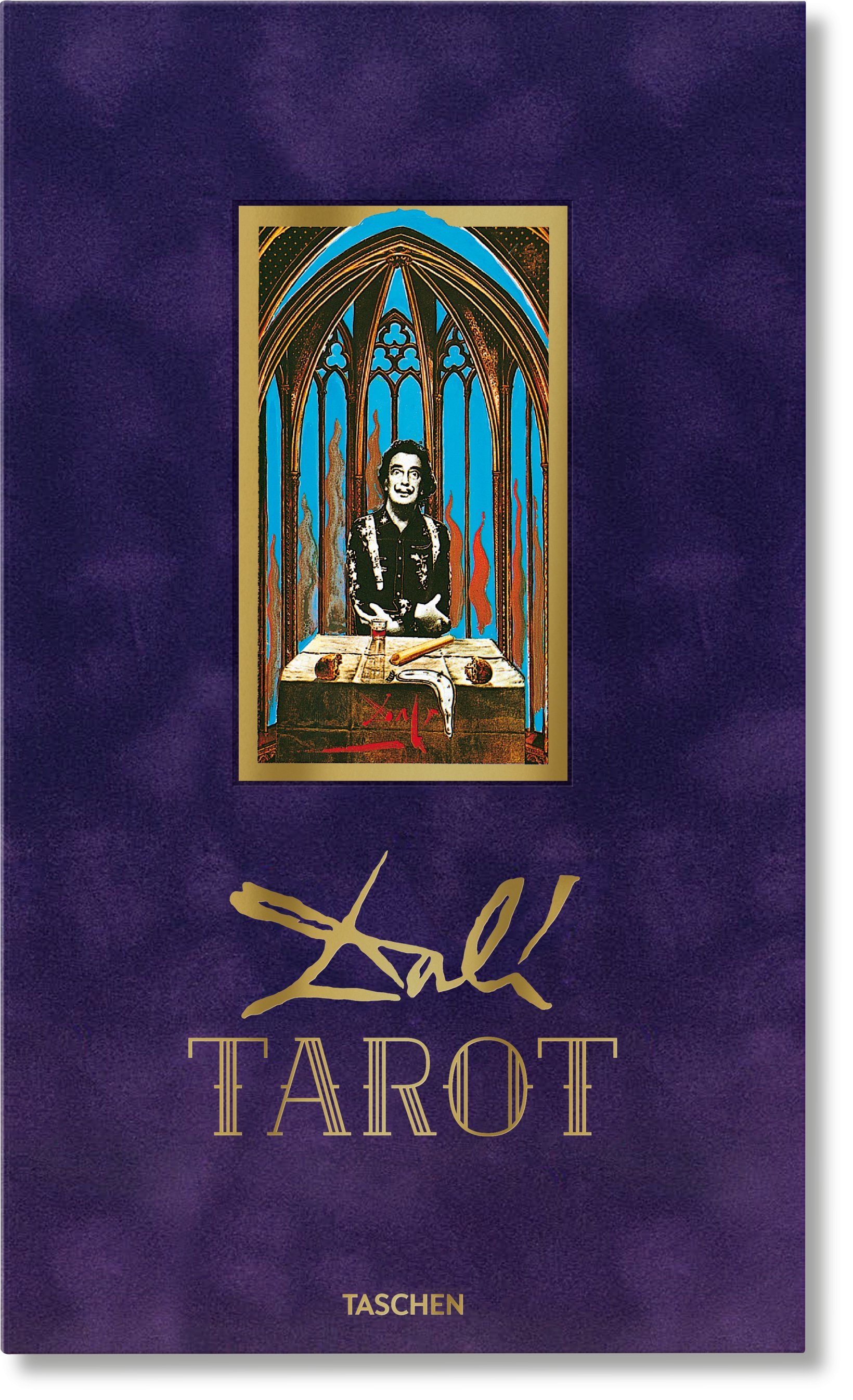 The surrealist master Salvador Dalí often dabbled in modes of mainstream culture, whether designing wine guides, appearing on game shows, or—in this instance—designing a deck of tarot cards for a James Bond film. Dalí undertook the project in the early 1970’s for Live and Let Die, starring Roger Moore and Jane Seymour. The deck didn’t end up appearing in the film, apparently due to Dalí’s high fees, but the artist continued to work on the cards for a decade and completed them in 1984. Art book publisher Taschen is releasing the deck, along with an instructional book that Dalí made to accompany it. Dalí. Tarot will be published on November 15, 2019, and is available for order on the Taschen website. 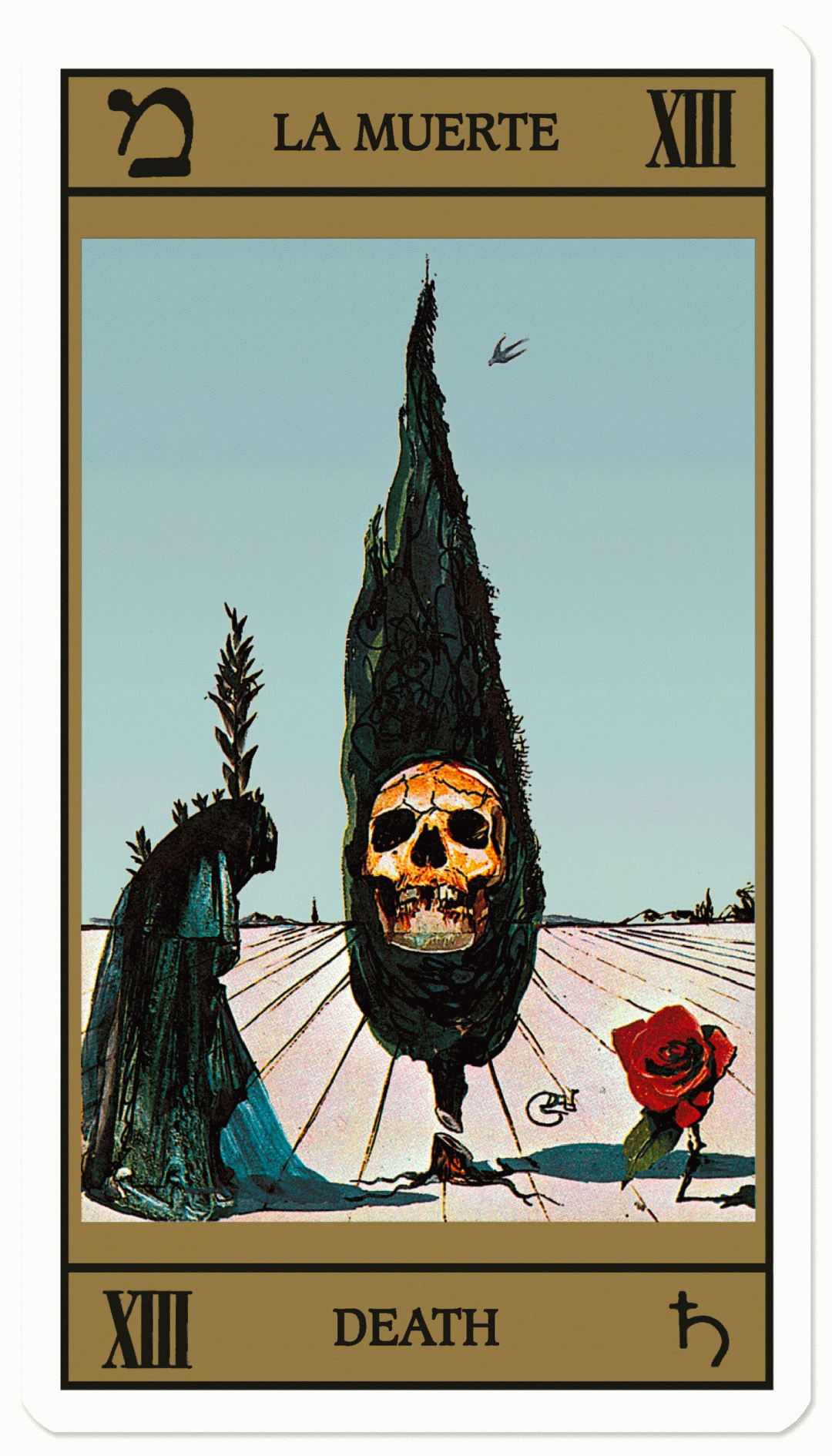 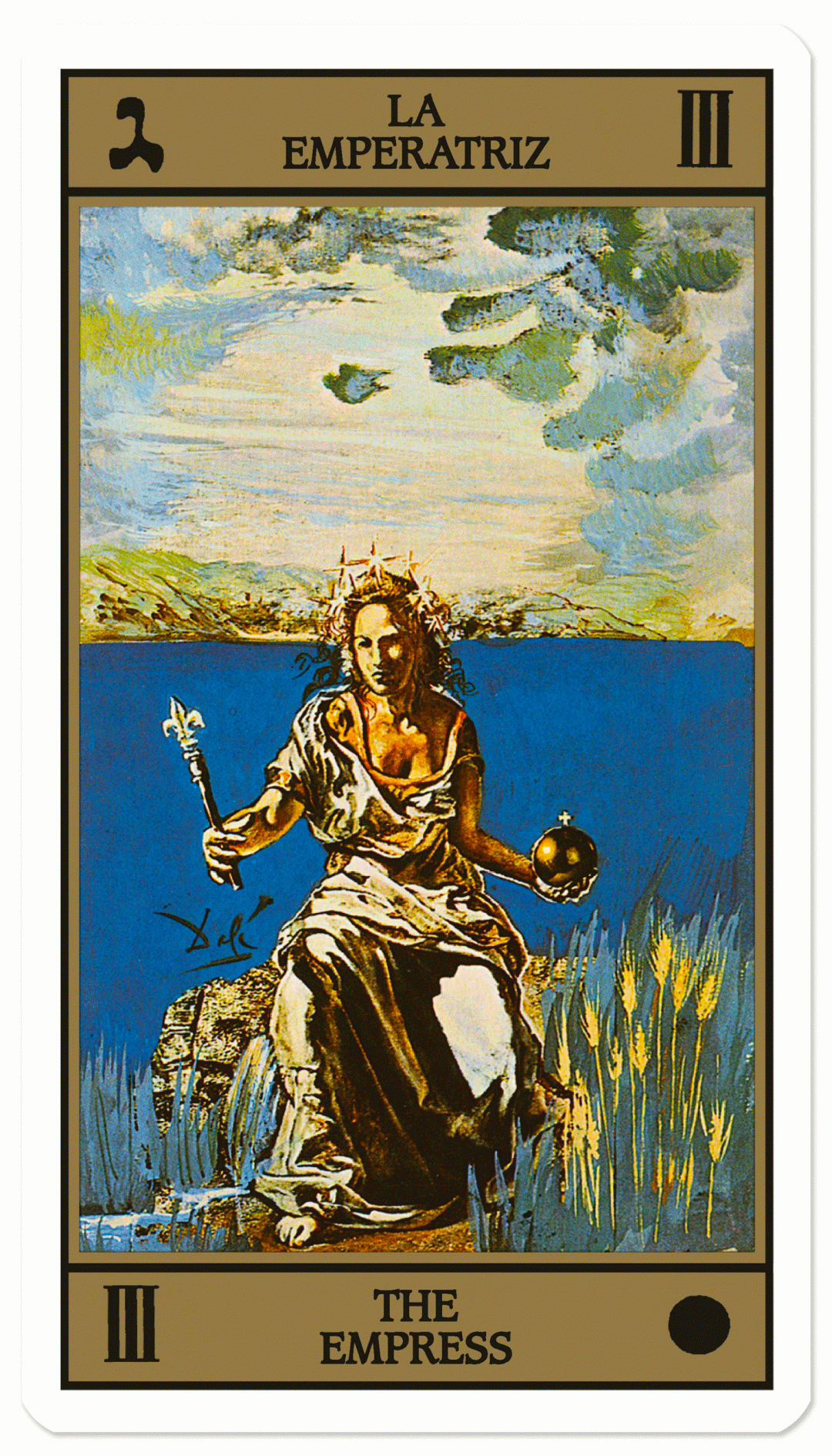