Pneumàtic was founded by artists OOSS, Iago Buceta, and Mateu Targa for the street art festival Ús Barcelona. The idea behind the cut salvaged tire installations was to create works that tested the traditional uses of architecture, playing with the audience’s understanding of what is just beyond their physical grasp.

The works, which are all placed in linear or circular arrangements, also test the viewer’s association with architecture, giving a playful tactility to the spaces they occupy. Although most of the sculptures look as if they are only decorative, many impede walking paths, forcing one to walk around their blockade or traipse upon their back like a bridge. Each installation appears as if the solid structures the tires are adhered to are malleable, the pieces disappearing and emerging from the ground and walls like they are being slowly sucked in by quick sand. 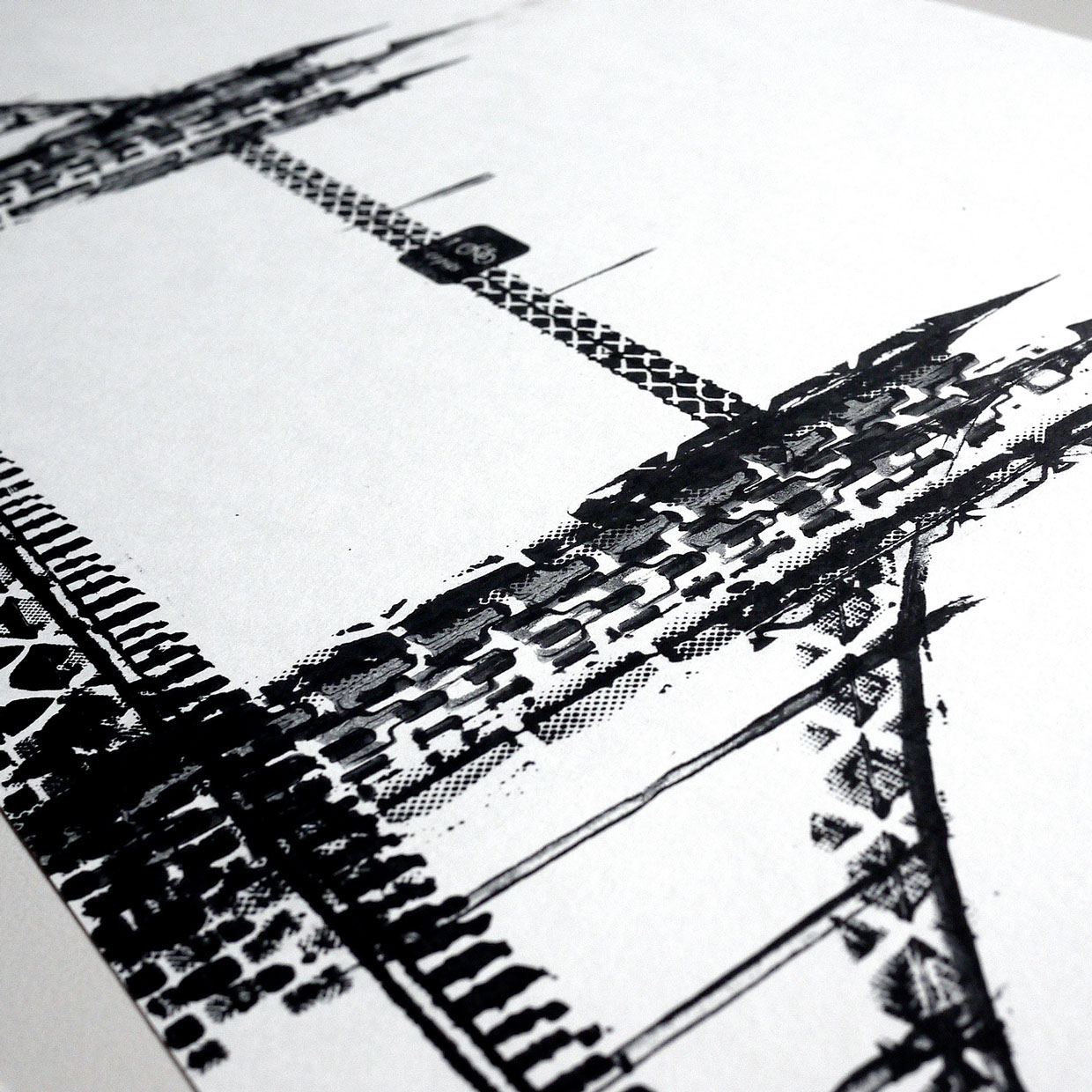 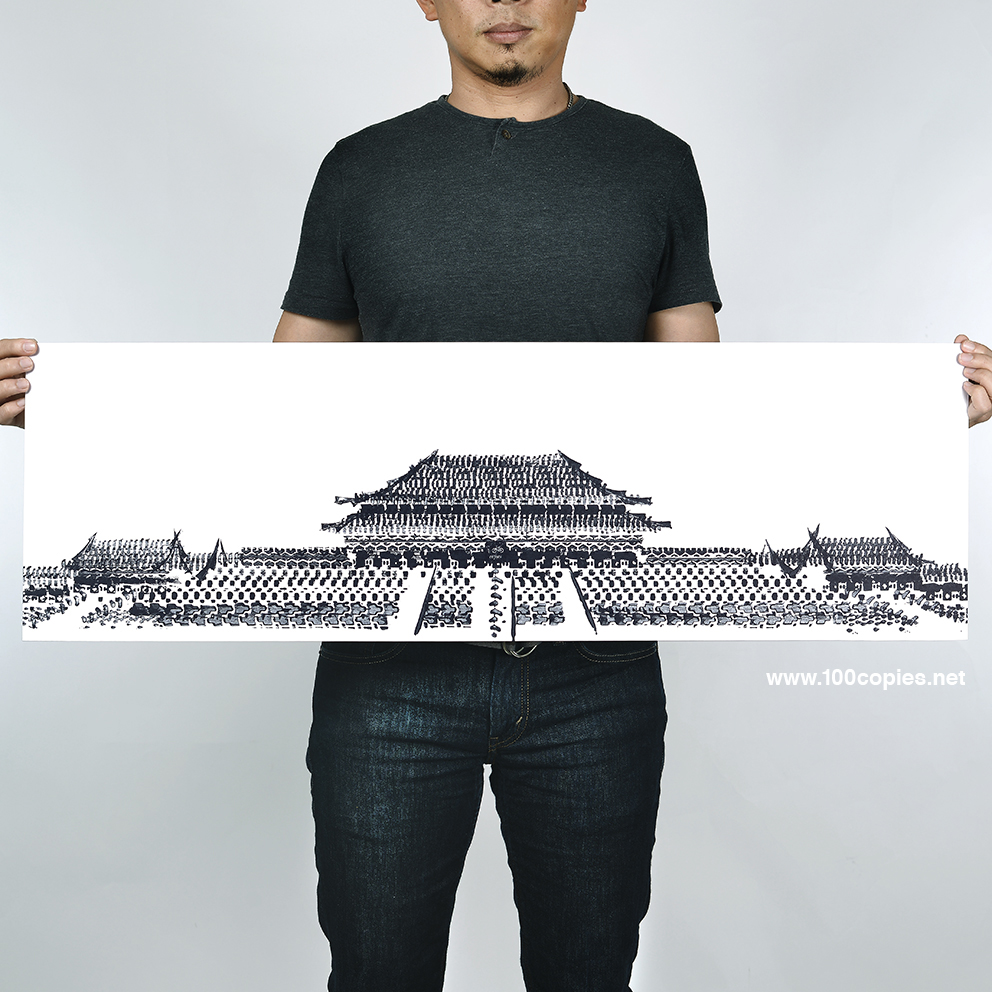 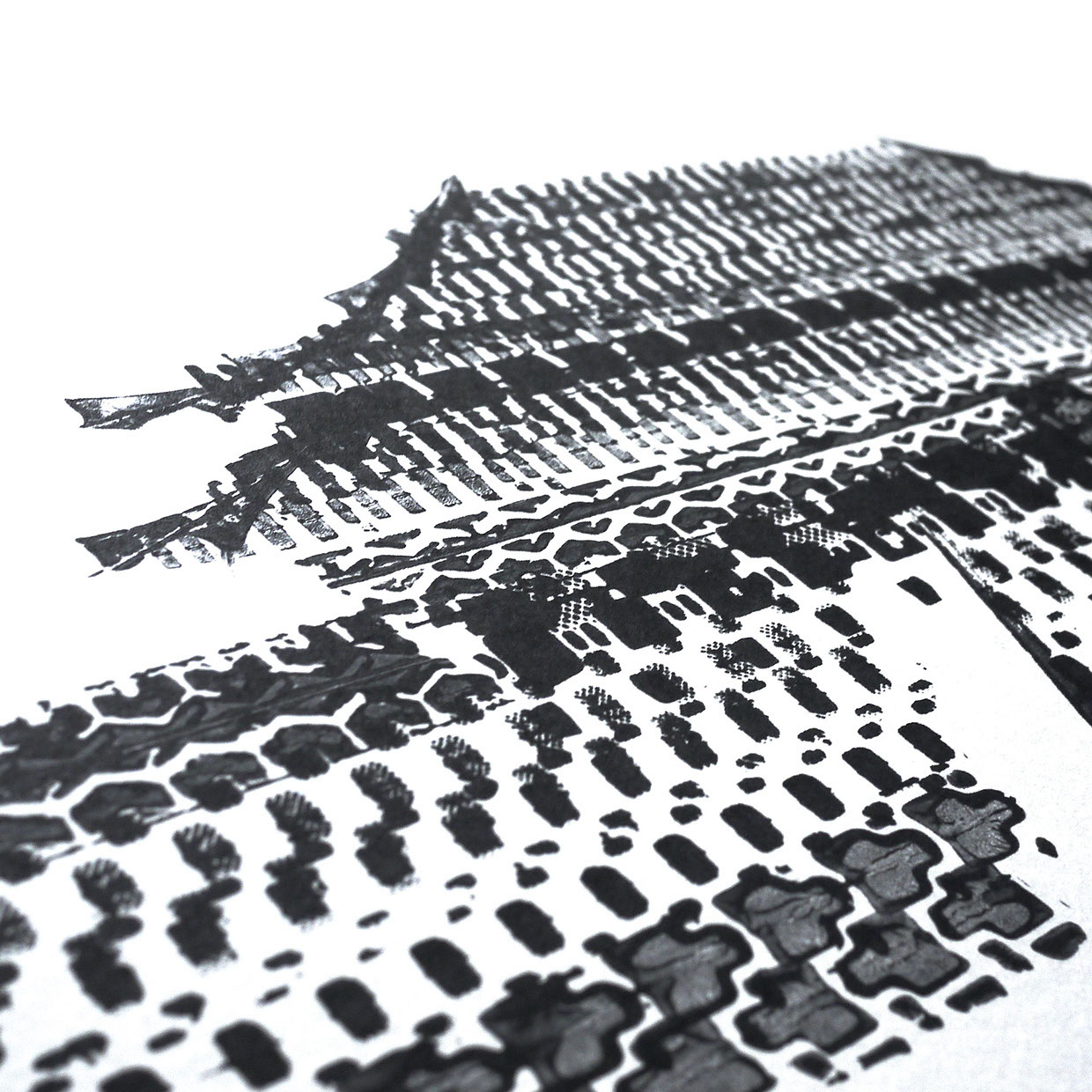 Earlier this year we mentioned Thomas Yang over at 100copies used the prints from bicycle tire treads to create a poster of the Empire State Building. Yang has since explored three additional landmarks around the world that merge his passion for cycling and architecture including depictions of the Eiffel Tower, the Tower Bridge, and China’s Forbidden City. While it appears the individual prints are sold out, they are still available as a full set. (via Arch Atlas)

The Cyclist’s Empire: A New Print of the Empire State Building Made from Bicycle Tracks