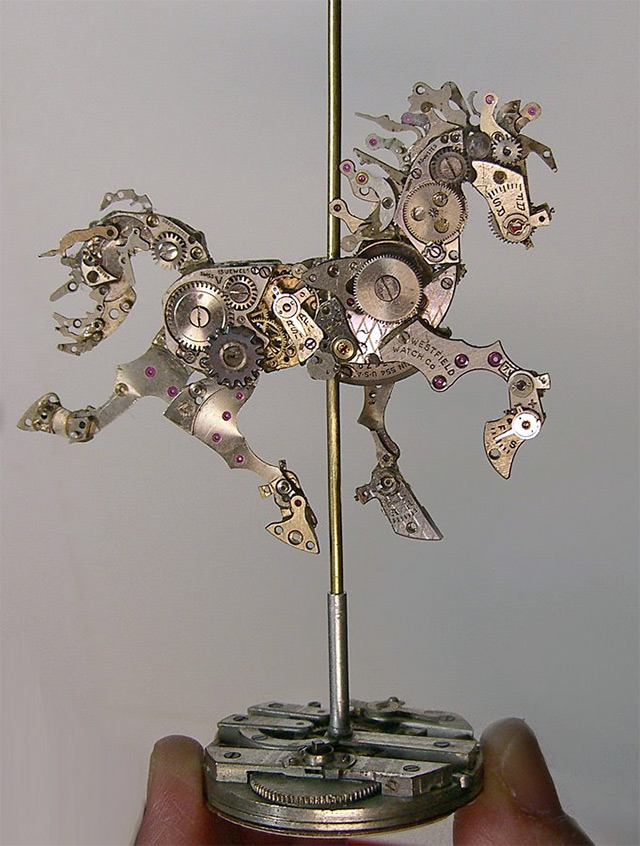 Using the smallest components from repurposed antique pocket watches and other time pieces, New-Jersey based artist Sue Beatrice of All Natural Arts assembles curious sculptures of animals and human figures. Given the nature of watch movements I can’t help but want to see each one of these things spring to life. See much more here. (via my modern met) These two magnificent little animal sculptures titled Time to be Included were welded together using hundreds of tiny used watch parts. According to Tokyobling’s Blog the works are by Japanese sculptor Natsumi Honda from Tama Art University, but there seems to be very little additional info about the artist online. (via lustik)