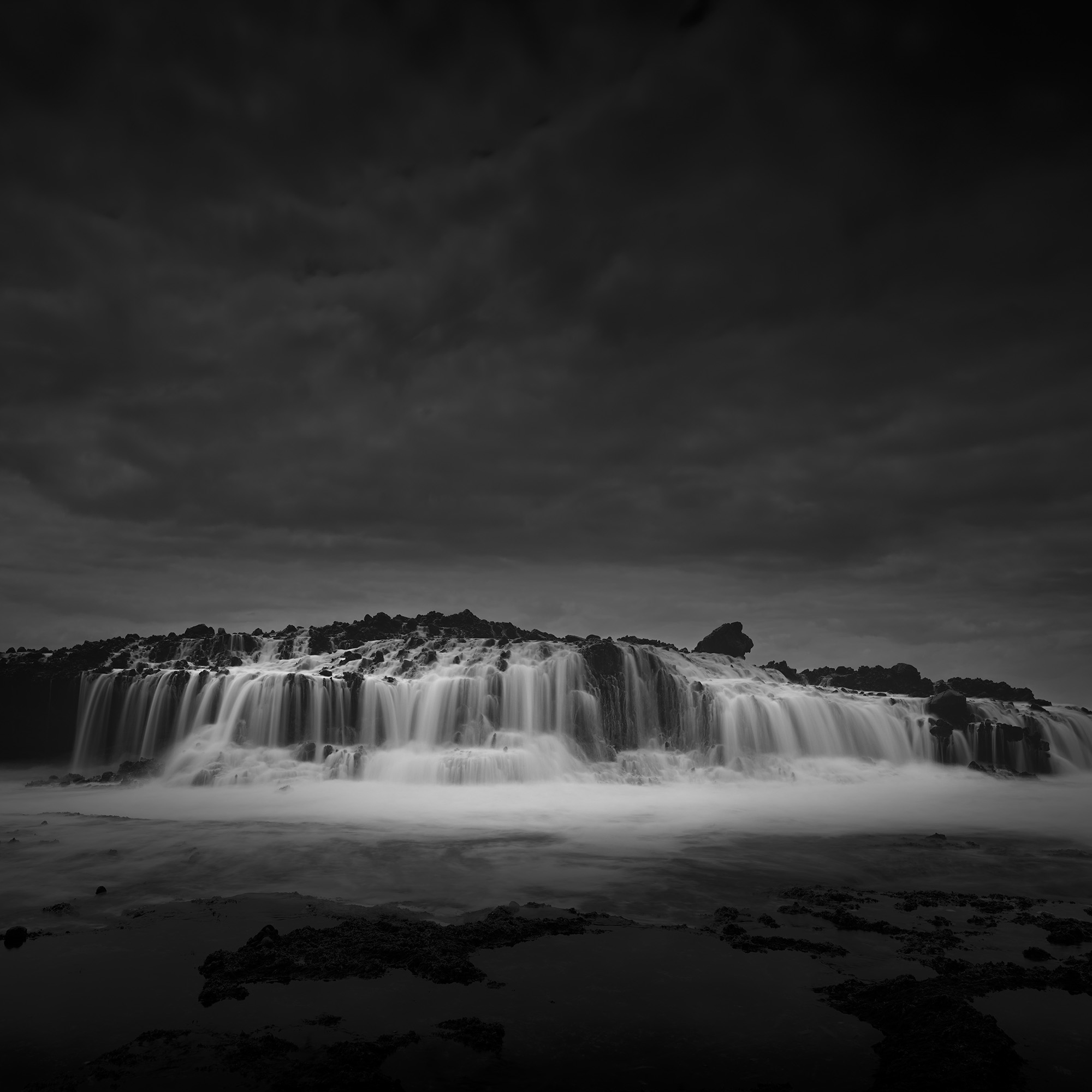 Between 2015 and 2019, Indonesian photographer Daniel Tjongari made multiple treks to a complex of white sand beaches that sit adjacent to the Indian Ocean. He wanted to capture the fluctuating coastal area over time, a project that resulted in a series of dramatic, ethereal images highlighting the beauty of the region. Through monochromatic shots—he shares photographer Elliot Erwitt’s understanding that “color is destructive. Black-and-white is interpretative”—Tjongari frames the rocky expanses and waterfalls of Sawarna Beach in various states, whether shrouded in thick fog or experiencing a brief moment of calm.

Tjongari is a SONY Alpha Professional Photographer for SONY INDONESIA. He recently traveled to White Crater in West Java Province to shoot a new series, which he’ll be sharing soon on Behance and Instagram. New photographs by Michael Shainblum (previously) capitalize on the grandeur of Yosemite National Park and cast it in an ethereal light. Shot in winter just after a dusting of snow, the series is serene and dream-like and spotlights the details that sometimes are lost in the vast wilderness: rainbow mist envelops a waterfall, dense fog hangs among a mountain top, and the warm glow of golden hour radiates across a rocky ridge.

Go behind-the-scenes of Shainblum’s visit to Yosemite in this video, and pick up a print in his shop. See more of his candy-colored landscapes and photographs capturing nature’s most majestic features on Instagram. A seven-story waterfall designed by Safdie Architects has become the shining focal point of Singapore’s Jewel Changi Airport. The 130-foot “Rain Vortex” is supplied by collected rainwater, and flows at the center of a greenhouse topped by an inverted glass dome. Nearly 10,000 gallons of water are pumped through the circular installation per minute from a centralized oculus in the middle of the space. The overhead dome is composed of a gridded glass thick enough to absorb any noise created by the aircrafts taking off and landing, and was tested to ensure it wouldn’t give off any distracting reflections to nearby air traffic controllers.

The new addition also includes five stories of shopping, a netted play area, and a terraced garden called the Shiseido Forest Valley that is dotted with smaller waterfalls accessed by trails. Although the waterfall at Jewel Changi Airport has just opened, it will soon be eclipsed as the tallest after the 2020 completion of a 164-feet-tall waterfall installed at Grimshaw‘s upcoming Qingdao Eden Project. (via dezeen) All images © Adam Klekotka, Licensed for use on Colossal

Toronto-based photographer Adam Klekotka had visited Niagara Falls several times during his time in Canada, but never journeyed to the massive waterfall during winter. After two weeks of record-setting temperatures this January (which led the Canadian news to report that parts of the country were colder than the surface of Mars) Klekotka decided to explore the icy waterfall at night, discovering an illuminated scene that appeared more like a deserted alien landscape than natural wonder.

“The temperature was about -20C, but due to cold wind and high humidity, it felt like it was way below -30C,” Klekotka told Colossal. “After some time of shooting, my hands were really frostbitten. Because of the small buttons in the cameras, I had to handle them without gloves. Additionally the drops of water were freezing on the front glass of the lens and I had to clean it every couple of seconds.”

Klekotka captured the glowing waterfall from several angles, including an observation deck encrusted with a thick layer of icicles. You can see more of Klekotka’s otherworldly images on his Instagram and browse a selection of his small prints on his online shop. (via Colossal Submissions)

A Waterfall in Oregon Appears to Stare Right Back at You

Photographer Jarred Decker recently stopped by Silver Falls, Oregon where he captured this amazing view of North Falls that looks uncannily like an eyeball. The final image is actually three stitched shots Decker took from inside a cave, and he says it wasn’t his intention to create an eyeball-like photo, just a happy coincidence. He has prints available through Fine Art America. (via Colossal Submissions)

Hikers exploring England’s Derbyshire Peak District earlier this week stumbled onto a rare phenomenon caused by extreme winds. The River Downfall, a 30-meter (98 foot) waterfall was blown back almost vertically by a powerful updraft, making it seem as if the waterfall was simply flowing into nothing. Very cool. (via Twisted Sifter)