Keith Williams (previously) has a knack for wowing viewers with his time-lapse woodworking videos. One of Williams’ recent projects entailed using offcuts that contain knots. In his hands, the geodesic dome becomes a multi-faceted showcase for the unique patterns, colors, and textures formed by these organic irregularities.

“In the 27 years of my woodworking business, I have never thrown away a knot,” Williams tells Colossal. “Many people see knots as a defect, but to me knots are the visual representation of a trees struggle to thrive. Not all little limbs become big branches, but their combined efforts on behalf of the tree as a whole should be celebrated.” Thanks to the nonprofit Little Free Library, chances are you have encountered a small house-like structure on a public thoroughfare, with a front door that opens to allow passersby to give or take a free book. The program exists in 88 countries, with over 75,000 registered Little Free Libraries. In addition to the goodwill-fueled, donation-based libraries, one of the charms is that each one is customized. Many sport unique paint jobs or even entirely off-the-wall architecture, like the Swedish flag-bedecked Library in the shape of a water tower, which pays homage to the real structure, a beloved fixture in the Andersonville neighborhood of Chicago.

One family in Idaho took their Library design to the next level with a “Little Tree Library,” carved out of a 110-year-old cottonwood tree stump on their property. Sharalee Armitage Howard, you’ll not be surprised to learn, works as a librarian and previously studied bookbinding, according to her Facebook profile. She spearheaded the complex installation on her front lawn, including dentils that, upon closer inspection, are actually miniature books complete with titles. The Library also features interior and exterior lighting, to give the space an extra-homey glow, as well as a “roof” over the top of the stump to help prevent its weathering away.

KREM, the local news station in Coeur d’Alene made a video (below) to give those outside the small town a closer look at the Howard’s new addition. You can find a Little Free Library near you on the organization’s website, which also offers premade kits if you don’t have any large stumps on hand.

Tiny Reclaimed Wood Cabins That Appear Plucked From the Pages of Dr. Seuss Dan Pauly builds guest cottages, playhouses, garden sheds, and saunas all appearing to be perfectly suited for an enchanted forest. The small, asymmetrical buildings have a long slanted roof, crooked chimney, and charming front window with built-in flower box. Each cabin designed by Pauly and his company The Rustic Way is built with reclaimed wood, each piece restored to reflect its natural weathered condition.

Pauly’s woodworking history goes back four generations, back to the 1800s when his family emigrated to the US and built several barns in Minnesota (some of which are still standing). This history is embedded into Pauly’s fascination with reclaimed wood. “As I uncover an old barn or shed,” Pauly says, “I realize that it could be the same lumber that my great-grandfather used more than 100 years ago. I think that respect for the craftsmen and craftswomen of the past, and for the wood they used, make a difference in each new piece I create.”

You can see more of Pauly’s cabins on The Rustic Way’s Facebook page. (via Twisted Sifter) 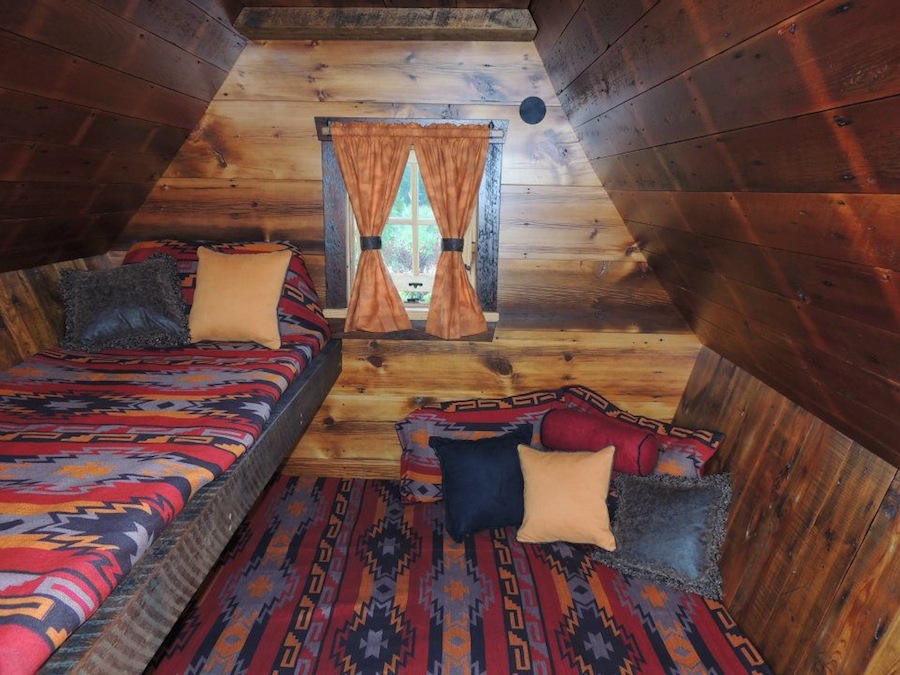