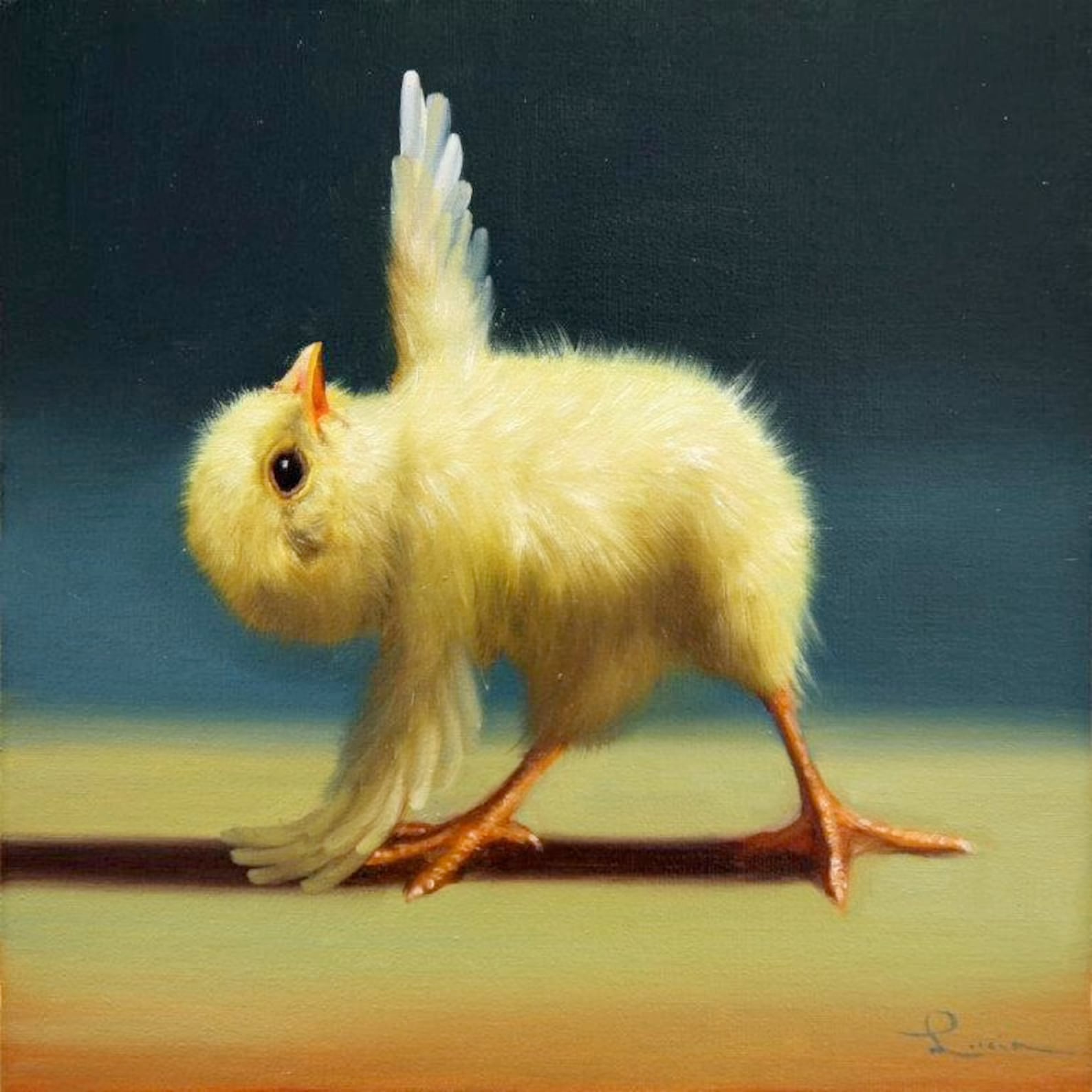 Calm, flexible, and undeniably adorable, Lucia Heffernan’s brood of chicks would likely be the star students of any yoga class. The fluffy creatures curl into backends, contort into triangles, and stretch their feathered little bodies into warriors and dancers in perfect alignment. Heffernan is showing the lunging and twisting characters through December 15 at CODA Gallery in Palm Desert, California, and even though all originals are sold, you can still shop prints on Etsy and see the entire troupe on Instagram. You also might enjoy Bruno Pontiroli’s backache-inducing wildlife. 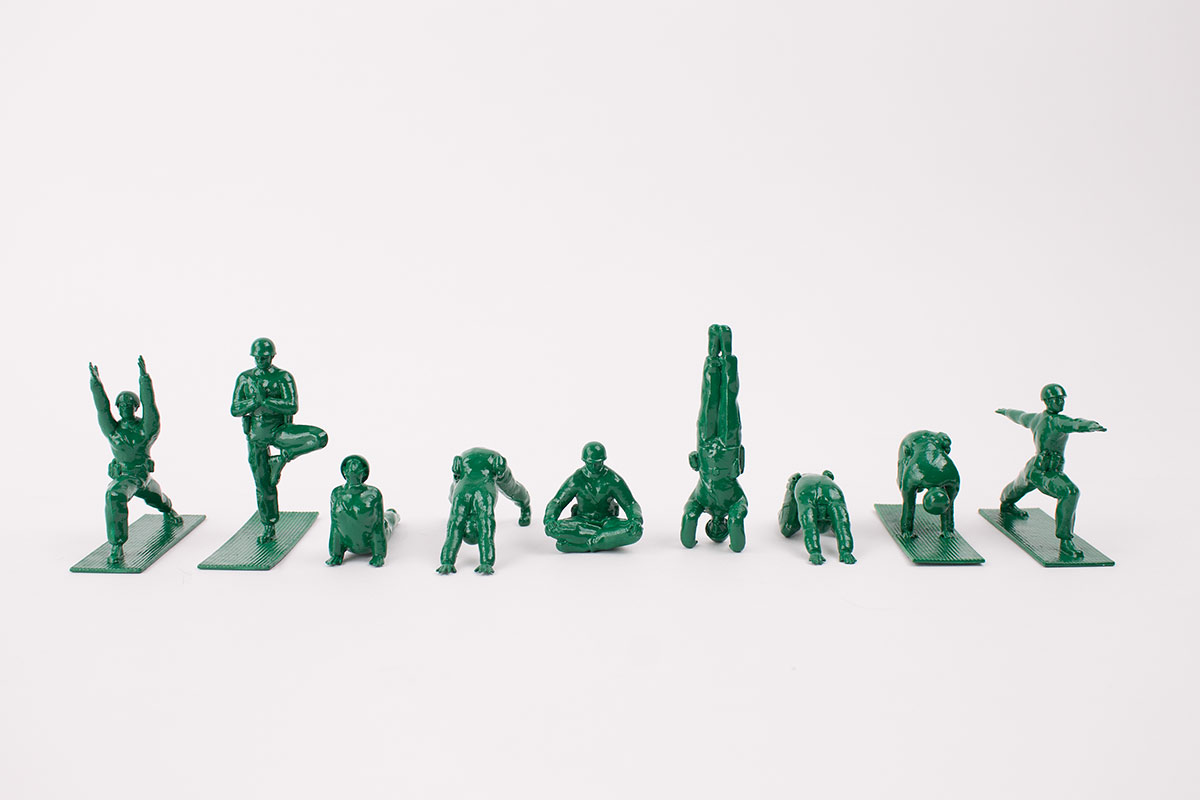 We’ve seen plenty of modern takes on classic green army guys as of late, from skateboarders and surfers over at Toy Boarders, to an array of plastic breakdancing people. Yoga practitioner and entrepreneur Dan Abramson now joins the fray with Yoga Joes, a collection of green army figures doing popular yoga poses like the warrior, cobra, and downward-facing dog. The project is currently funding on Kickstarter and sets should ship in time for Christmas. Hurry, there’s only 4 days left. (via FastCo, My Modern Met) 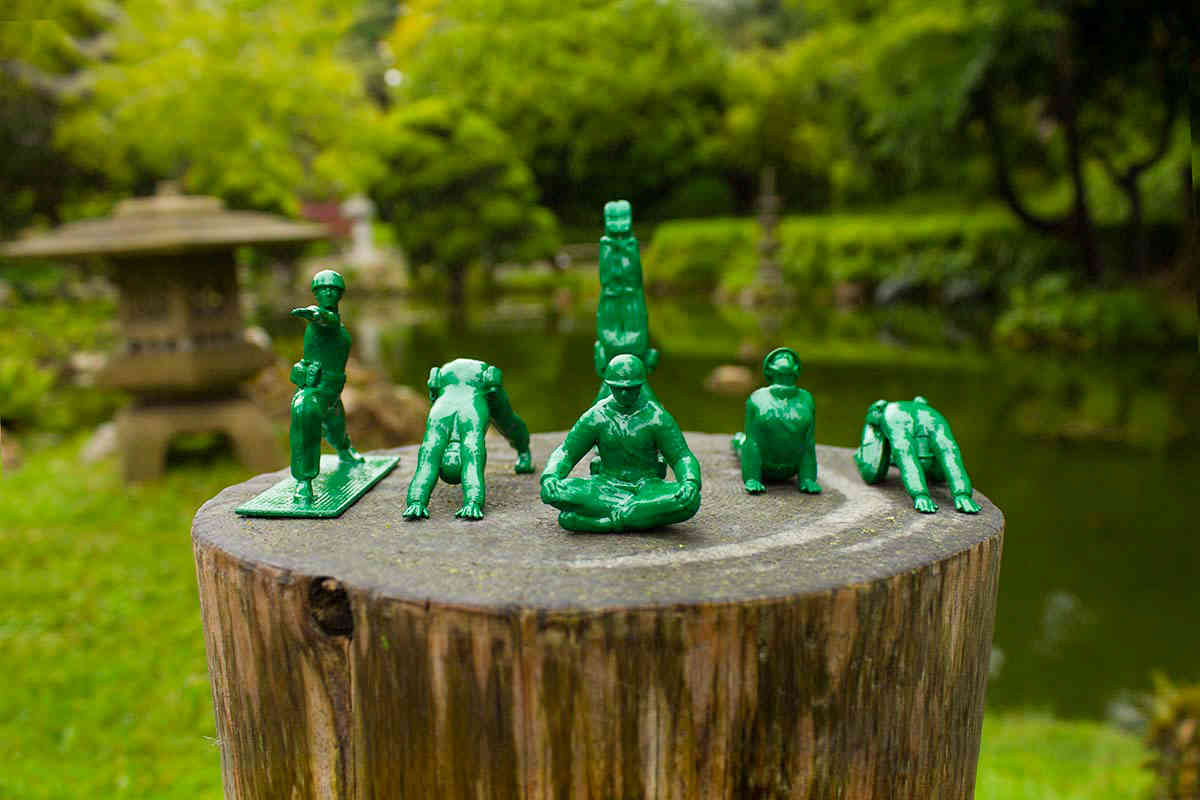