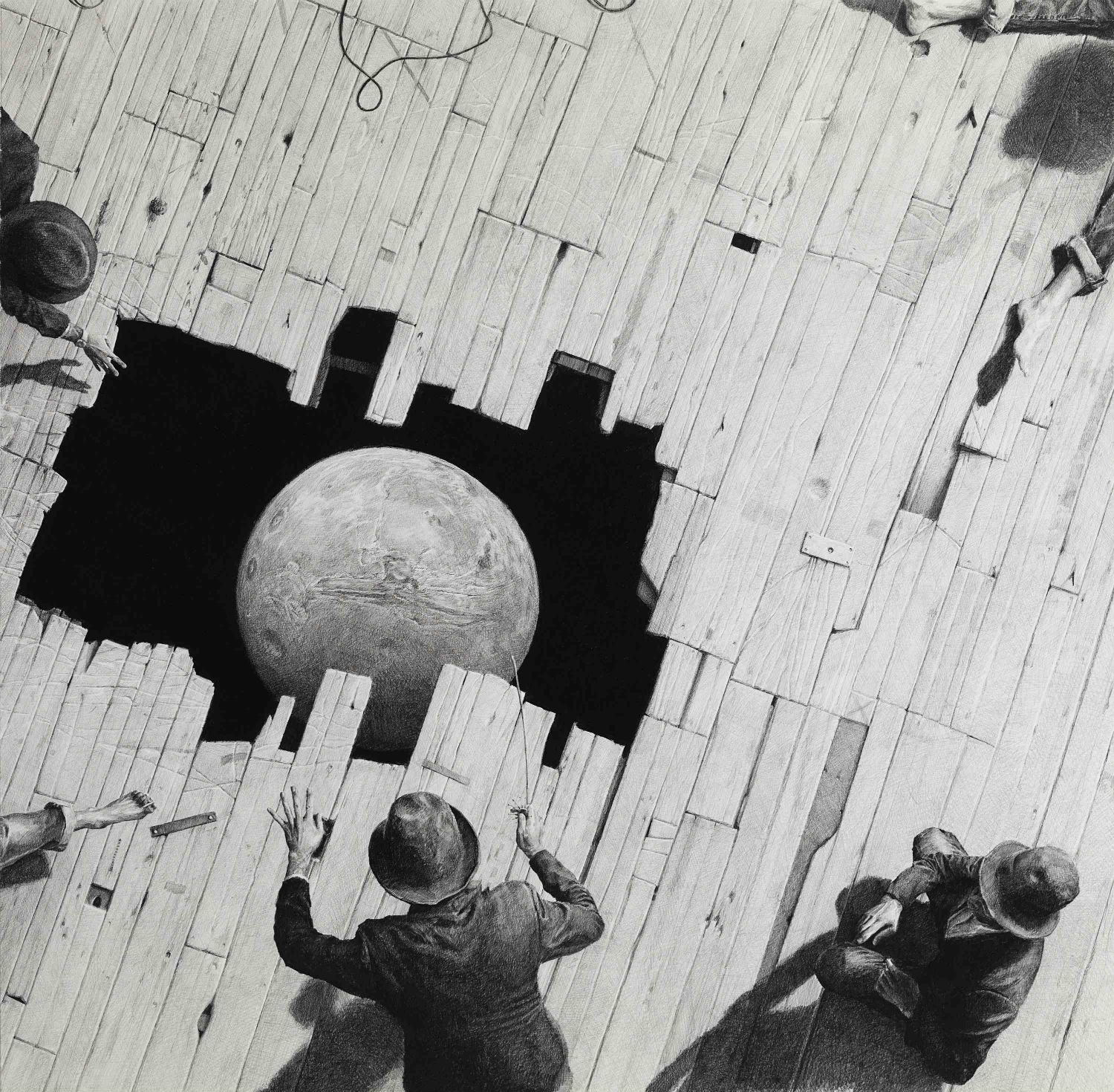 Heavily influenced by both film and photography, artist Ethan Murrow creates grandiose theatrical narratives manifested as large-scale graphite drawings. The artworks are populated with adventurers, inventors and dreamers, in what Winston Wachter gallery calls “characters as outrageous innovators and absurd explorers capturing a sense of adventure, satire, fun and defeat.” Murrow’s latest works involve a series of drawings set in different American states for his show State Flag currently at Winston Wachter in New York through May 2014. You can see much more of his work here and on his website.