All images via Dan Lam

Covered in tiny, multicolored spikes of acrylic paint, Dan Lam's oozing sculptures seem nearly radioactive, glowing as if lit by some unnatural source. The pieces are intended to sit at the edge of a ledge or against a wall, appearing to be pulled by gravity towards the earth. To create these alien-like beings Lam uses polyurethane foam and epoxy resin as a base. Letting the foam grow on its own, she guides the form only slightly, letting drips happen organically.

Lam produced the series as a part of a continued study of beauty and disgust—dually attracting and repelling those that come in contact with her sculptures. “I take cues from nature, food, and the human body,” Lam told The Creator’s Project. “By not directly referencing one thing in particular, I try to create something that addresses both attraction and repulsion, making objects that exist in-between.”

You can see more of Lam’s neon spiked sculptures and drippy forms on her Instagram. (via Booooooom) 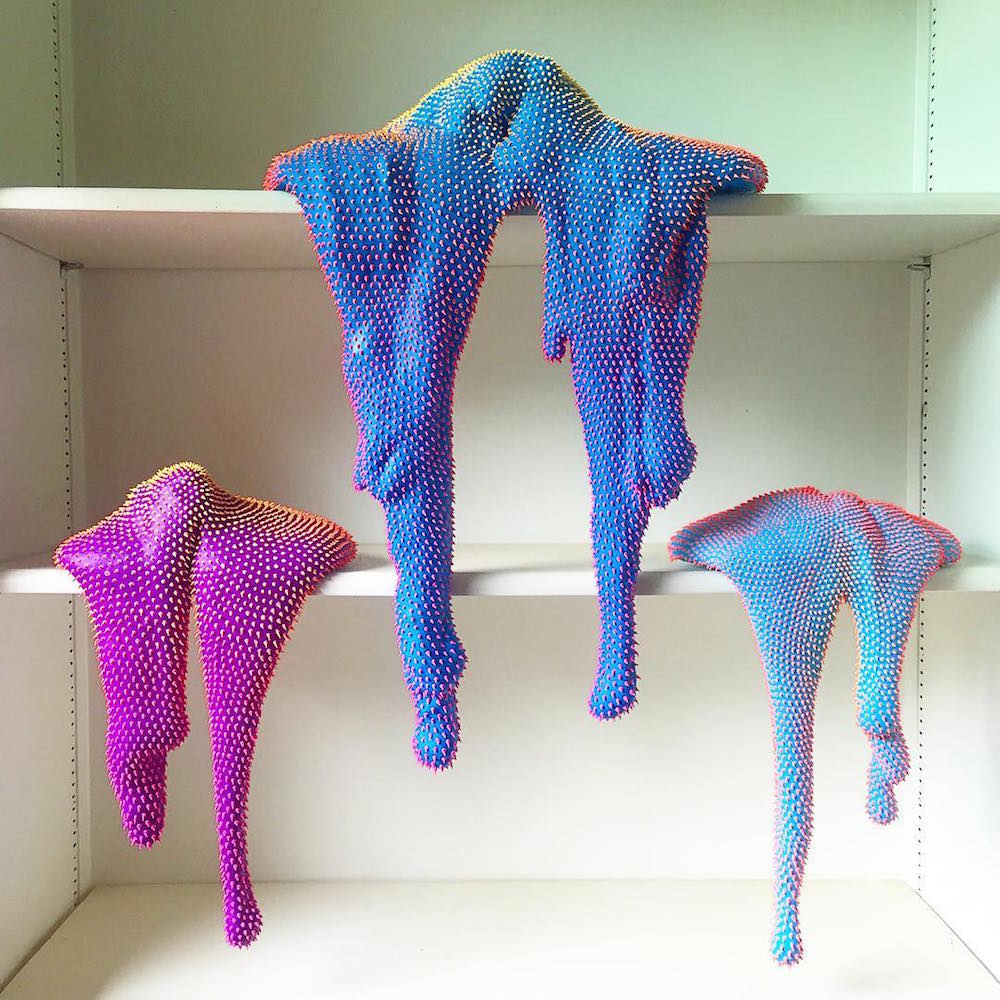 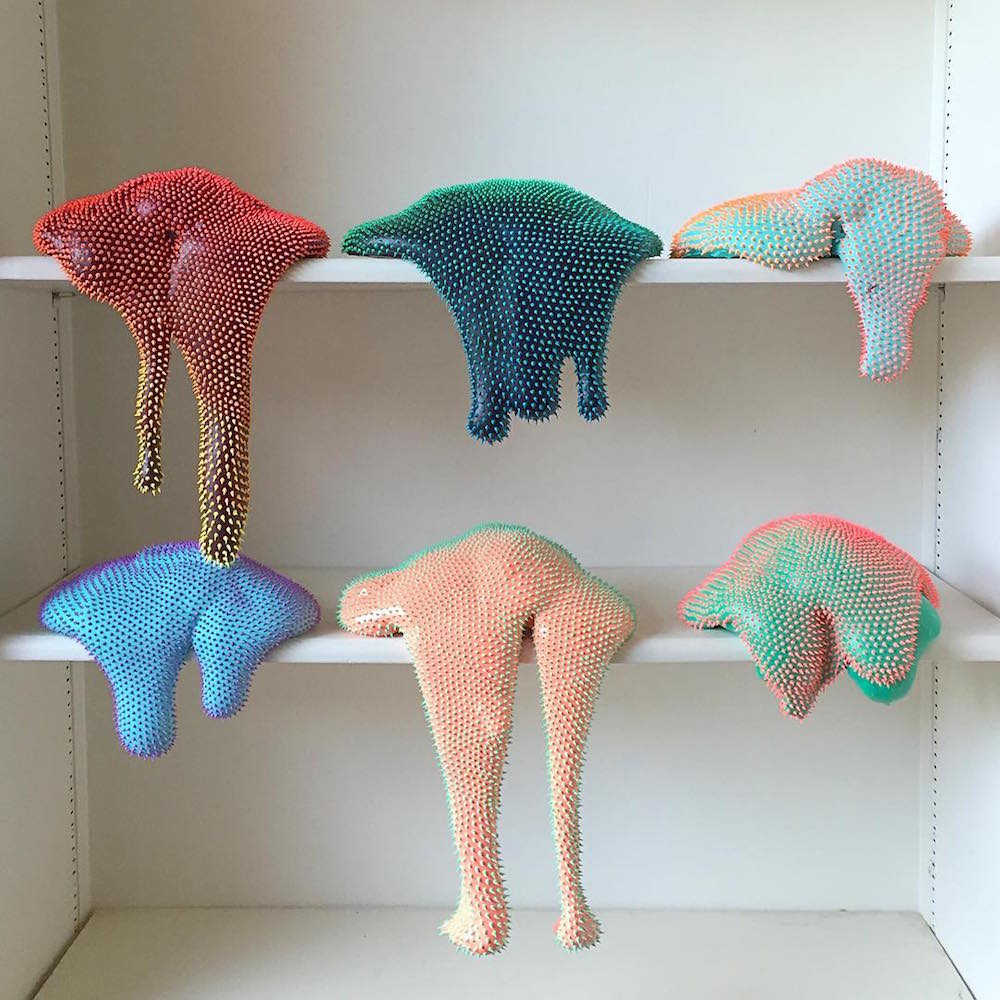 Sorrowful Sculptures Designed in a Three-Part Collaboration Meditate on Life, Loss, and Regeneration