All images provided by Levon Biss

Commercial photographer Levon Biss typically shoots portraits of world-class athletes—sports players caught in motion. His new series however, catches subjects that have already been paused, insect specimens found at the Oxford Museum of Natural History. The series originally started as a side-project capturing the detail of bugs that his son would catch at home, and is now displayed at the museum in an exhibition titled Microsculpture.

During the course of his selection from the museum’s collection Biss rejected more than 99% of the bugs he came across, only choosing those that were of the right size and color. To capture these subjects in such immense detail, each part of the insect required a completely different lighting setup.

“I will photograph an antenna and light that antenna so it looks as best as it possibly can,” said Biss. “Once I move onto the next section, for example the eye, the lighting will change completely. I work my way across the whole body of the insect until I end up with 30 different sections, each photographed individually.” Working in this comprehensive manner required between 8,000 and 10,000 shots for each final image, moving the camera just ten microns (1/7th of the width of a human hair) between each shot. With this volume of imagery, it takes over two weeks for Biss to complete each photograph start to finish.

You can see Microsculpture through October 30th at the Oxford University Museum of Natural History where the images are displayed next to their actual specimens. In case you can’t make it to the UK, you can take a detailed look at all 22 of Biss’s images on his interactive Microsculpture website. 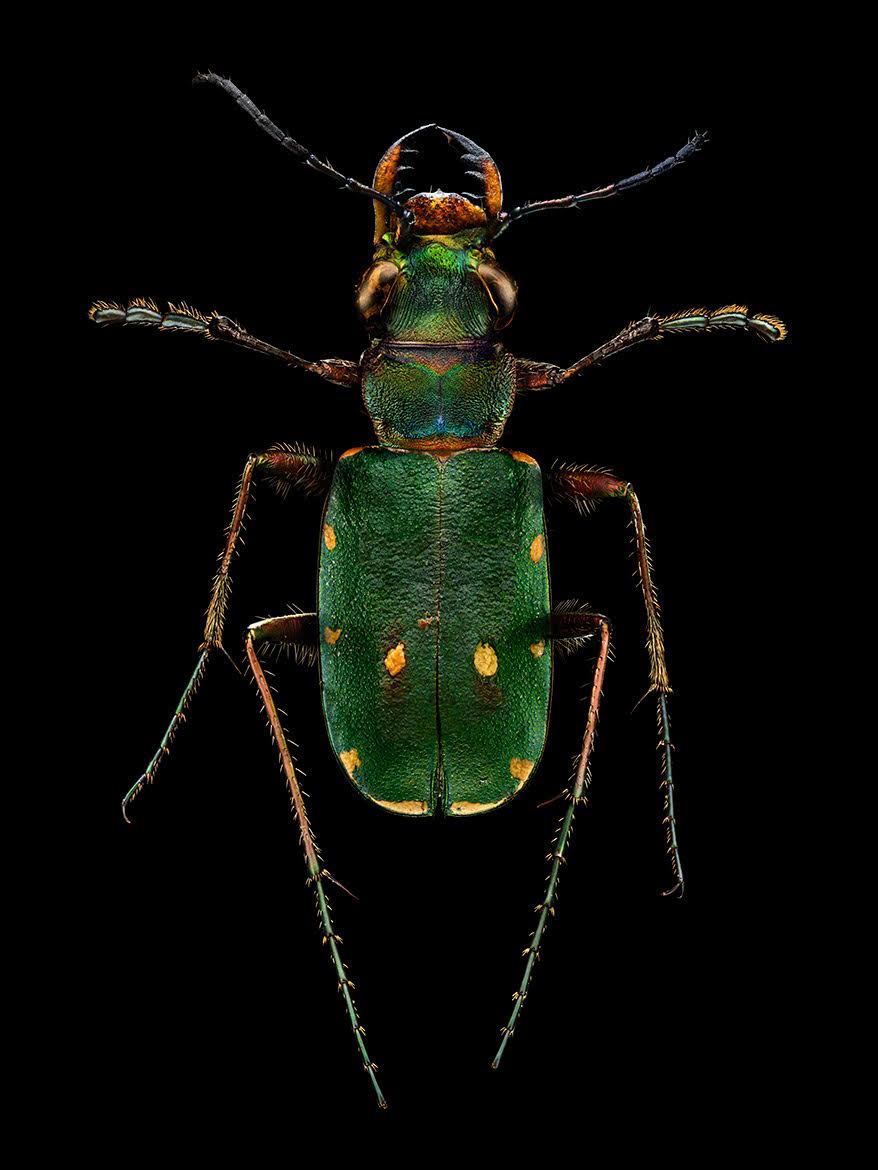