For his latest photo series Urban Fog, photographer Andy Yeung launched a DJI Phantom 3 from Victoria Harbor in Hong Kong to capture the city at night while covered in mist. Yeung said he was inspired by a similar project of the city photographed during the day, and was intrigued to see how he could present the city lights at night as they illuminated the fog. The photos are remarkable for their likeness to a thunderstorm with the cool lights of the city glowing inside the fog like flashes of lightning. You can see more of Yeung’s work on his website. (via Designboom) 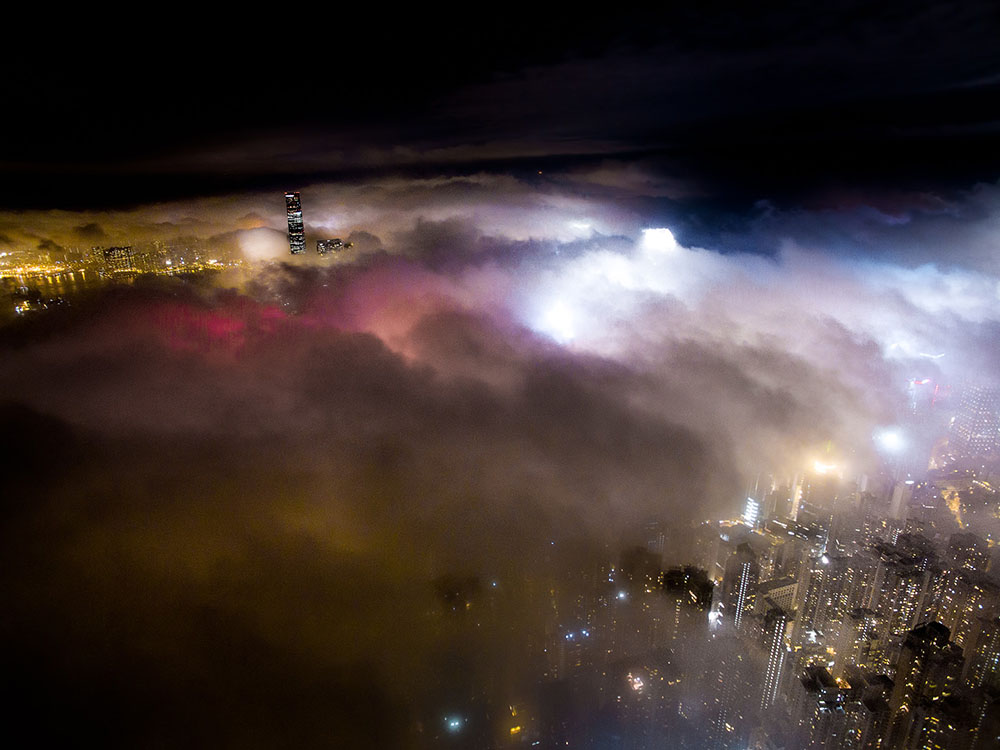