This weekend, word spread via Facebook that a large circle of ice was spinning in small river just outside of Seattle. After seeing a quick video of it in her feed, photographer Kaylyn Messer jumped in her car and was fortunate to witness the incredible sight of this gargantuan ice disc as it spun in the current of the Middle Fork Snoqualmie River.

“The ice circle was pretty captivating,” Messer shared with Colossal. “You can hear the sound of the river flowing continuously. Sounds from the ice periodically interjected with very small sharp cracks and groans. Overall, it was a quiet experience to stand along the river watching the ice circle rotate.”

Ice circles are a fairly rare phenomenon that occur mostly in North America and Scandinavia in slow moving rivers during the winter. The discs are formed when a large piece of ice breaks off in the river creating an effect called ‘rotational shear’ where the current slowly grinds away at the free-floating chunk until its smoothed into a perfect circle.

Messer shares more photos and videos of the ice disc on her blog. 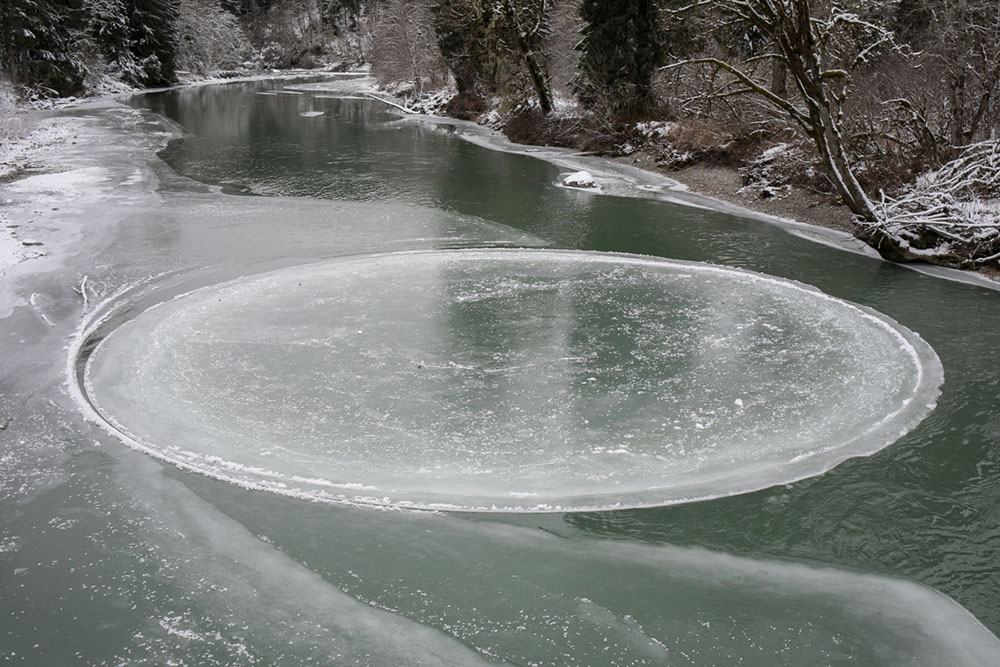 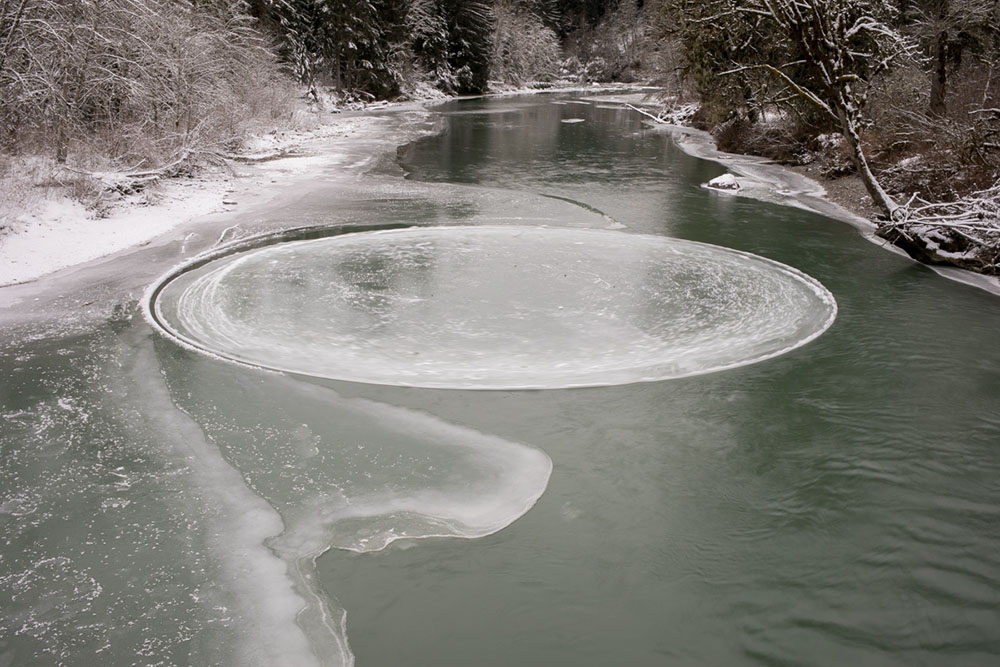 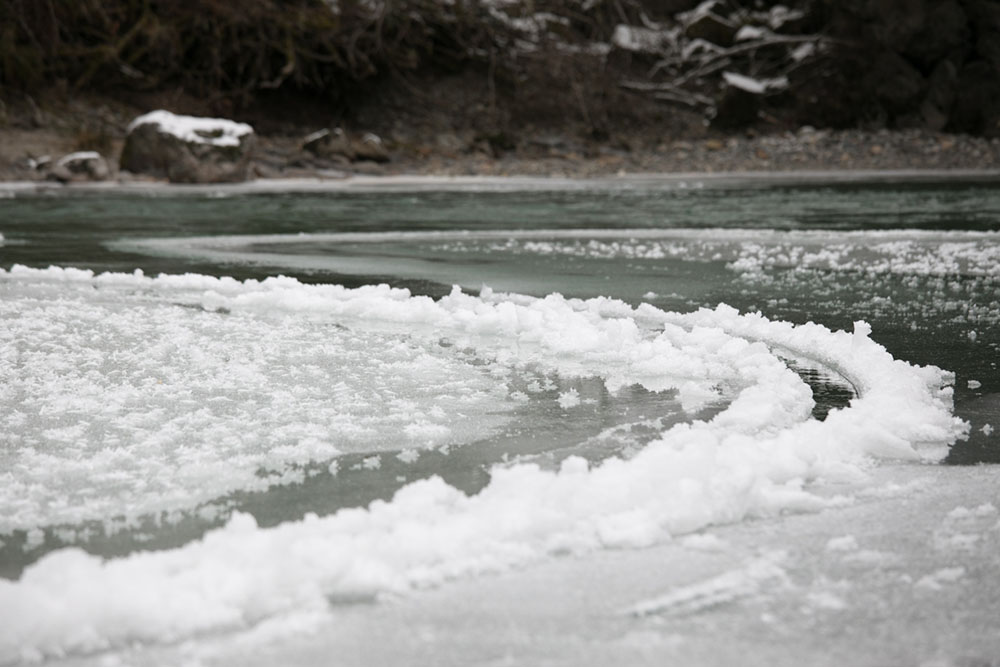