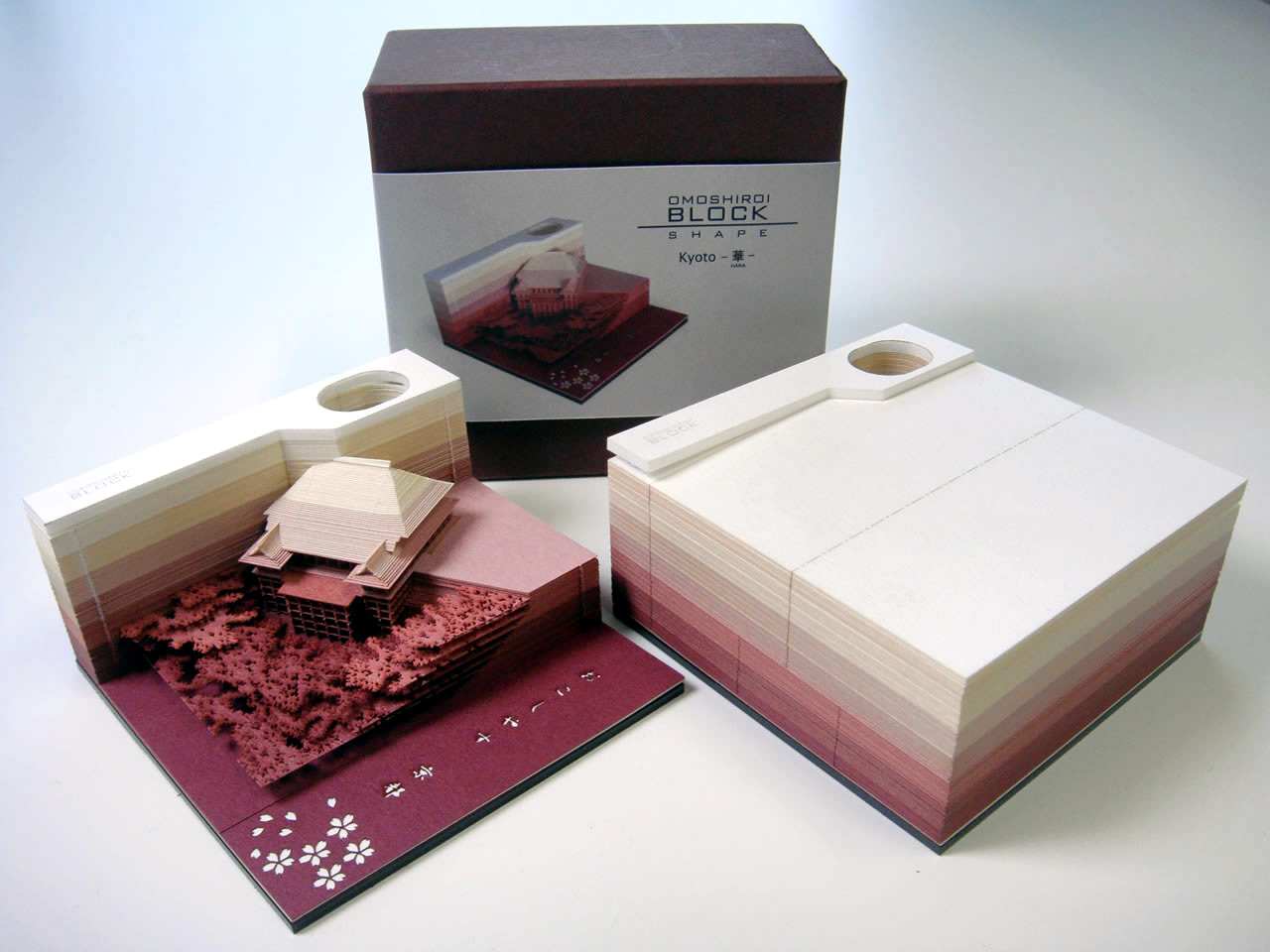 Leave it to the stationery-loving Japanese to come up with a new way to enjoy writing notes. The Omoshiroi Block (loosely translated as ‘fun block’) utilizes laser-cutting technology to create what is, at first, just a seemingly normal square cube of paper note cards. But as the note cards get used, an object begins to appear. And you’ll have to exhaust the entire deck of cards to fully excavate the hidden object.

Produced by Japanese company Triad, whose main line of business is producing architectural models, the Omoshiroi Blocks feature various notable architectural sites in Japan like Kyoto’s Kiyomizudera Temple, Tokyo’s Asakusa Temple and Tokyo Tower. The blocks are composed of over 100 sheets of paper and each sheet is different from the next in the same way that individual moments stack up together to form a memory.

But despite the declining cost of laser-cutting technology, the Omoshiroi Blocks are still quite expensive and range from around 4000 yen to 10,000 yen, depending on their size. Getting your hands on one will also be tricky for the time being as they’re currently only available at the Tokyu Hands Osaka location. But you can keep up with updates from the company by following them on Instagram. (Syndicated from Spoon & Tamago) 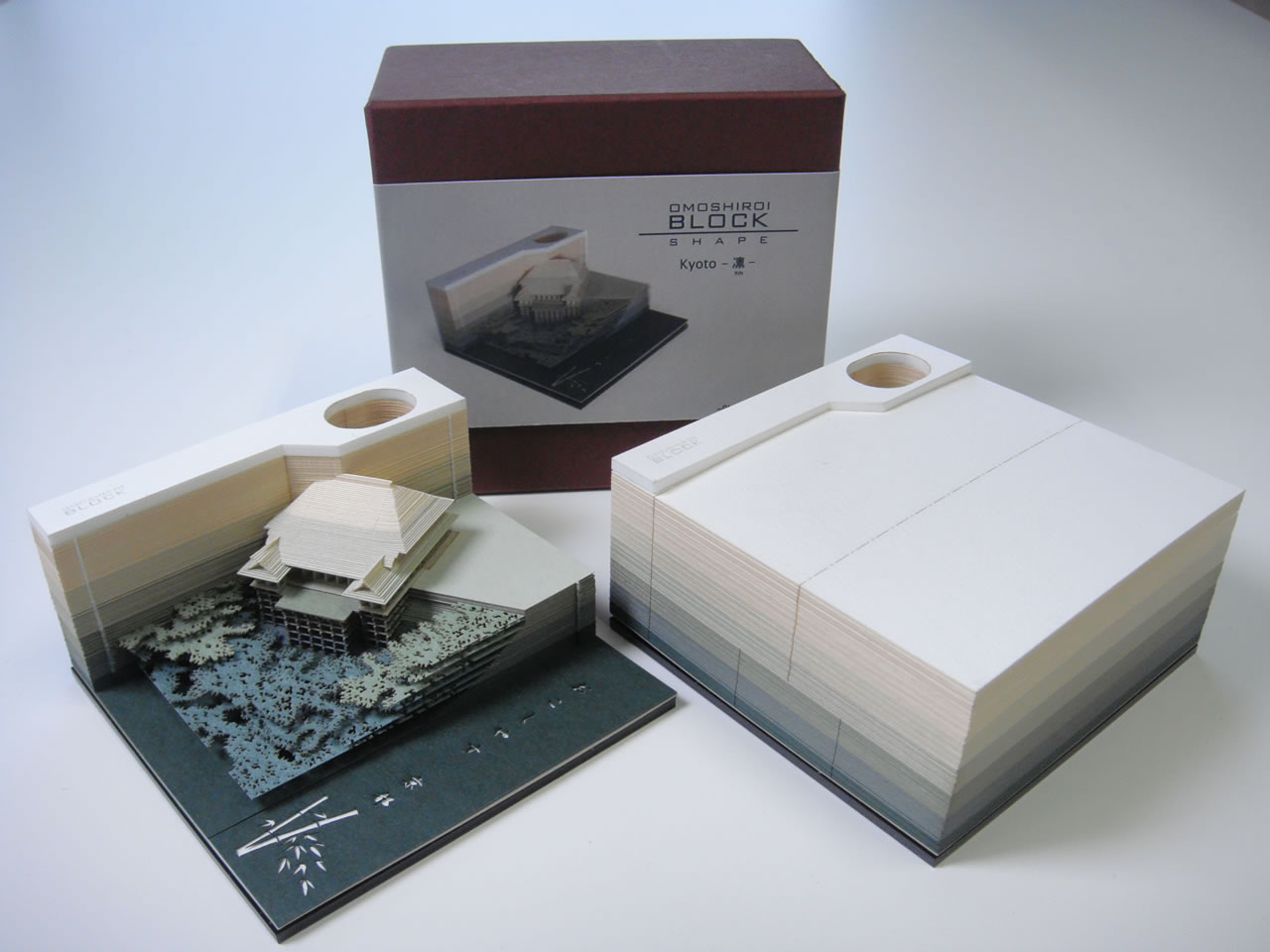 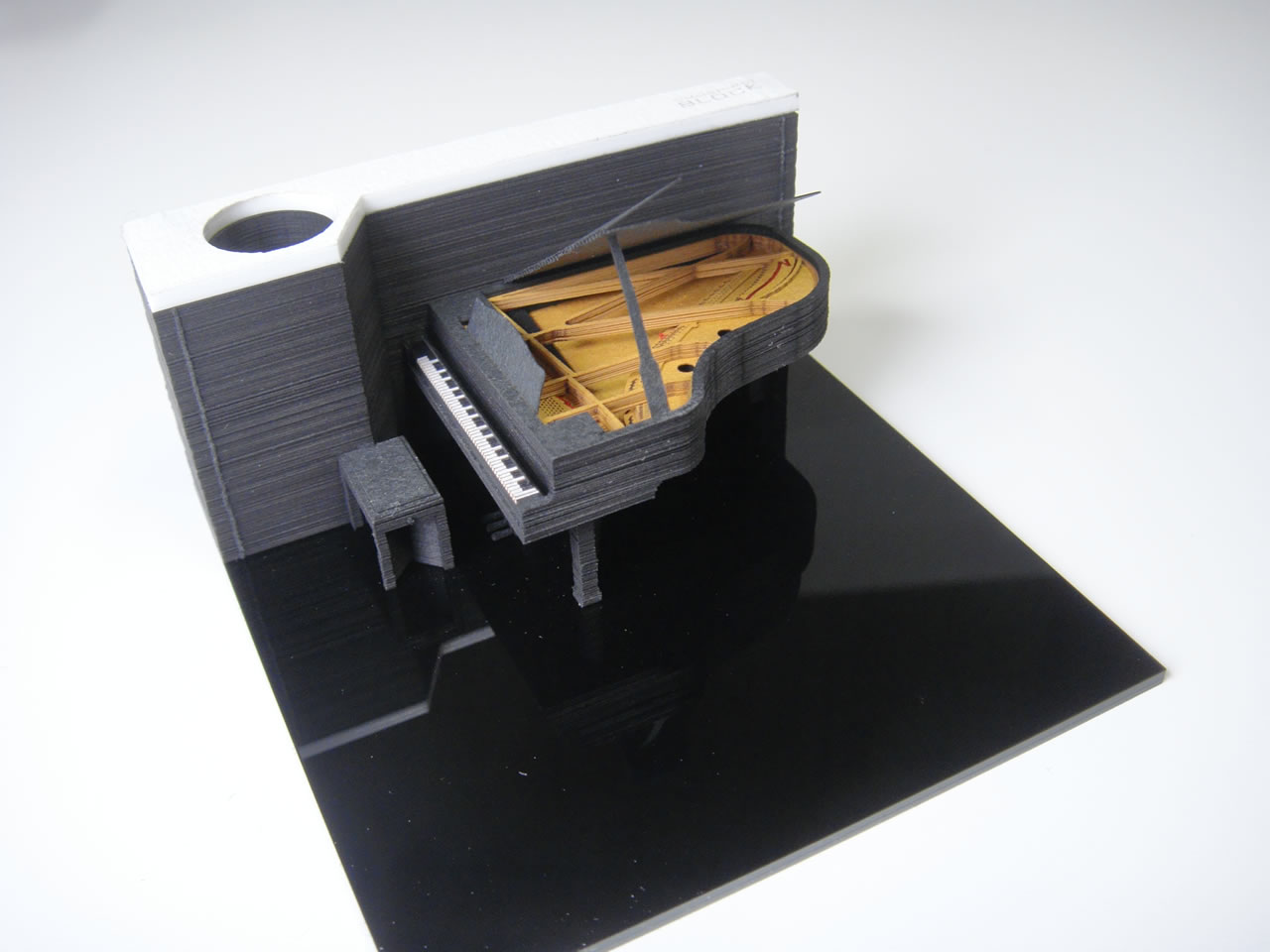