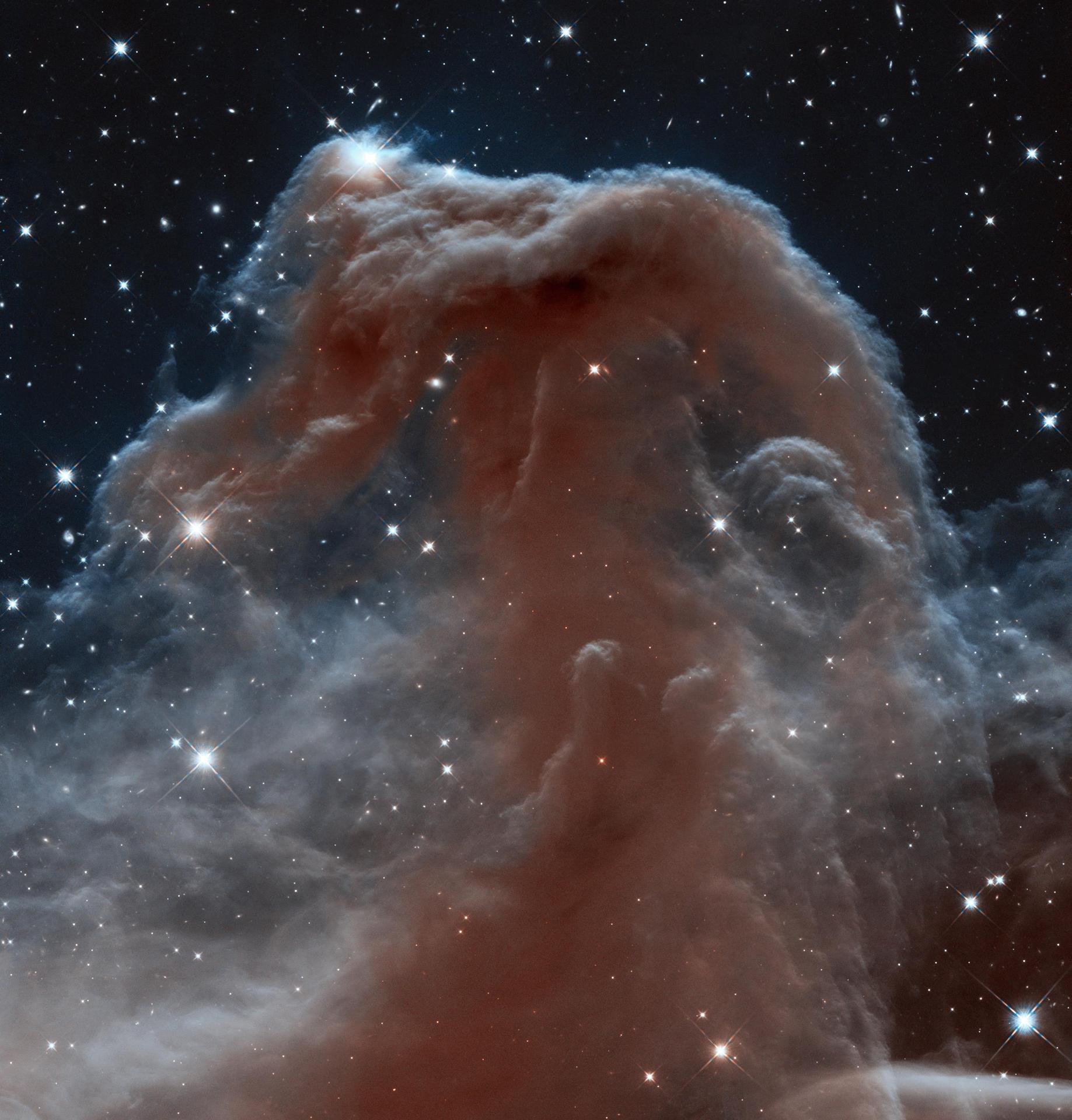 Backlit wisps along the Horsehead Nebula upper ridge are being illuminated by Sigma Orionis, a young five-star system just off the top of this image from the Hubble Space Telescope

The National Aeronautics and Space Administration (NASA) has created a library of 140,000 high definition files filled with photos, videos, and sound clips, all free and available for download. Visual and audio content of planets, moons, nebulas, and specific space missions, are searchable by file type. The library spans the last hundred years, and users can narrow searches to focus on any timeframe between 1920 and 2019. Each file also contains a thorough caption including the date and contextual information about the content. Explore the library on NASA’s dedicated website and see more updates from space on the Administration’s official Instagram. (via fubiz) This view of Jupiter was taken by Voyager 1. This image was taken through color filters and recombined to produce the color image