Japanese artist Naoto Hattori imagines small fluffy animals with healthy doses of fantasy and some unnatural hybridization. The painted creatures often feature round heads and disproportionately large and reflective eyes. Cat-birds with mushrooms growing on their furry heads and other mashup beasts toe the line between whimsical and eerie thanks to large eyes that reveal unseen forests and landscapes.

These acrylic paintings are small, typically measuring less than 3 inches by 3 inches when unframed. The artist’s style has been labeled as pop surrealist, but Hattori says it’s just what he sees in his mind. Hattori tells Colossal that he has been drawing eyes since he was three years old. “When I closed my eyes, I could see a colorful eye like a mandala and it kept changing shape like a kaleidoscope. I drew hundreds of the eye images. Back then, I was thinking that it was something everyone could see.”

Hattori continued painting eyes as he got older and earned a BFA in Illustration from the School of Visual Arts. The creatures in the paintings are avatars for the artist entering the world of his imagination.

I’m not particular about surrealism, but I like to draw an image which can’t be expressed in words, such as feelings, thoughts, and emotions in my mind. The eye feels like an entrance to the world of visionary memories. I often paint a piece which visualizes myself as a hybrid creature entering the visionary world. The images are twisted but it feels like meditation and calms me down.

Naoto was born in Japan, moved to New York to study art, and has shown in galleries around the world, including Beinart Gallery in Melbourne, Corey Helford in Los Angeles, and Modern Eden in San Francisco. Prints of many of his animals paintings are available to purchase directly from the artist’s online store. To look into the eyes of more of Naoto Hattori’s hybrid creatures, follow him on Instagram. 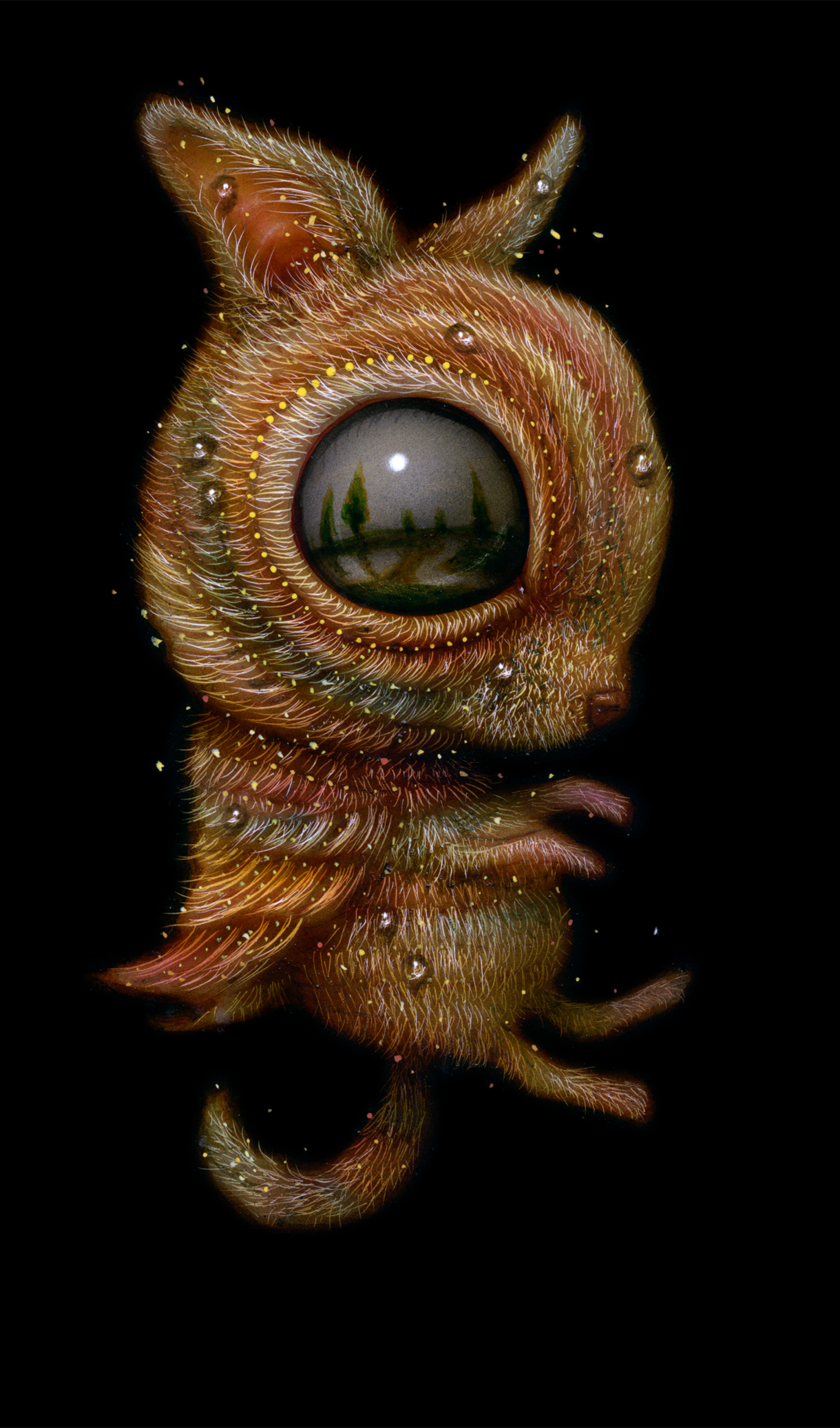 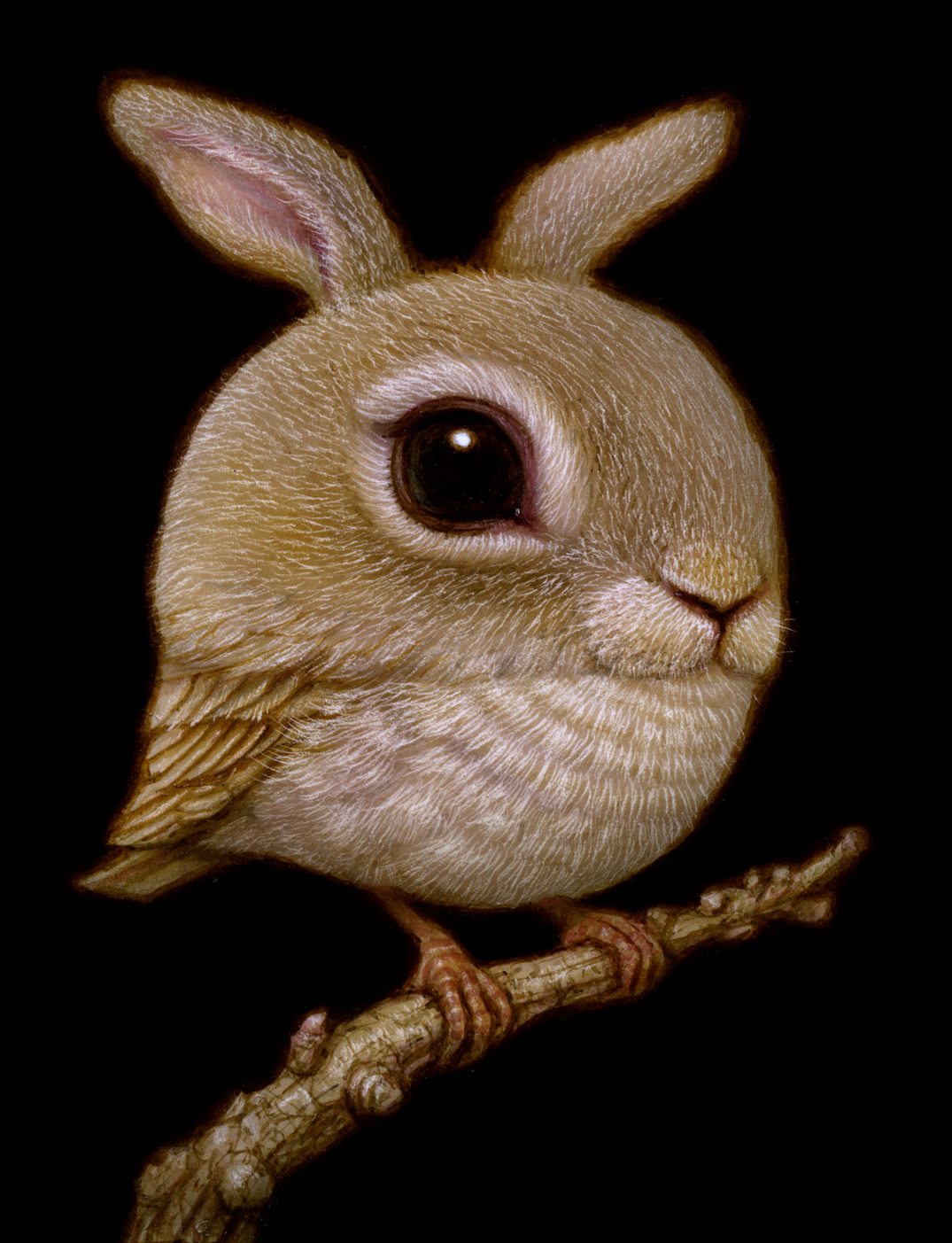 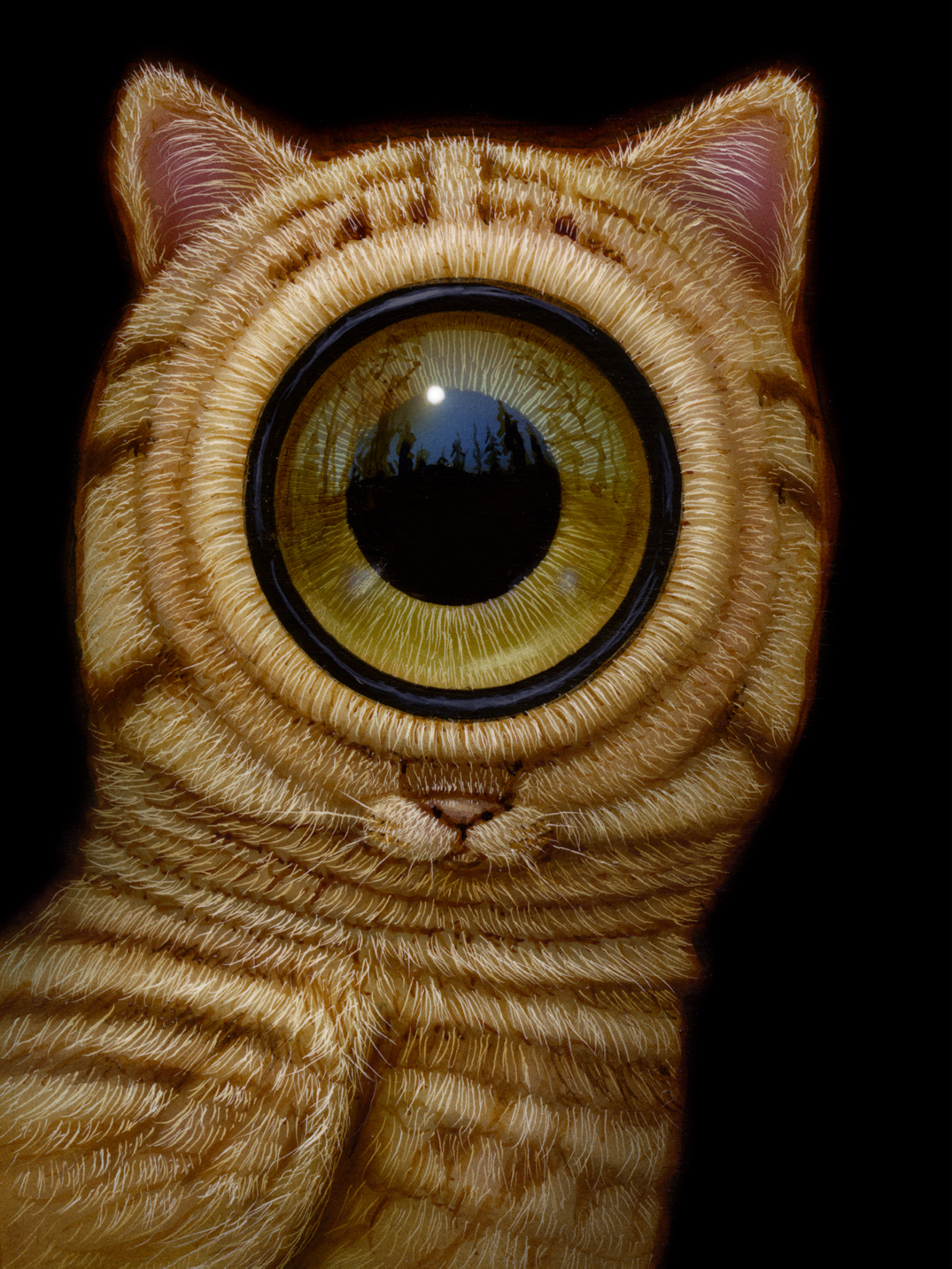 Found Stones Peer Back at Viewers with Painted Eyes