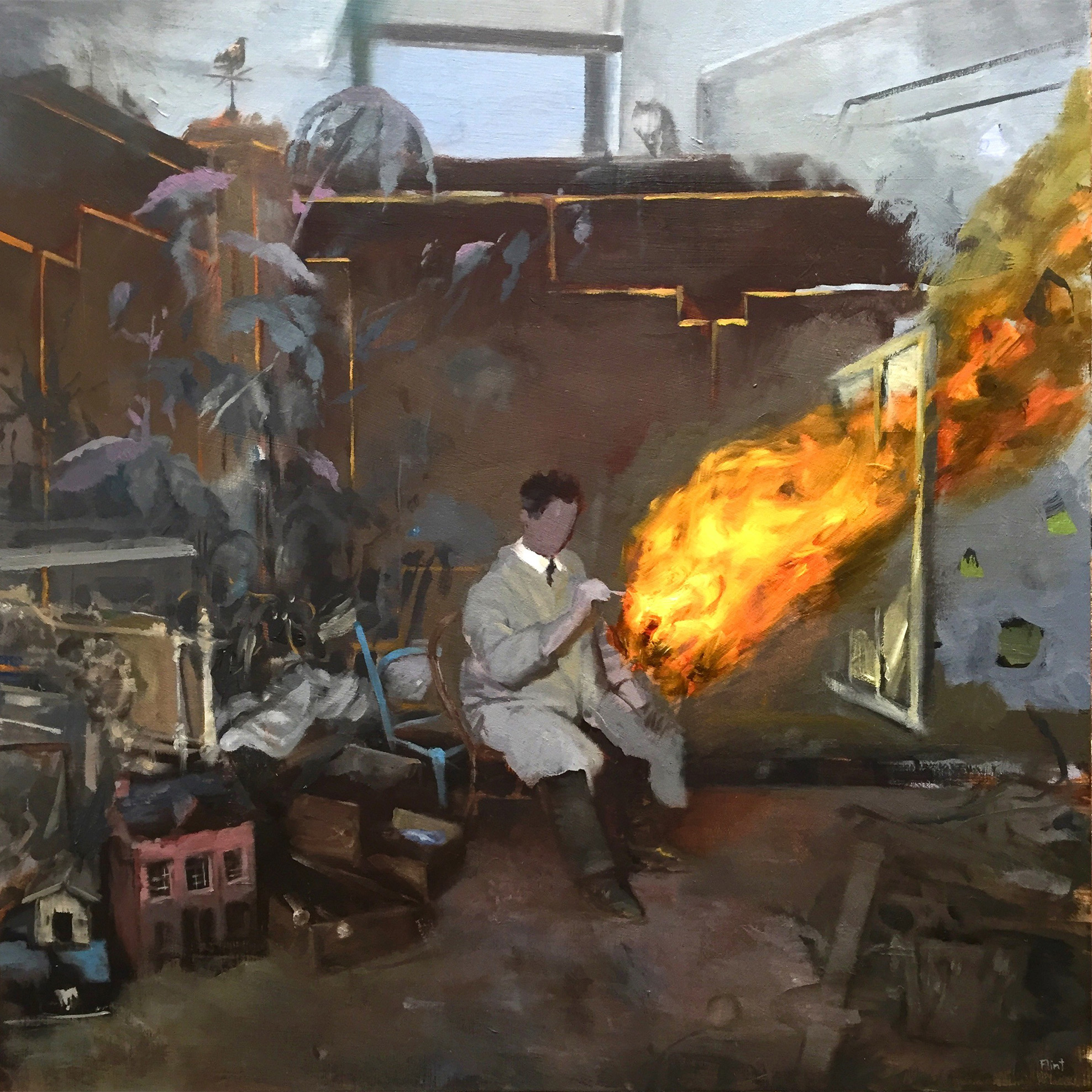 Through hazy lines and obscured faces, Joshua Flint (previously) reflects on the blurriness of in-between states in his most recent paintings. “Big Earth” shows a group of kids reaching up toward red- and pink-hued orbs that are set on a shadowy backdrop, while “Memory of Nature I” features a portrait of a man with a nondescript face as an enlarged hummingbird flies so close that it appears to be drinking from the man’s mouth.

The Portland, Oregon-based painter tells Colossal that much of his newer work is influenced by Rebecca Solnit’s A Field Guide to Getting Lost, which inspired him to consider the link between the interiority and exteriority of human movement. “These paintings have a loose narrative of exploring this unknown territory, these liminal spaces, and the people who populate them,” he says. “I continue to explore themes such as memory, ecological issues, pyscho-geography, identity, loss, and transformation.” Flint says that each body of work elicits a new line of thought for the next project.

What I’ve noticed over the last few years is that I’m making a sort of alternate reality, a kind of parallel world or a world that exists under the surface, where the physical and the metaphysical blend in more obvious ways. This world also relates to literature, poetry, philosophy, science and nature writing rather than current events or the historical canon. Although, I think some of those latter themes inevitably find their way in.

Flint’s upcoming plans include creating a companion to “The Exhibit,” in addition to expanding the story around the subject in “The Messenger,” which are included below. From March 6 to 28, he’ll have a solo show at Robert Lange Studios in Charleston, South Carolina. Until then, follow more of his surreal work on Instagram. 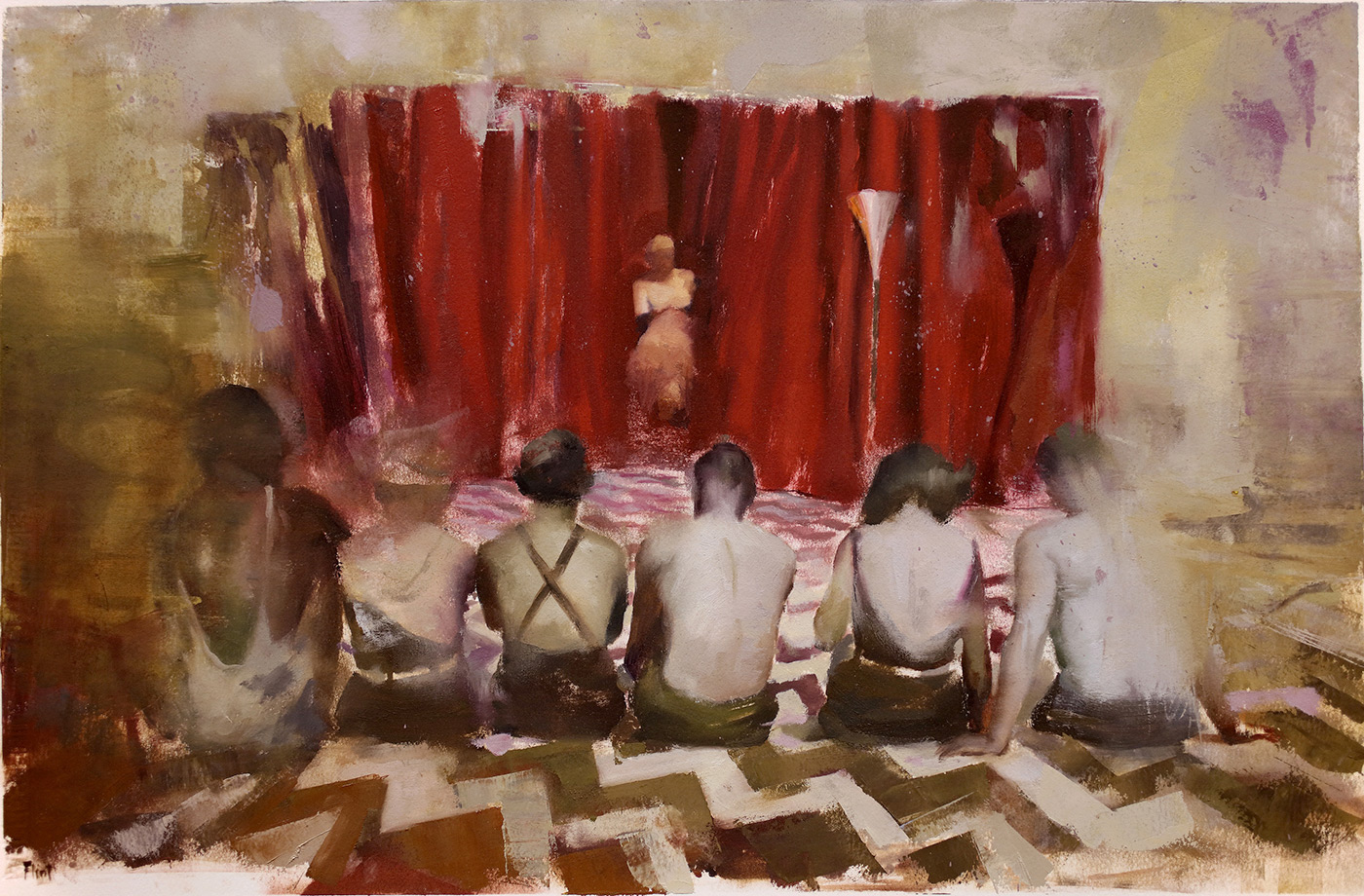 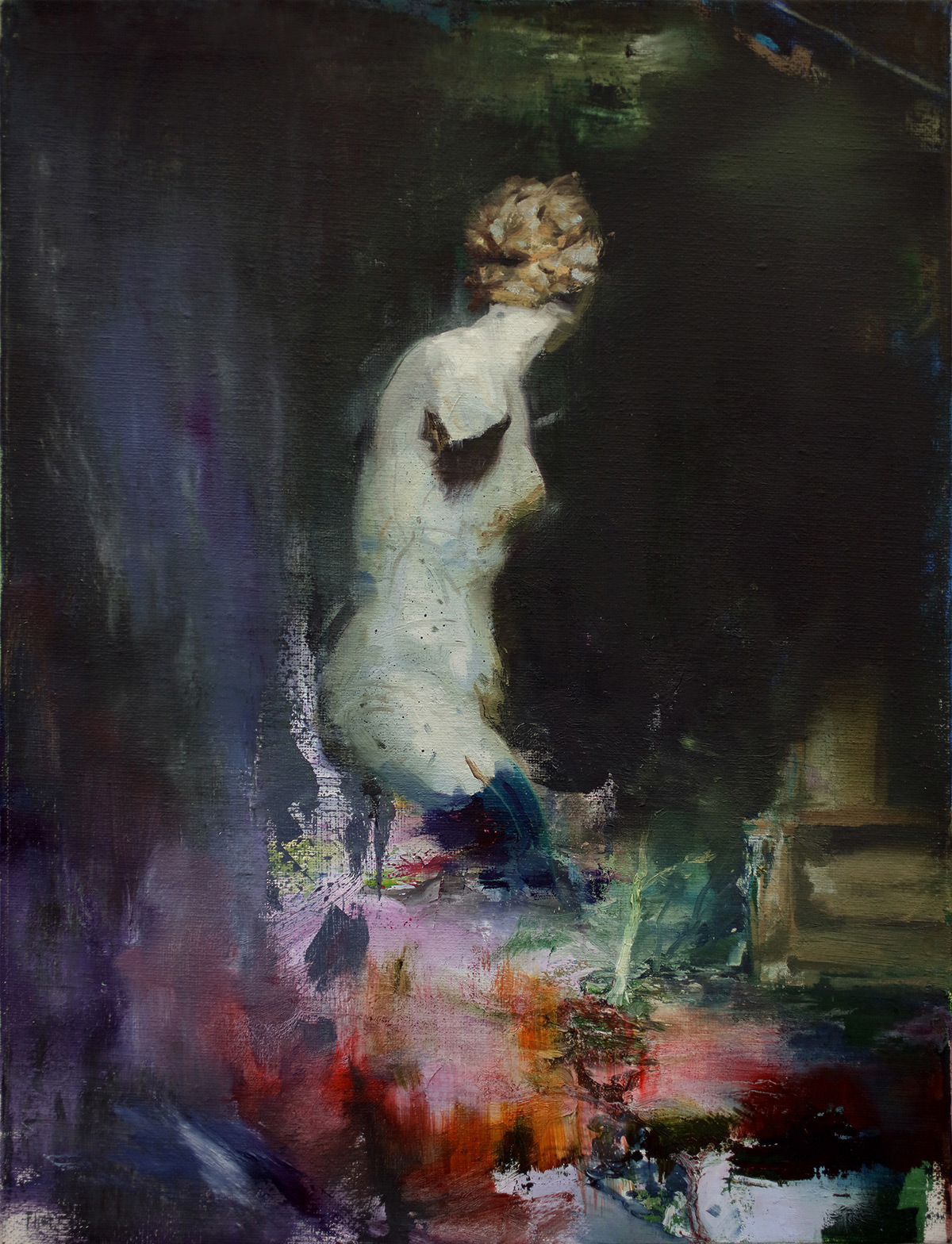 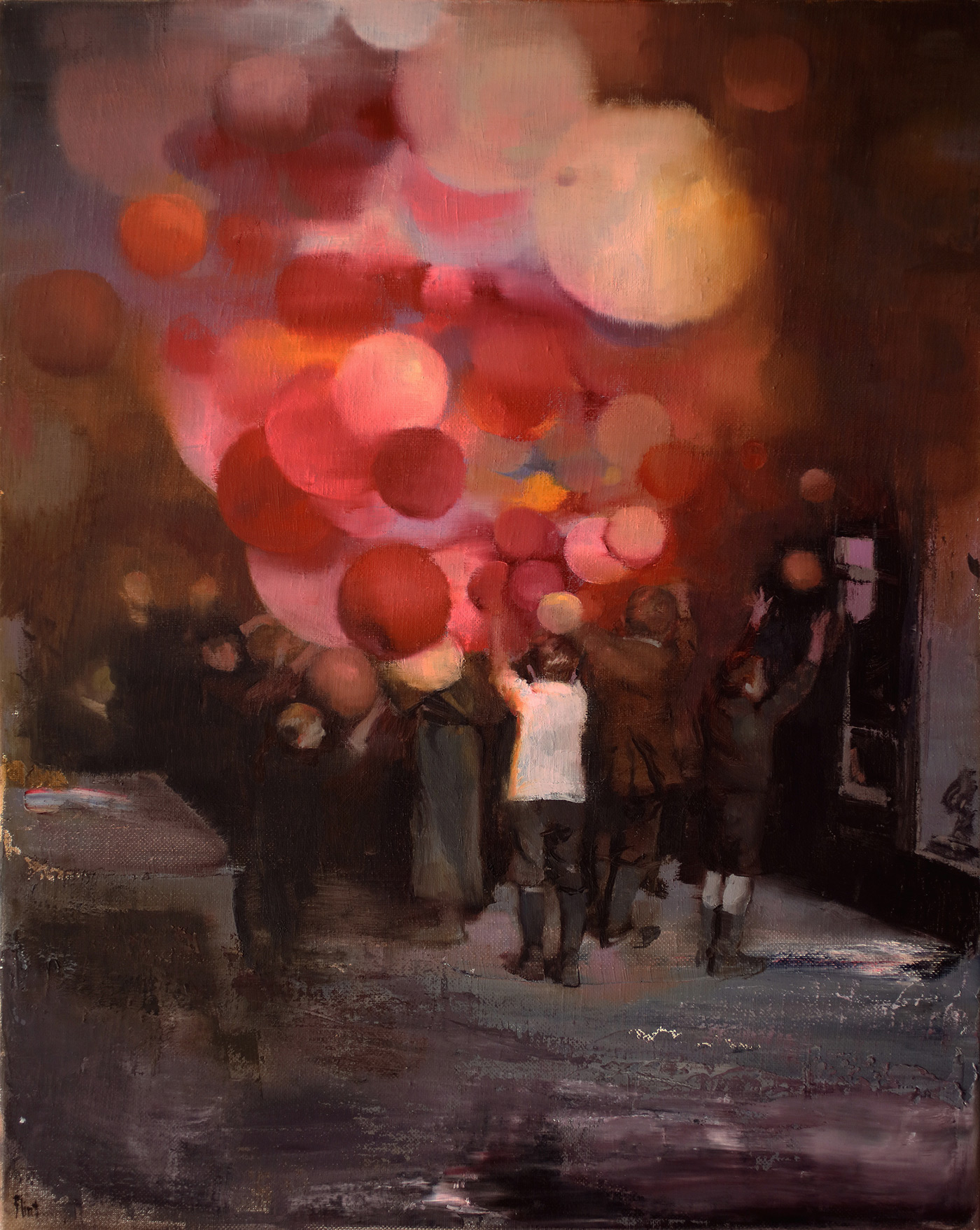 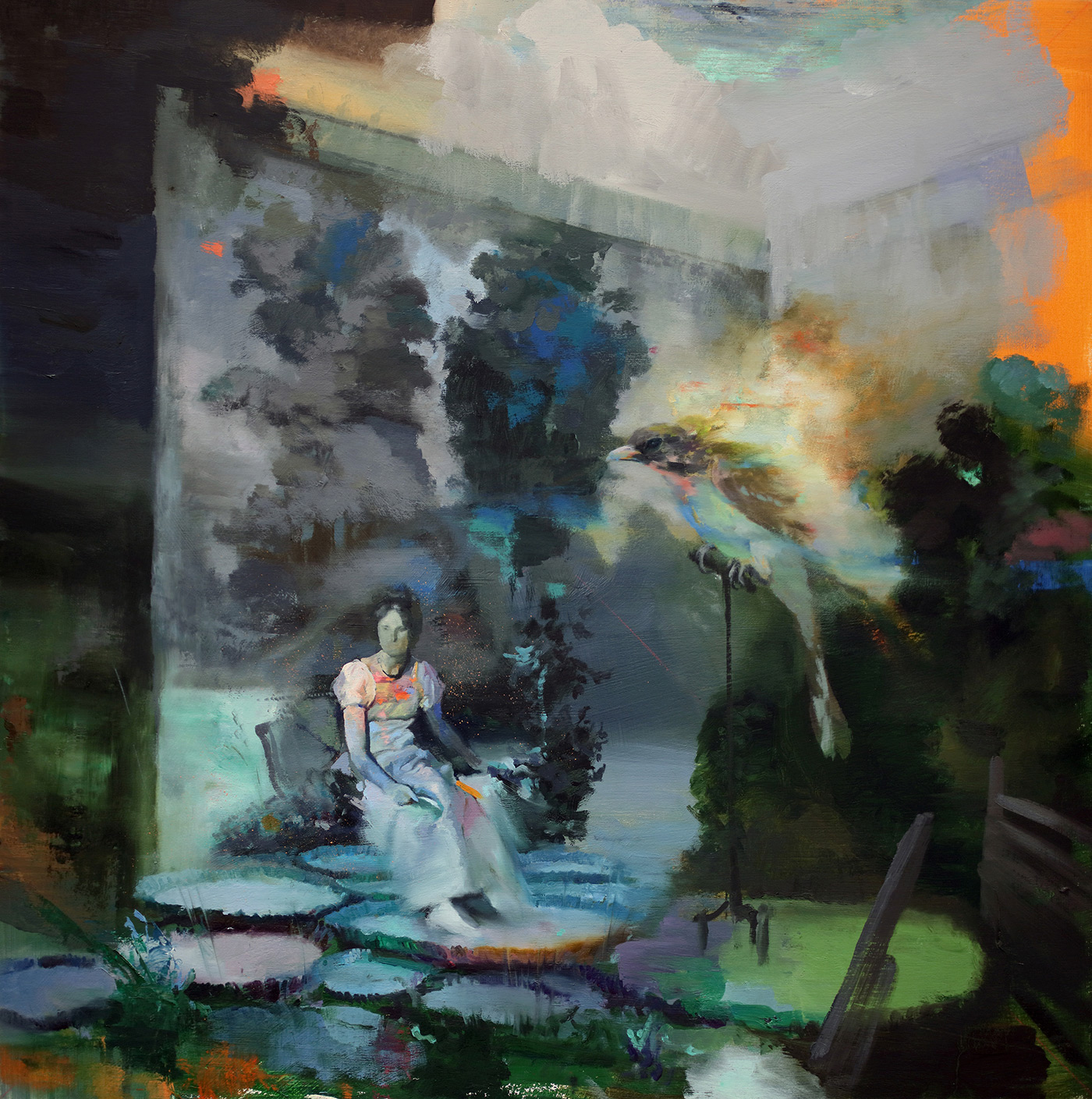 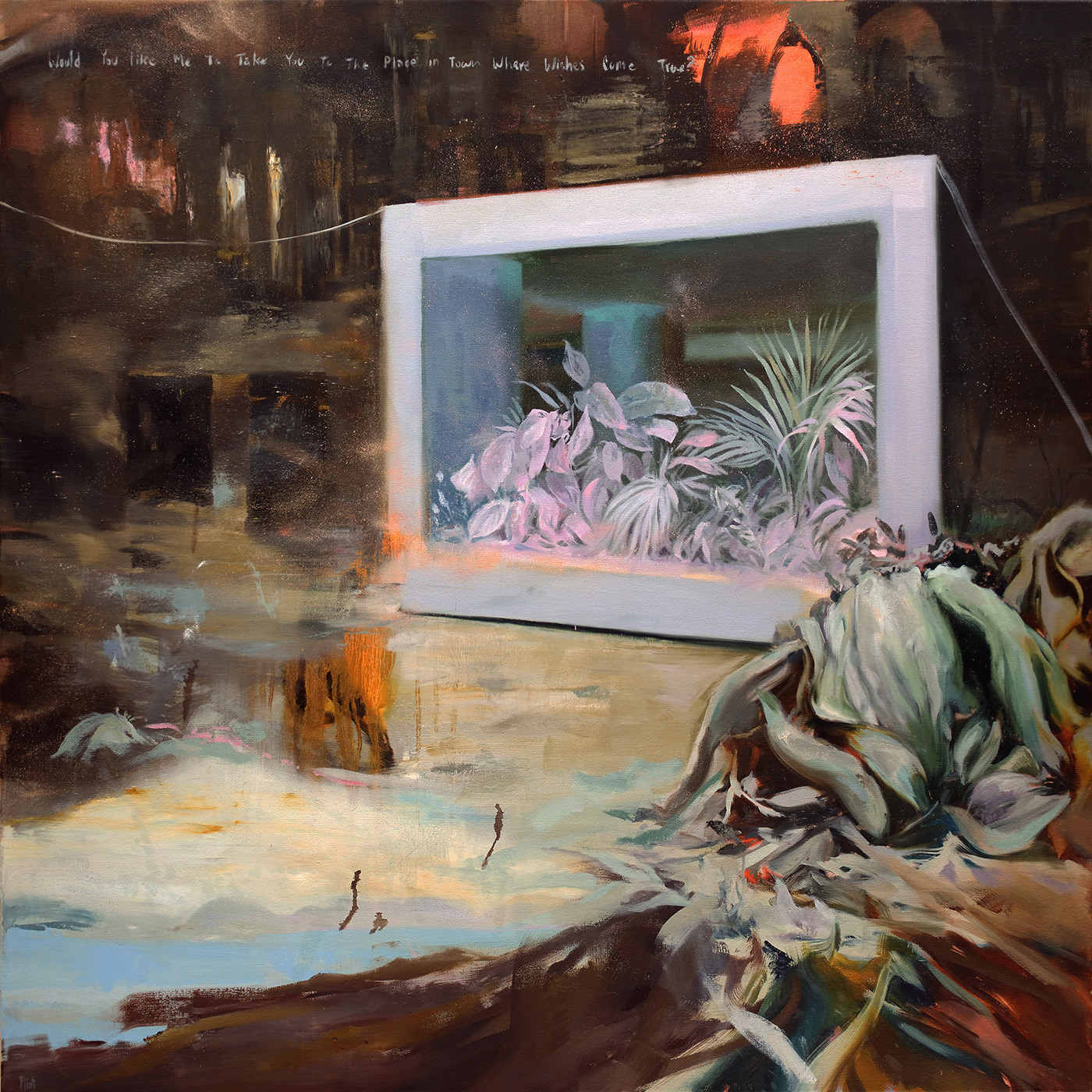