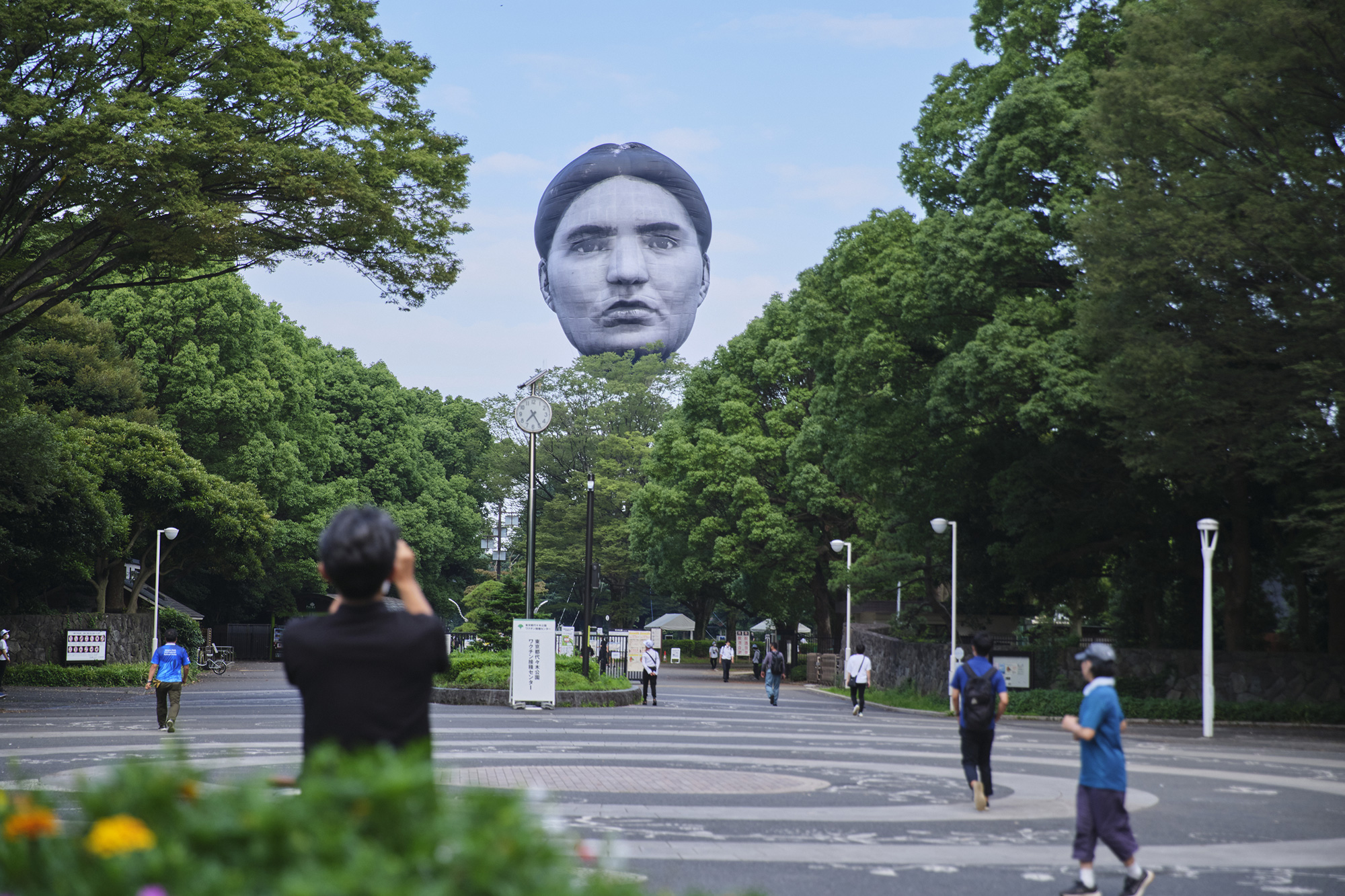 An unlikely sight was spotted hovering over Tokyo earlier this month in a disorienting installation by the Japanese collective 目 (Mé). Titled “Masayume” or “prophetic dream,” the eerie artwork featured a giant human face printed on a balloon, which launched above the city on July 16 as part of the Tokyo Tokyo Festival, an event organized to coincide with the start of the Olympics.

Bizarre and unexpected for most passersby, the single-day piece was derived from a dream Mé artist Kojin Haruka had as a teen. “‘Masayume’ will be carried out suddenly and without prior notice nor a clear reason, just like an image a 14-year-old Japanese girl saw in a dream, momentarily disabling the ordinary,” a statement reads. “The face will be gazing back at us from the sky in the midst of this pandemic. It is as though we are a part of the spectacle.”

“Masayume” is a follow-up to a 2013-2014 project titled “Day with a Man’s Face Floating in the Sky” (shown below) that floated a similar black-and-white balloon over Utsunomiya City, Tochigi. Each of the anonymous figures depicts a real person, and about 1,400 people applied to have their faces loom over Tokyo this round.

Mé’s work is on view at the Towada Art Center in a three-part group exhibition that runs through May 29, 2022. Check out the collective’s Instagram for more of its large-scale projects, including a massive wave sculpture rippling through a museum. (via Spoon & Tamago)

Update: “Masayume” took to the air again on August 13, 2021, as it floated above eastern Tokyo.