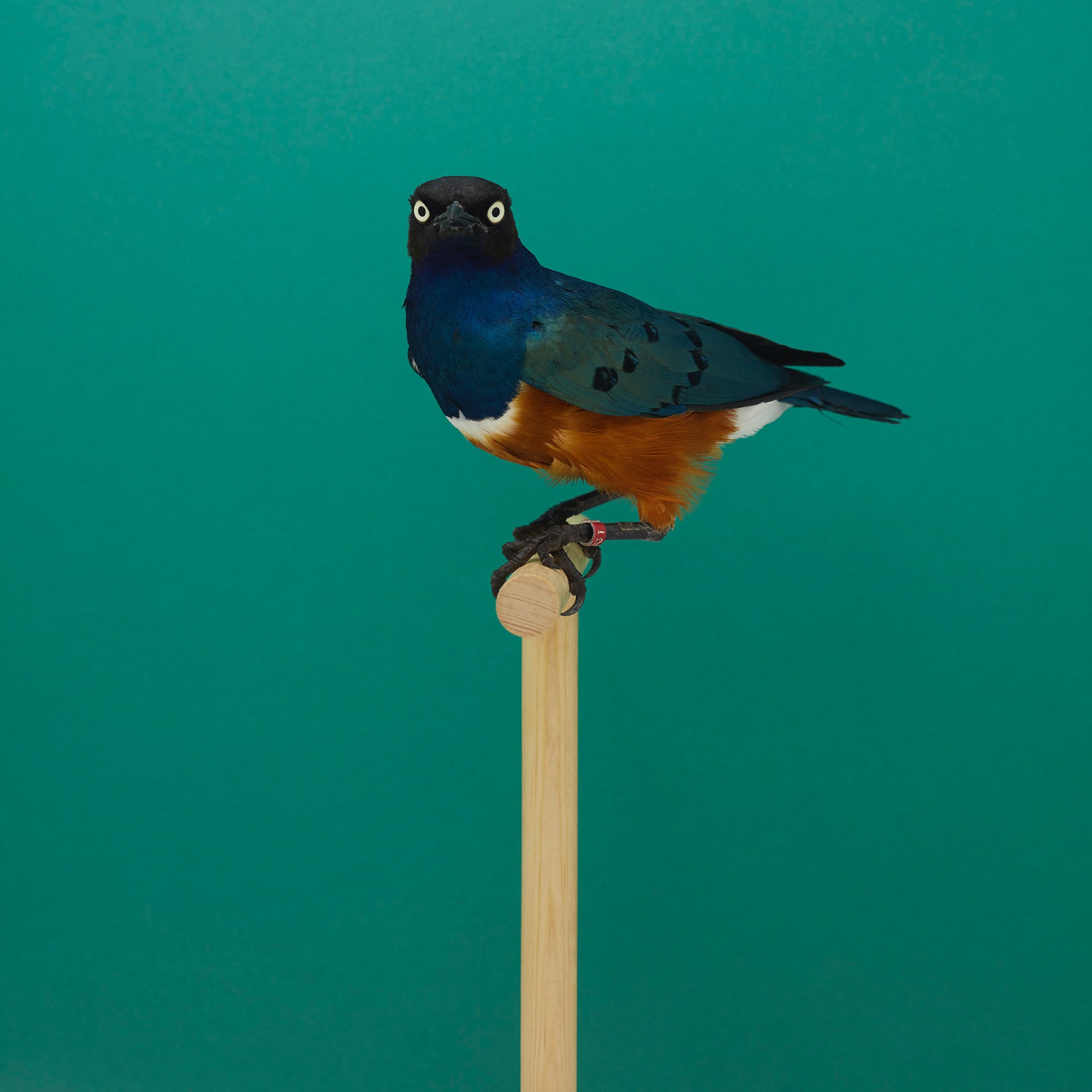 For the better part of a decade, U.K.-born, Stockholm-based photographer Luke Stephenson has been fascinated by show birds, their impeccably groomed feathers, and undeniably unique personalities. Whether centering on a white-eyed Zosterop or confrontational Spereo Starling, his portraits are minimal with monochromatic backdrops that accentuate the distinct colors and patterns of each plume.

The ongoing series, titled An Incomplete Dictionary of Show Birds, originated with Stephenson wanting to photograph budgies but was intrigued by other species when he met some of his future subjects and their owners. He then designed a portable, avian-sized studio with lighting and a slot for swapping backdrops. Most of his subjects gravitate toward the wooden perch, he says, where they land and show off their distinct personalities.

Stephen’s portraits are included in a book published by Hoxton Mini Press that’s devoted to the feathered creatures, and he also recently released a volume about Britain’s largest fish. You can follow his latest photos and projects on Instagram. 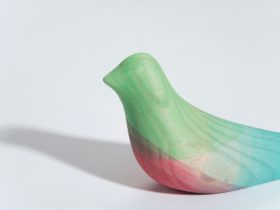