All images courtesy of the Elmhurst Art Museum, shared with permission

Now open at the Elmhurst Art Museum is Par Excellence Redux, a miniature golf course featuring a widely varied collection of playable artworks. Curated by Colossal’s founder and editor-in-chief Christopher Jobson as part of an open call, the two-part course pays homage to the wildly popular Par Excellence that opened in 1988 at the School of the Art Institute of Chicago. The designs range from a challenging optical illusion to a maze-like castle with the potential for a hole-in-one to Annalee Koehn’s fortune-telling piece first shown 33 years ago in the initial exhibition.

Chicago sculptor Michael O’Brien conceived of the original Par Excellence, which opened to lines down the block and subsequently sold out daily. It was recognized nationally in The New York Times, Wall Street Journal, and Chicago Tribune, among others, and went on tour throughout Illinois before returning to Chicago as a rebranded commercial project called ArtGolf, which was located at 1800 N. Clybourn in Lincoln Park on the site that’s now occupied by Goose Island Brewery. Although artist-designed golf courses are shown at a variety of Midwest museums—you can see versions at the Walker Art Center, The Sheldon, and the Nelson-Atkins Museum of Art—Par Excellence is widely regarded as the first.

Try your hand at the first nine holes by heading over to Elmhurst’s site to book a tee time, and remember that Colossal Members get 25% off. Can you tame the Lizard Infinity Puzzle? New from the brilliant designers at Nervous System is a vibrant gradient jigsaw made of 216 reptile pieces that tile in thousands of combinations. Because each individual lizard varies in shape and color and only pairs with specific mates, assembling even the wonkiest reptile shape is an impressive feat.

Try your hand at piecing together the cunning critter by picking up one of the puzzles from the Colossal Shop. We also have a few of Nervous System’s other infinity designs in stock, including a star-studded galaxy, lunar landscape, and sprawling world map. If you’re a Colossal Member, everything is 10% off. Just use the discount code in your account. Interview: Arinze Stanley Speaks to the Indelible Impact of Police Brutality and How Extreme Emotion is the Key to Change For the past few years, Nigerian artist Arinze Stanley (previously) has been at the forefront of hyperrealism with his powerful and sometimes surreal portraits that are arresting in size and emotion, which he discusses in a new interview supported by Colossal Members. His charcoal-and-graphite works are rendered in stunning detail and bear broader political messages, particularly in relation to state-sanctioned violence and his own experiences suffering from police and military brutality.

What people don’t recognize about Bullets and Denim is that the artwork shows emotion on all parts, but if you have a gunshot to your head, you should be dead, right? Well, these people in the photo are not dead. That encapsulates the concept of endurance in general. Even as we try to stitch the patches of our reality, I want people to see that, that we’ve had it to the head. Enough is enough. It’s a visual representation of enough is enough because from here onwards is death.

Colossal managing editor Grace Ebert joined Stanley for a conversation in March 2021 about how he brings his subjects to points of extreme frustration, the ways his drawings resonate with different audiences around the globe, and how he envisions his artworks as catalysts for meaningful change. Interview: A Conversation with Curator Tam Gryn Unpacks the Innovative Mix of Art and Retail Behind SHOWFIELDS We recently sat down with SHOWFIELDS head curator Tam Gryn for a conversation about the unique blend of shopping, art, brand activations, and events that drive the innovative retail concept. With locations in New York City and Miami, the relatively new space already has generated fruitful collaborations between an impressive array of artists, companies, and organizations, including Perrier x Murakami, Tax Collection, Brooke DiDonato, Kenny Sharf, Ekaterina Popova, Filthy Luker, and the Whitney and Brooklyn museums.

Often working in response to cultural shifts and consumer demands, Gryn’s curatorial decisions are geared toward sustainability and collective movement. She explains:

As a curator, I try to find patterns in generational truths. What I see since last year is that our whole generation is screaming for healing at the top of their lungs: healing from this pandemic, healing medically, healing holistically with all kinds of contemporary spiritual practices, healing as a society. Therefore, I am showcasing artists who can interpret this phenomenon, and we are partnering with small businesses who are giving consumers what they are asking for.

In this interview, Colossal editor-in-chief Christopher Jobson spoke with Gryn about the efficacy of structuring collaborations based on shared missions, the humor and play that permeate both SHOWFIELDS locations, and what we can collectively gain from blurring the boundaries of art and branding. Filthy Luker tentacles popping out of the SHOWFIELDS Miami facade 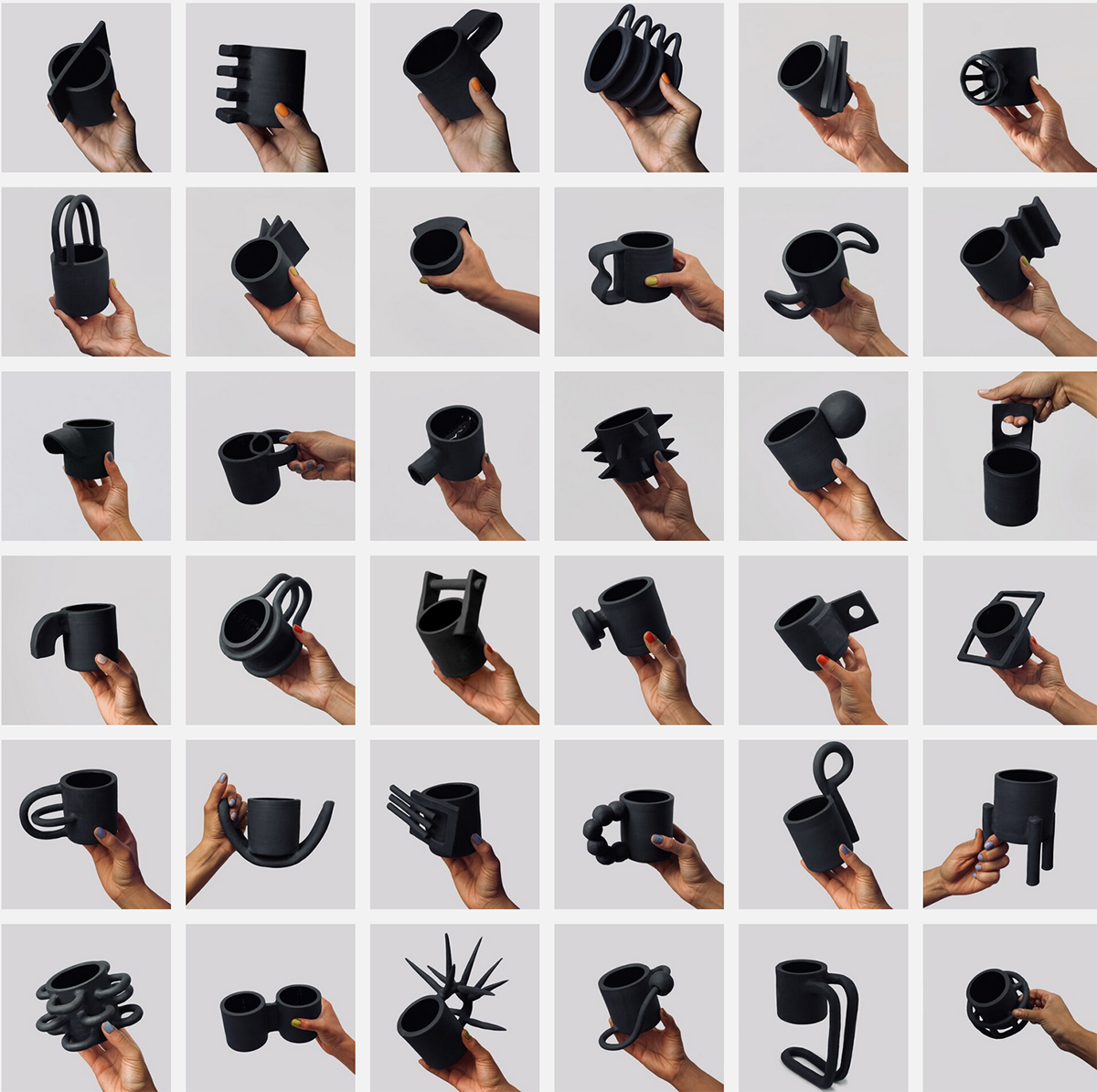 In the summer of 2020, Lalese Stamps (previously) found herself in the middle of a boom in her then-fledgling business, Lolly Lolly Ceramics, an experience she recounts in the latest interview supported by Colossal Members. The timing coincided with increased attention on Black creatives and brand activism, two points Stamps considers profoundly impactful still today.

You reach a certain point in your personal life and in living in America, where you’re fed up, especially as a Black person. We live in a country where history gets forgotten. I want to be as joyful and positive that I can be every day, but I’m also not going to let people forget that things are continuously happening and that you have to use our voices.

In this conversation with managing editor Grace Ebert, Stamps describes the arduous and vulnerable task of designing 100 different mugs in 100 days, the difficult decisions necessary in small business, and where Lolly Lolly is headed next.