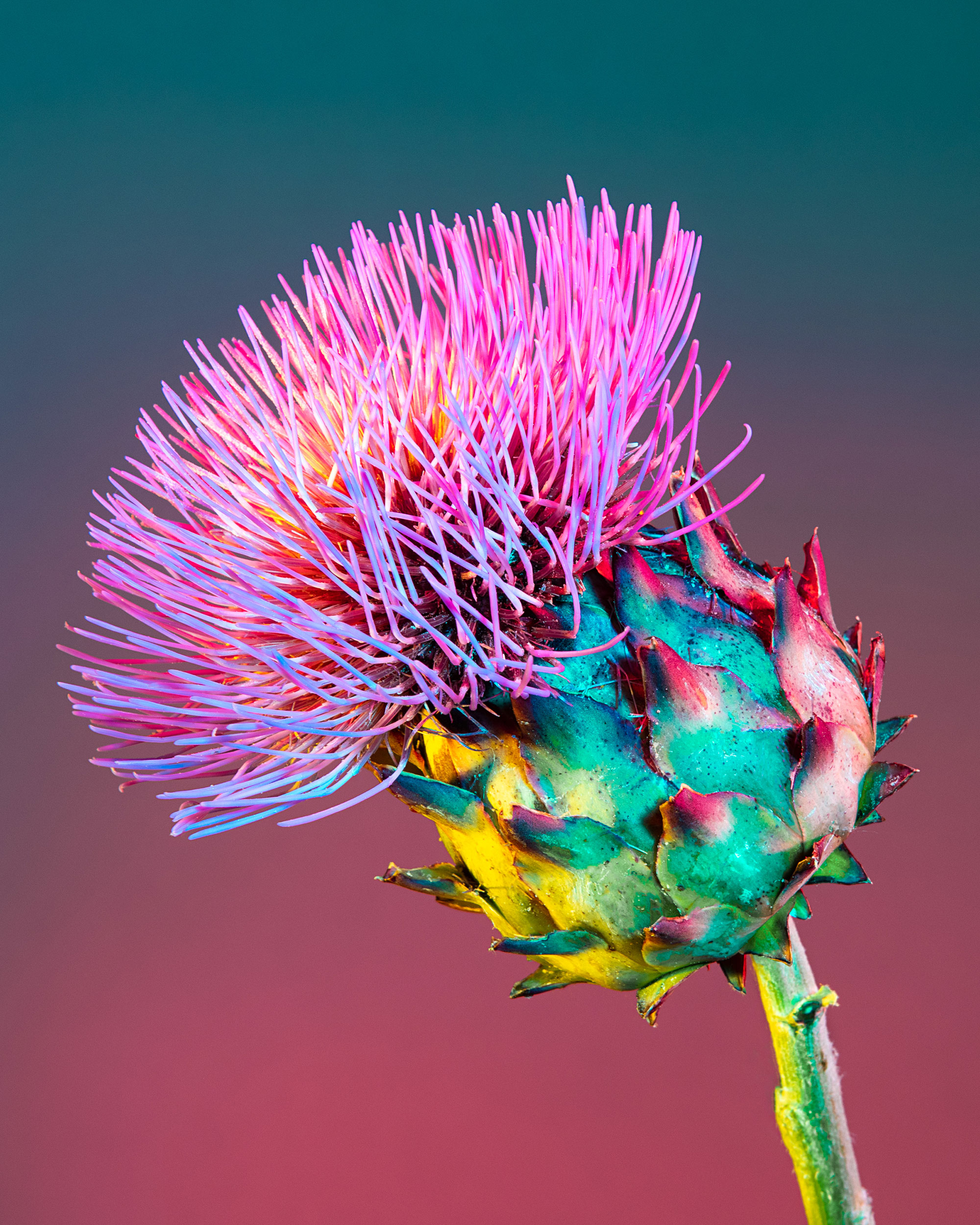 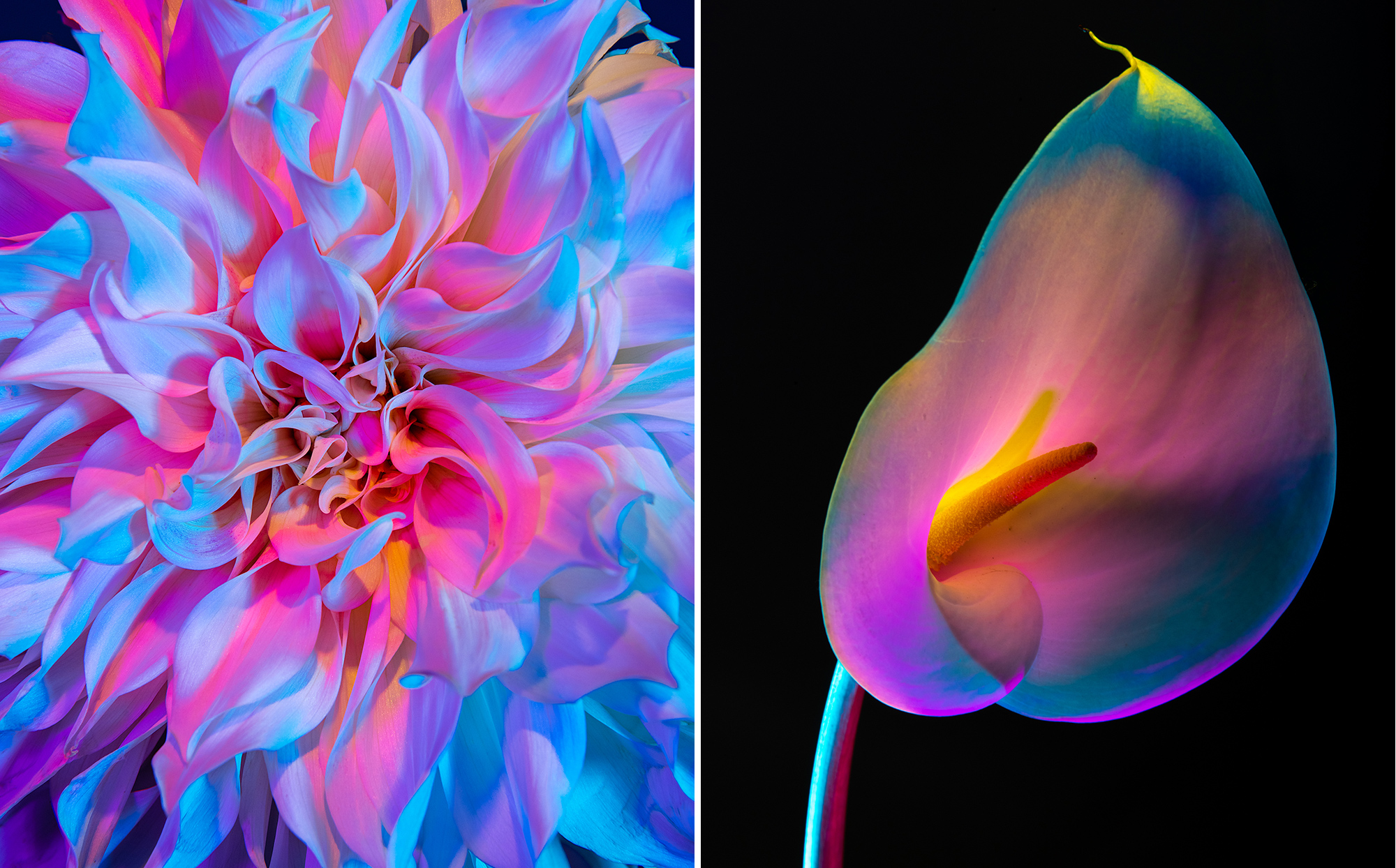 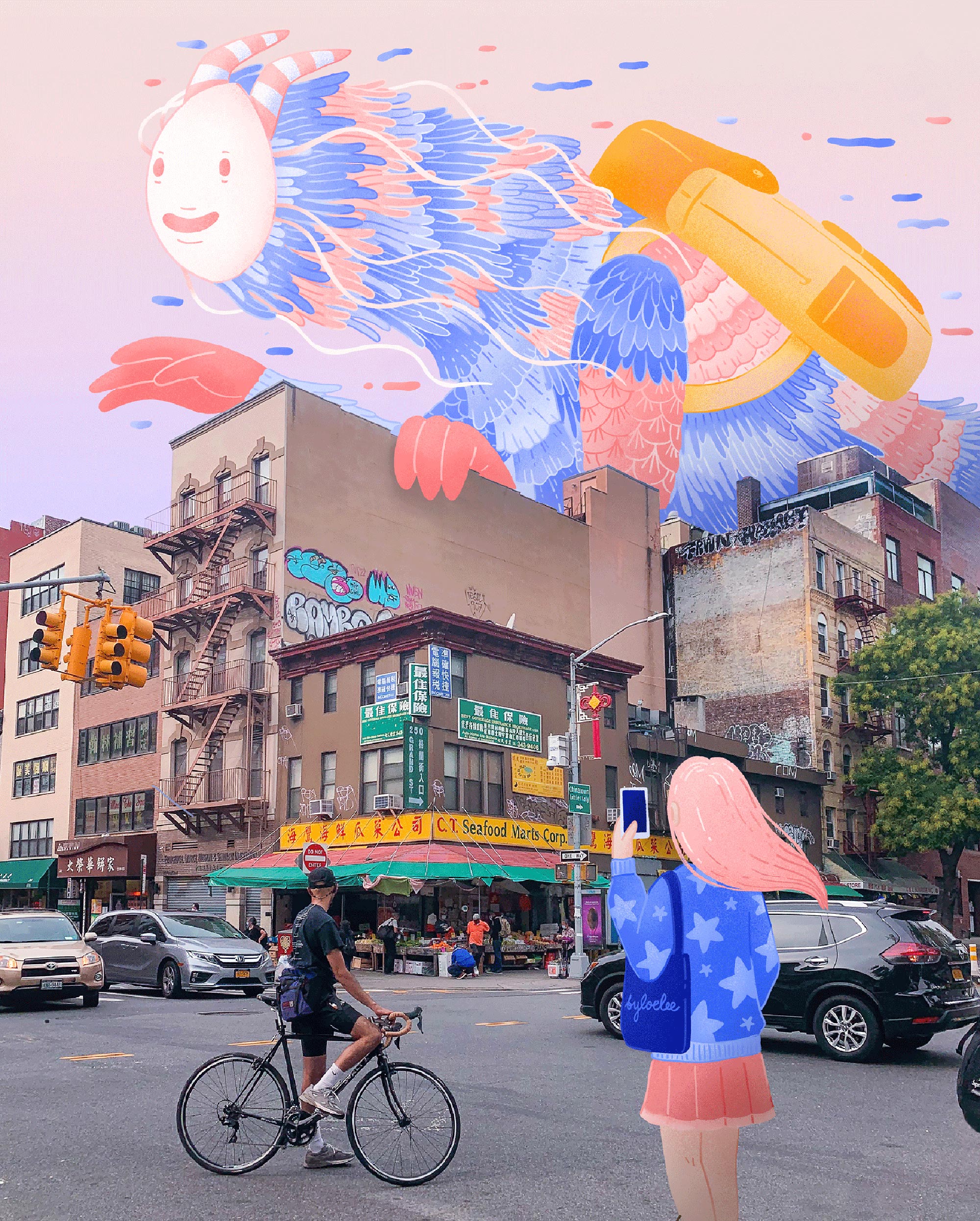 Friendly monsters with enthusiastic grins and pastel fur and feathers have been sauntering through the streets of New York City thanks to Loe Lee. The jolly characters are part of the Chinese-American illustrator’s Creatures of Hope series, which overlays photographs of the city with the whimsical figures. The project was born out of the city’s strength and perseverance this last year. “As a native New Yorker, it was heartbreaking to see NYC endure such crippling loss and confusion during the pandemic last year. Yet, despite everything, I still saw people striving with unshakable resilience,” Lee tells Colossal.

Creatures of Hope was named the runner-up in Creative Quarterly 62 and will be displayed on LinkNYC this year. Lee also has been working with Chinatown NYC to paint murals imbued with magic and joy around her native neighborhood—the idea is to increase safety and draw people back to the area following the reduced traffic and violence against Asian people since the onset of the pandemic.

Pick up prints, postcards, and stickers of the towering creatures in Lee’s shop, and follow their latest adventures around the city on Instagram and Behance. (via Creative Boom) 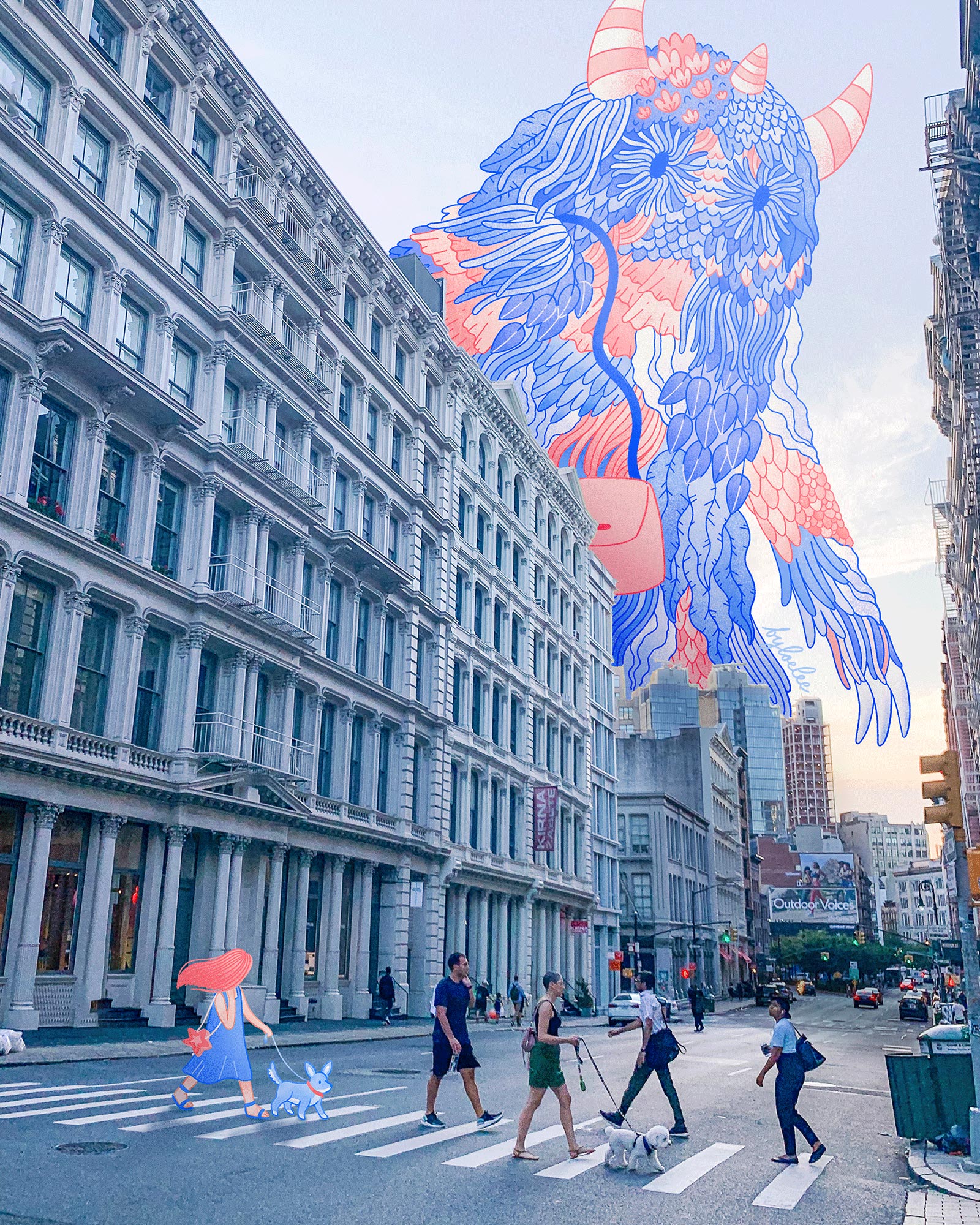 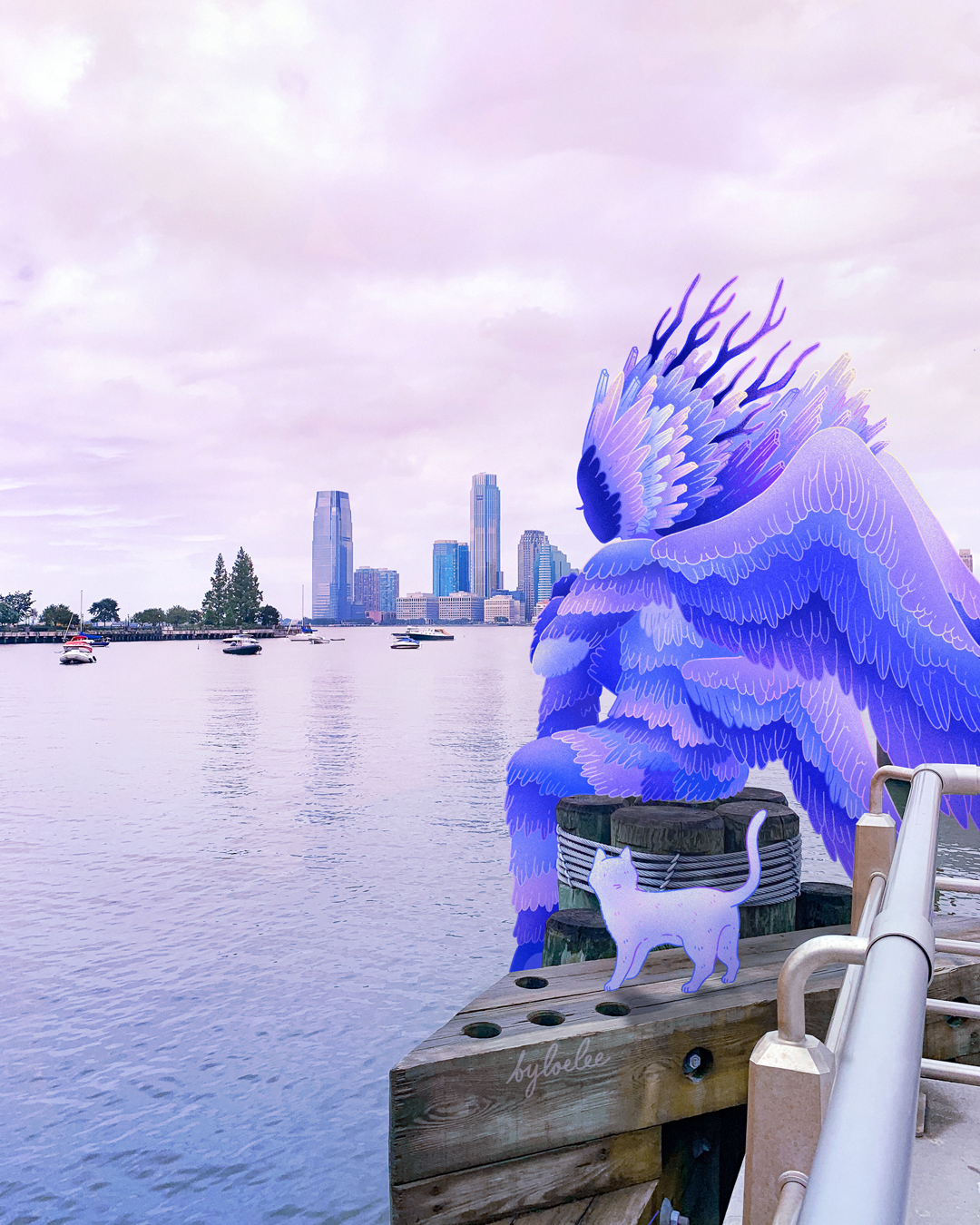 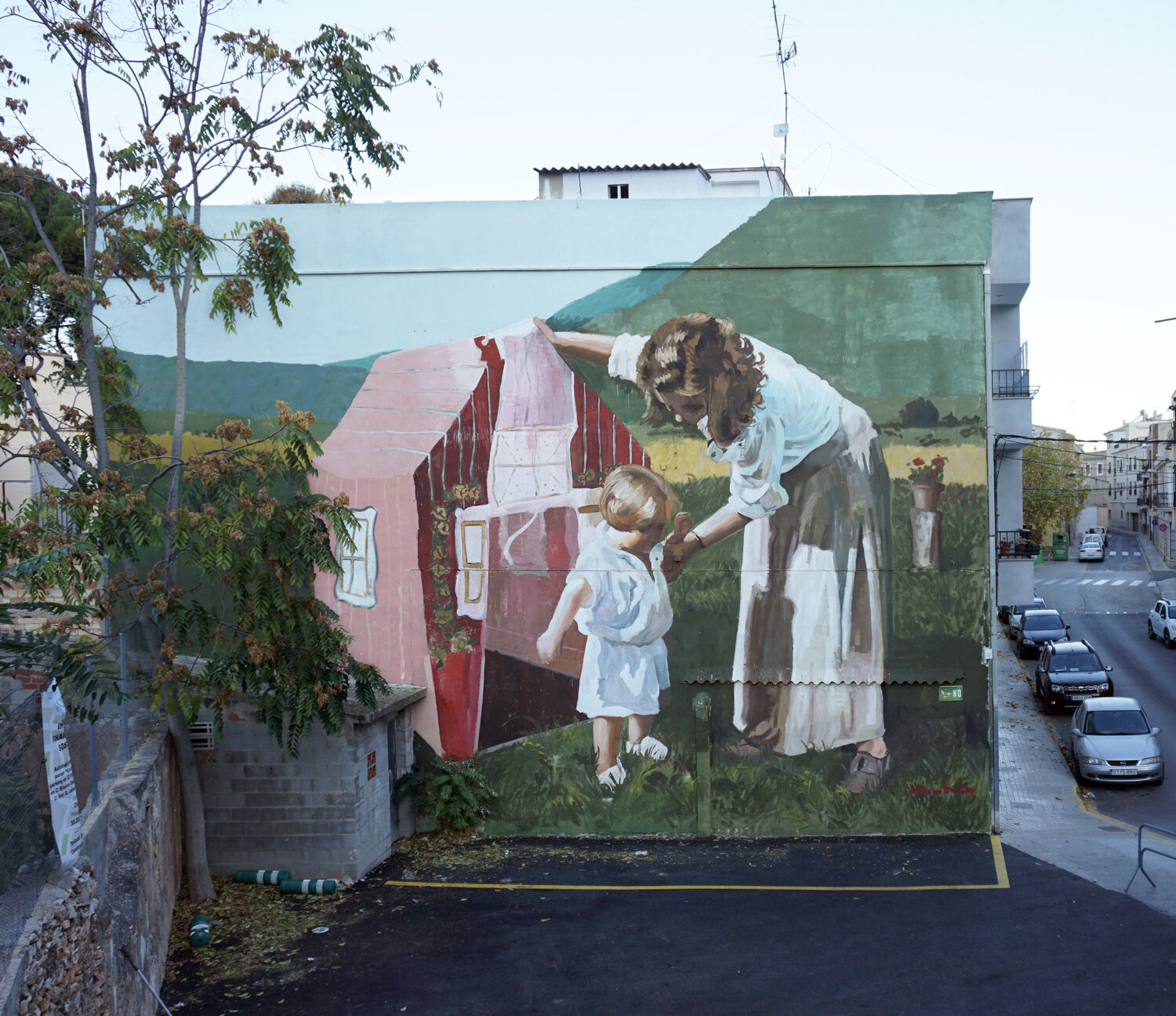 Whether depicting a birthday party or a child’s first steps, the expressive murals by Mohamed L’Ghacham (previously) enlarge sincere, unposed moments into monumental celebrations of everyday life. The Moroccan artist recreates vintage photographs as wall-sized artworks in locations across Europe that portray a woman readying for bed or the chaotic minutes before a family portrait at a massive scale.

L’Ghacham tells Colossal that his relationship to the original images has evolved in recent years from a simple juxtaposition of the site and the quiet, unassuming beauty of the domestic scenes to a more complex understanding. “Those first murals were done in abandoned, demolished places or simply on the outskirts of cities and public spaces. The impact of seeing an image of this type painted with a technique closer to classical painting than graffiti in such spaces created a concept by itself for me,” he says.

Today, the Barcelona-based artist sources reference photographs and home videos from neighbors and city archives to connect more directly with the local culture. While his style is unchanged—L’Ghacham continues to use loose brushstrokes and layers of muted tones to achieve the vintage aesthetic—the streetside works reflect those living nearby. “I think (the murals) can be very symbolic and that many people can feel represented even if they are not necessarily the protagonists portrayed,” he says. “Until now my intention was to pay tribute and give visibility to situations that we all live in and that maybe sometimes we find it hard to value.”

Starting next month, L’Ghacham will be traveling around Europe for a few projects and has a solo exhibition at PDP Gallery slated for this summer, which will be comprised of the smaller paintings he’s been sharing on Instagram.