In an empowering new ad from Apple, accessibility features of the brand’s products take center stage. Backed by an energizing soundtrack by Australian ensemble Spinifex Gum that puts famed boxer Muhammad Ali’s 1974 “I am the greatest” speech to music, scenes emphasize the features of phones, watches, and computers that allow people with physical disabilities to access myriad creative and life pursuits: a deaf mother is alerted to her child crying, a performer uses his camera to access the stage door, and a man makes various facial expressions to edit photos. Directed by Kim Gehring, “The Greatest” is a stunningly produced campaign that evinces the powers of greater access to technology for all. Equipped with joysticks and panels of gauges and knobs, an intricately constructed spaceship built by Zim & Zou (previously) navigates through a starry expanse of whimsical planets and alien creatures. The pink-and-blue craft, which was designed as a window display for Hermès, is the latest project from the French artists, whose elaborate scenes and characters are constructed from precisely cut paper sculptures. This fantastical work, titled “Journey of a Lifetime,” peers over the adventurous protagonist, who traverses an unknown world amidst a chaotic scene of levers, monitors, and tea that’s flung into the air of the weightless environment. You can see details from the installation and more of Zim & Zou’s work on Behance and Instagram. 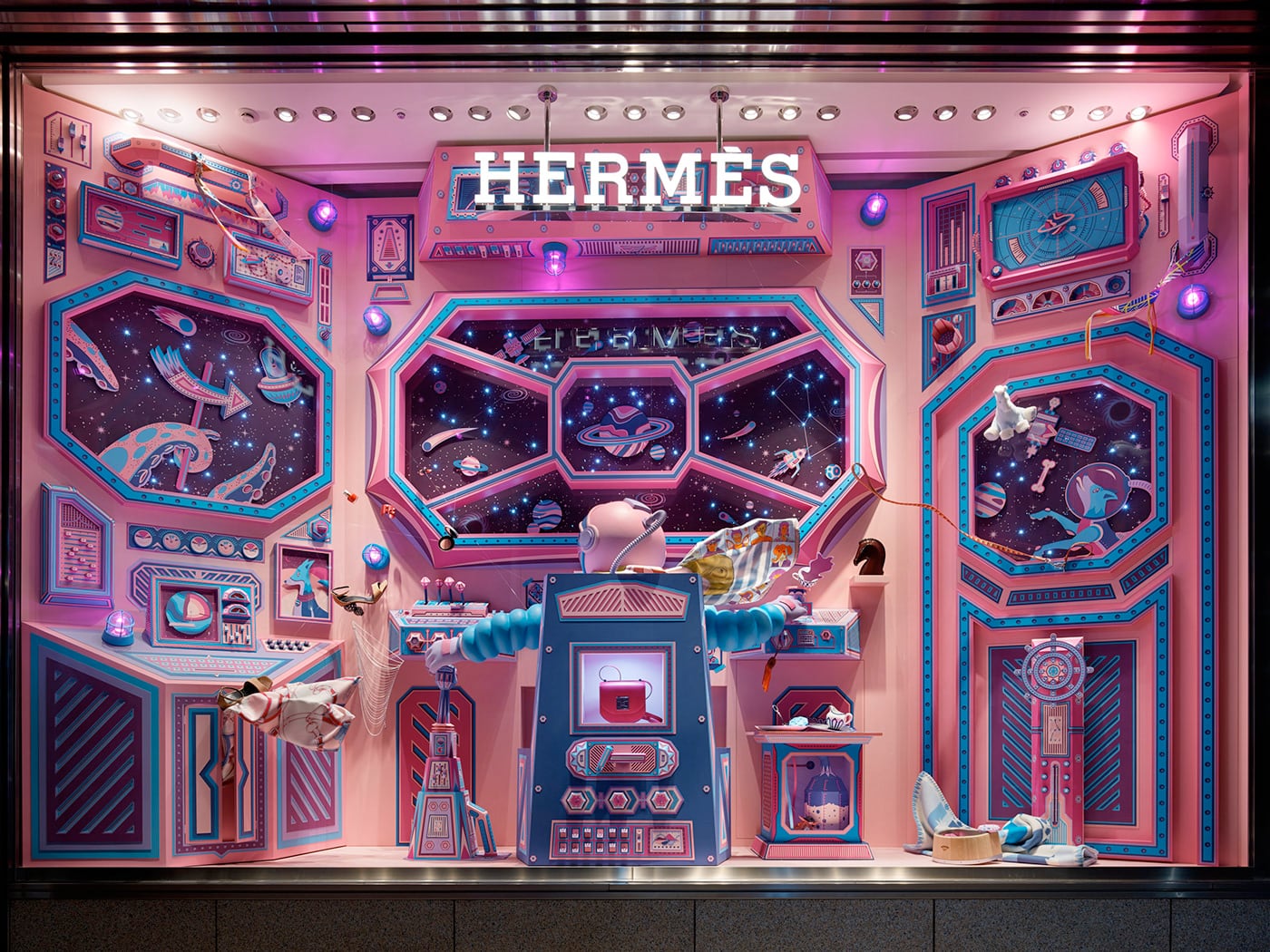 A dreamy new ad for Burberry meditates on the dual powers of humanity and nature. Directed by Megaforce, “Open Spaces” zeroes in on four figures as they venture into a wheat field when a strangely powerful gust of wind propels them across the landscape. They subsequently rush toward a steep cliff in graceful, choreographed movements before saving each other in an airborne embrace. You can find more from the Paris-based director, who’s worked on promotional videos for the BBC, Tame Impala, and an array of high-end brands, on Vimeo. Simple landscapes dotted with felt trees, miniature power lines, and spool-propelled ambulances become twinkling nightscapes and whimsically glowing scenes in “Connecting Thoughts.” The advertisement, which was created to promote the Japanese infrastructure firm Kandenko’s “Everyone Lights up the Future” message, uses Smart-X conductive thread to send electric currents through figures stitched into gloves and around yarn-based architecture, illuminating each scenario with tiny bulbs. This short piece follows the company’s 2016 ad, which used a conductive marker to create a dazzling pop-up book.