Using the Brico System for letterpress printing requires thinking of every possible combination from A to Z. The simple method involves just four shapes to create typographic forms and geometric renderings, and it founded a recent collaboration between artist and printmaker Anthony Burrill, designer and printer Thomas Mayo, and Oli Bently, who helms the Leeds-based studio Split and the People Powered Press, a non-profit printer that’s the largest letterpress operation of its kind in the world.

Together, the trio created one monochromatic print of every letter, which span 1.5 meters. “With near endless possibilities of letter forms, weights, sizes, and styles, it was created so that anyone can share in the joy of type design,” they say.

The group is selling the monochromatic pieces to fund the work of People Powered Press—email Split to see which are still in stock and make a purchase—and pick up the book documenting the entire process from the studio’s shop. You also can try your hand at the Brico System with this simulator. 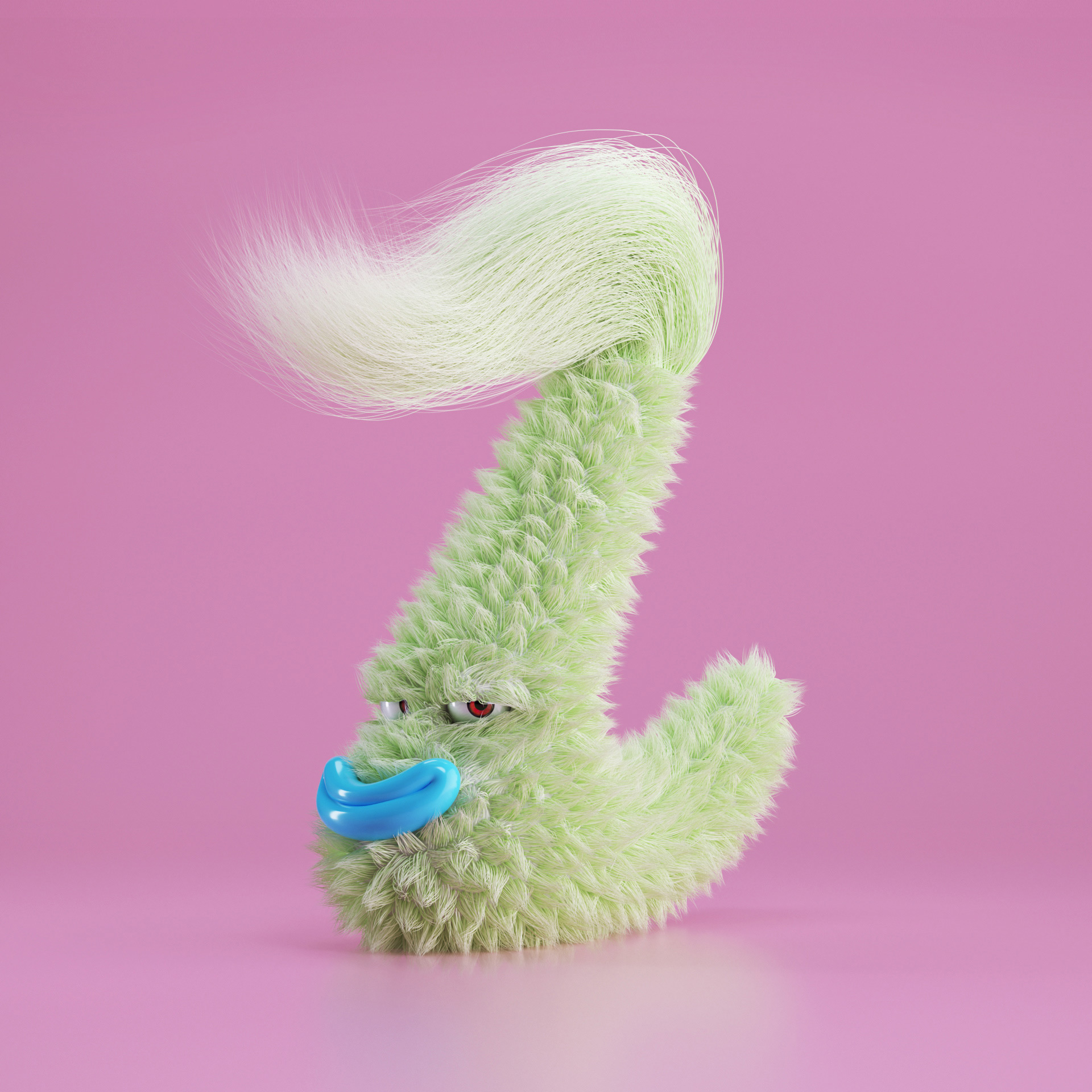 Lima-based graphic designer and illustrator Jose Arias has created a wacky cast of typographic monsters ready to cuddle you in their serifs and ascenders—Monsters Inc. meets the alphabet. Often smirking or baring a couple of teeth, Arias’s letter-based characters sometimes come adorned with coiffed hair, a gold crown, and a pair of headphones. Each has an alphabetic shape that’s formed naturally by their bodies or when they jump into the air, open their mouths, or stick out their legs.

The illustrator created the project that’s “full of hair and cuteness of characters” as part of the 36 Days of Type challenge, which asks creatives to share their conceptions of letters and numbers. Head to Instagram or Behance to check out the rest of Arias’s mischievous collection. The Movable Books Society, a non-profit organization of pop-up book professionals and enthusiasts, recently released a collection of pop-up cards dedicated to the alphabet. The letter-filled tome, titled A to Z: Marvels in Paper Engineering, features designs from 26 paper engineers and celebrates the Society’s 25-year history. Each card is consistent in size, measuring six by eight inches, but features strikingly different designs from a wide array of paper-focused designers.

Included are the strong graphic sensibility of Kelli Anderson (previously), Hiromi Takeda’s delicate ode to flowers, and a supernova “S” by Isabel Uria, an Ecuadorian artist who also designed the clamshell box. In addition to each letter folio that includes a description of its artist’s inspiration, the compendium comes with a history of The Movable Book Society by Ann Montanaro Staples and an introductory essay by Larry Seidman. A to Z is limited to 2,000 copies and is available for pre-order on the Society’s website.

Update: Filmmaker Christopher Helkey recently released a mini-documentary of all 26 designers opening and explaining their letters, which is now embedded below.