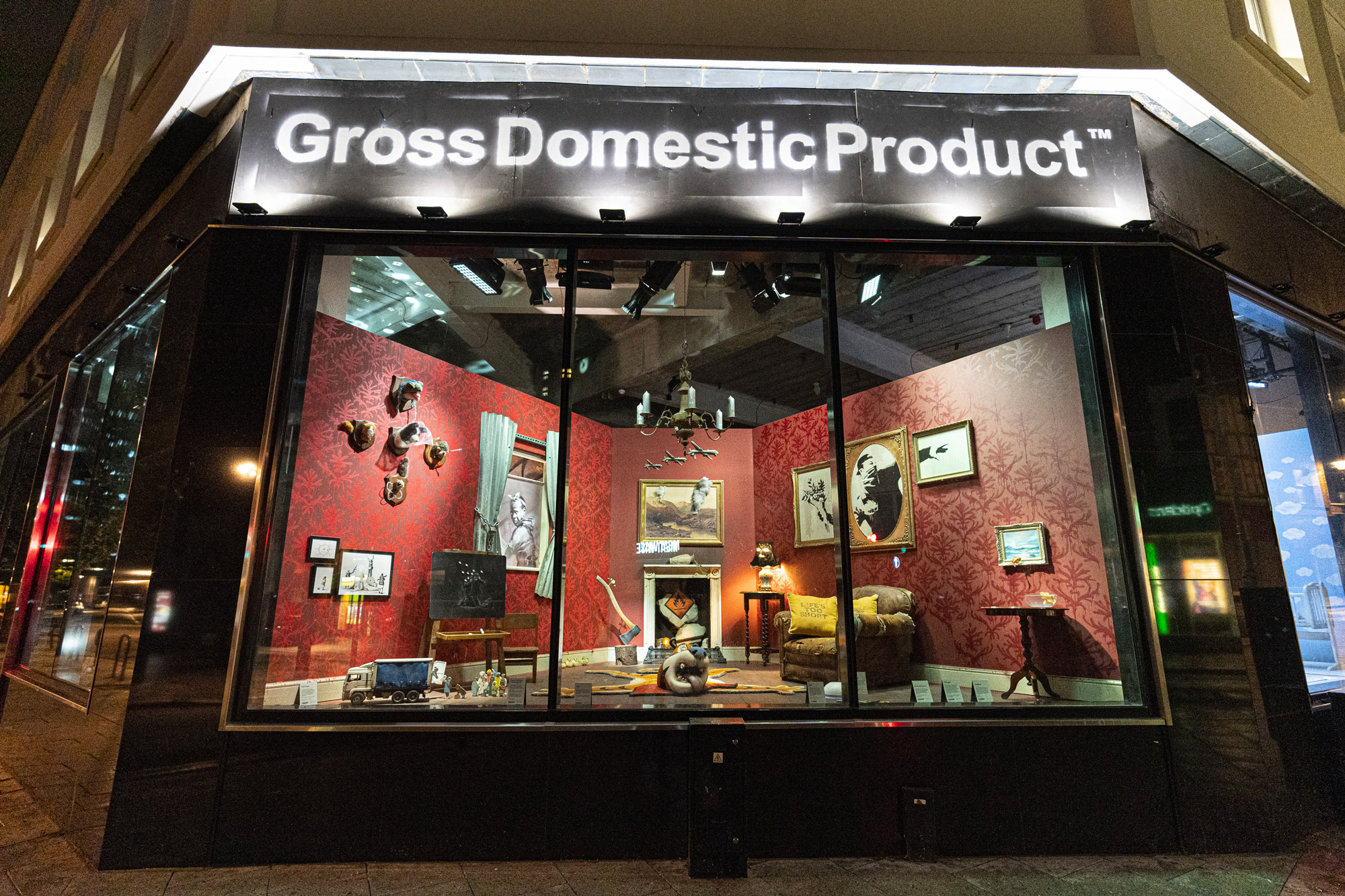 The next time you’re in a grocery store, pharmacy, or toy department and spot a subtly unusual item, it might an Obvious Plant. Jeff Wysaski, the man behind the meme, has been creating and depositing strange flyers, placards, and packaged products in conventional retail outlets for several years. His creations are often a send-up of a popular pop culture phenomenon like Sesame Street or The Avengers, and feature chuckle-inducing copy, alternately quippy and filled with intentional typos. From a lonely Bert to Barely Any Ketchup (made by “Hardly Foods”), Obvious Plant items have become increasingly elaborate over the years, and Wysanski makes some of his designs available for purchase in an online store.

You can follow along with Obvious Plant’s quirky interventions on Instagram. If these are up your alley, also check out Chindōgu, a concept and subsequent community of designers of useless products, first popularized in 1990’s Japan by Kenji Kawakami. Last year may not have been the most prolific for Italian street art legend Blu (previously), who besides releasing Minima Muralia, a 288-page collection of 15 years of murals, completed only two officially announced murals. His latest piece titled Capita, was recently shared on the elusive artist’s only official communication channel Blublu.org. The mural was painted in Rome’s Rebibbia neighborhood, and was realized in collaboration with Comitato Mammut, a self-managed civic organization. Painted using artist’s intricate illustrative style, the image depicts an imaginary amusement park water slide attraction as a sharp critique of the social injustices of capitalism.

The slide offers participants several colorful entry points on top with all but one ending in the same swamp-like cesspool of trash. The only slide that keeps its original color and shape, gold, is the one used by politicians, businesspersons, and religious representatives. Ending with a crystal clear pool with and cocktail table set on a lush green field, it’s a direct commentary on subdued class division present in modern societies throughout the Western world. The piece further comments on the dramatic shift in the political climate of his Italian homeland, especially in terms of immigration and the ongoing refugee crisis. Painted on an 8-story building, the work’s oceanic backdrop depicts small boats filled with people on one side with luxurious yachts floating on the other.

Earlier this year, Blu spent several days in Valencia, Spain, taking part in Sensemurs project, the first meeting of muralists whose goal is to raise awareness of the repeated abuses by the local port authority toward people living in the La Huerta (Orchard) area. For this mural he depicted port authority personnel as Egyptian pharaohs using the local community as a source of free slave labor. A few months later he began work on another large piece in Rome, painting revisited versions of the Greek Venus de Milo next to a similarly redone David by Michelangelo, as a commentary on the modern values of consumerist society. The piece is yet to be finished.

Blu remains completely focused on working with non-government organizations and groups, creating works as a gift and source of empowerment for local communities, all while trying to retain is anonymity. Exposing everyone from corrupt politicians to violent police or greedy real-estate moguls, the artist is continuously producing work that supports common people and their fight against an increasingly imbalanced economic and political system. (via Juxtapoz)