Over the last few weeks, Moscow-based artist and illustrator Nikita Golubev has taken to the streets to etch images of animals onto the sides of completely filthy vehicles. The reductive process involves creating “clean” spots by wiping or scraping his images onto the gritty surface of each car. You can see more from his “Dirty Art” series on Facebook. (via Twisted Sifter) Oklahoma-based artist Rena Detrixhe creates installations from finely sifted dirt, ephemeral rugs that she stamps with ornate patterns. The dirt used for the works is collected by hand from her surrounding Oklahoma landscape, bringing an important context to the earth-based faux textiles.

“This rich red earth is the land of the dust bowl, the end of the Trail of Tears, land runs and pipelines, deep fault-lines and hydraulic fracturing,” said Detrixhe in her artist statement. “There is immense beauty and pride in this place and also profound sorrow. The refining and sifting of the soil and the imprinting of the pattern is a meditation on this past, a gesture of sensitivity, and the desire for understanding. It is a meticulous and solitary act.”

By using this fleeting form Detrixhe questions the permanent decisions that have been made to the region’s environment. One of her red dirt rugs is currently a part of the group exhibition Shifting Landscapes at Form & Concept in Santa Fe, New Mexico through May 20, 2017. You can view a time-lapse video of Detrixhe installing one of her rugs in the video below. (via Colossal Submissions) 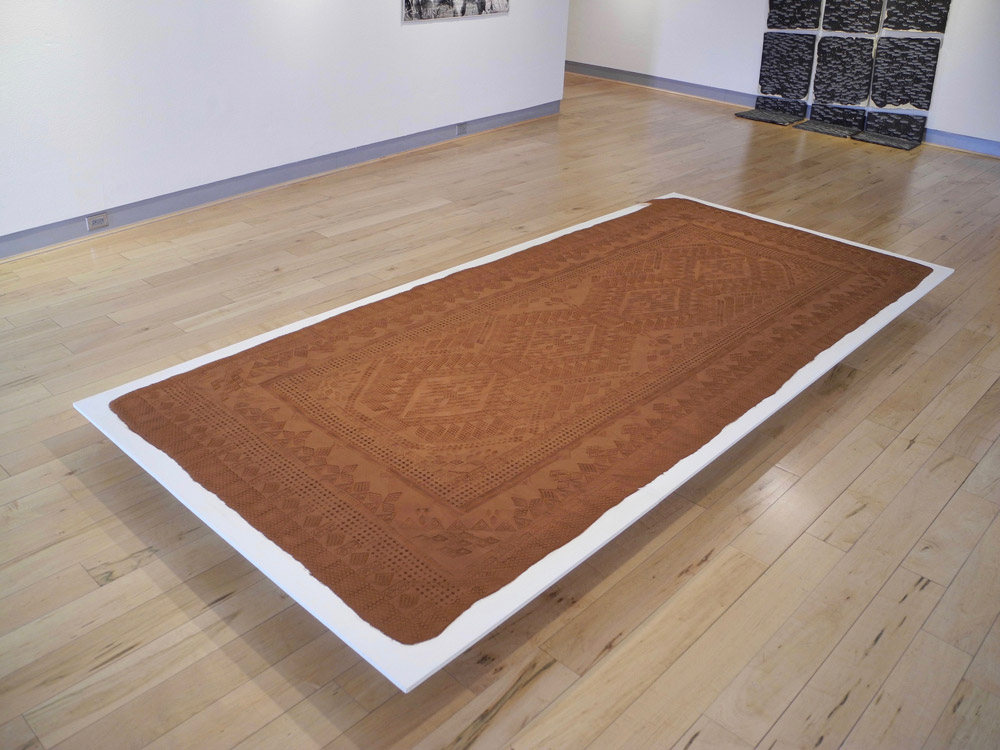 Artist Bruce Gardner is a master of a curious Japanese artform called hikaru dorodango (literally: ‘shiny dumpling’) where regular dirt is slowly crafted into perfect shiny spheres. The objects take several hours make as increasingly finer particles of dirt are applied to create each layer. Depending on the desired effect, a cloth might be used to create apply a fine layer of varnish to give the final outer layer a sheen akin to a billiard ball. Despite their appearance the completed dorodango remain extremely fragile and have to be treated with great care. It seems the purpose of making them might be more focused on the meditative benefits derived from process itself rather than the longevity of the artworks. (via Kottke)