A host of wild creatures inhabit the whimsical world of artist Penny Thomson (previously), who creates intricate, kinetic sculptures that fit in the palm of your hand. Joined in her Derbyshire studio by her daughter Briony, she works primarily with papier-mâché, which she began experimenting with when her children were still young. “Using pulp, laminated and household waste paper, and cardboard, I made a seven-foot giraffe and conducted a workshop in my son’s school, which involved all the pupils in making a 14-foot Diplodocus,” she says.

Since then, Thomson’s creations have scaled down quite a bit, but her interest in working with paper and recycled materials continues. After creating a diorama for illusionist Sam Drake’s House of Magic, she became fascinated with automata and combined skills she acquired over her career to develop the mechanical miniatures. Briony adds, “That is why we say that a batch of two or three kinetic sculptures usually take between one week and 40 years to make!” Each expressive, miniature figure incorporates a mechanism with a small handle that sets it in motion, giving life to hungry chicks, impatient zebras, and joyous penguins.

Thomson regularly releases small batches of sculptures in her Etsy shop. They sell quickly, so you can keep up-to-date about new work on Instagram, and see more on her website. 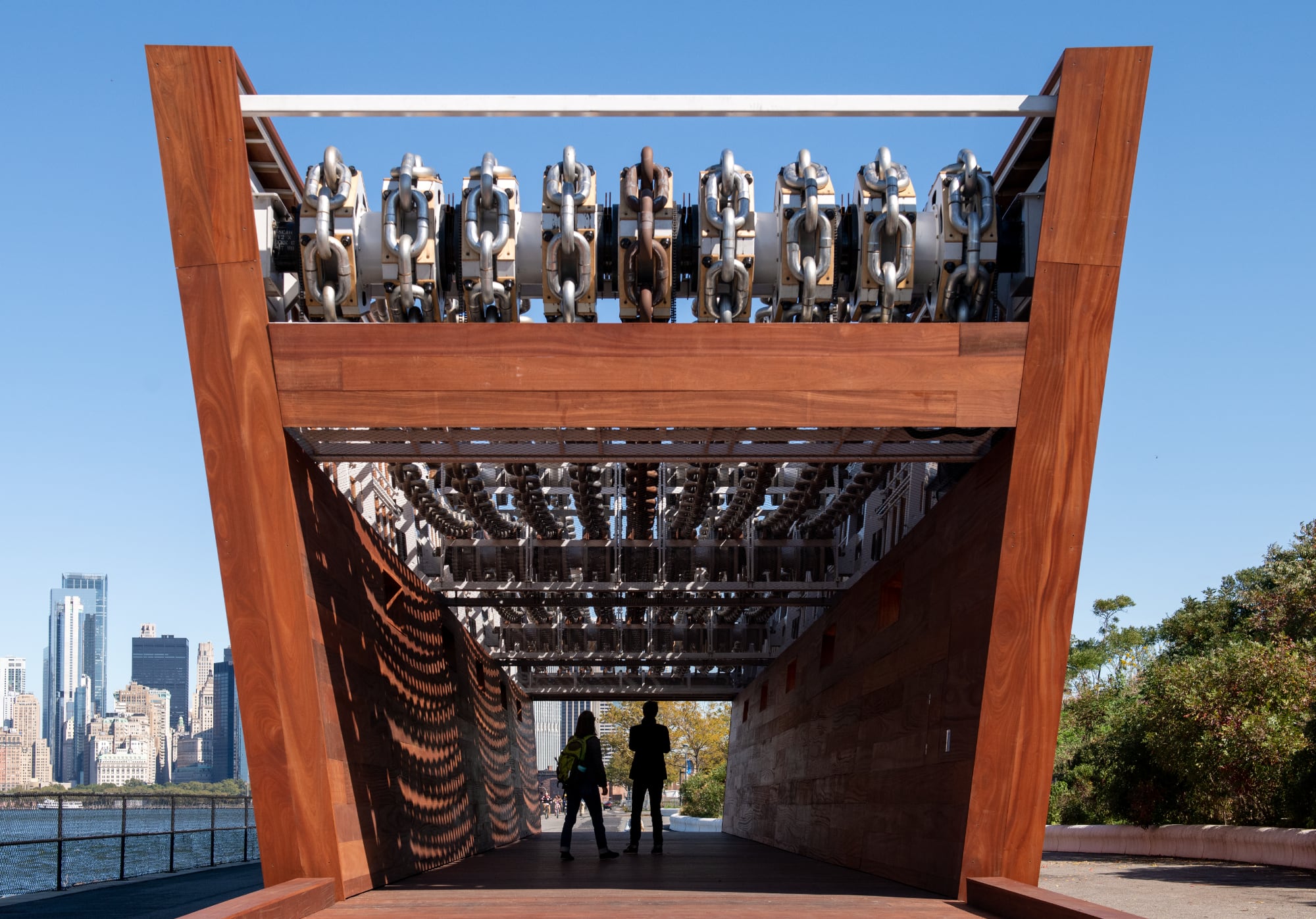 A Fluttering Exterior Responds to the Elements in a Kinetic, Open-Air Cabin by NEON

In the park surrounding Louvre-Lens, which opened in 2012 on a 49-acre former mining site about 125 miles north of Paris, a cabin-shaped installation has fluttered onto the grounds. The kinetic structure designed by Margate, U.K.-based studio NEON, who describe it as an “animal-like” work that responds to natural forces in its environment, has feather-like polycarbonate shingles that respond to wind or precipitation to generate movement. “Shiver House V2″—version one was modeled after a traditional mökki in Finland—is an exploration into the way that architecture can help to build a closer connection between its inhabitants and its surroundings.

“Something that we can do with our work is make people be more present in the moment,” says NEON artist Viliina Koivisto, who along with director Mark Nixon, founded NEON on the premise that architecture, art, and design are not ivory towers and instead intersect with one another in unique ways. “Our projects are often eye-catching, bold, and emotive—and quite fantastical,” Nixon explains. All images © NEON, shared with permission. Photos by Yves Bercez Set atop an aluminum turntable, a spiraling sculpture by British artist Tom Lawton translates a simple mathematic concept into a hypnotic dance. “Wonder” is a sleek copper work of rounded twists based on the shape of a torus or a circular form with a hole in the middle, a donut being a prime example. Lawton’s design coils around an imagined central axis, creating a continual organic movement propelled by an electric motor.

From his workshop in rural Wiltshire in the Cotswolds, the artist just launched a Kickstarter for the meditative works. You can also see a larger version of “Wonder” inside the historic Malmesbury Abbey, and find more of Lawton’s projects on his site. With assistance from embedded CPU motors, Seoul-based artist Choe U-Ram (previously) mimics the lithe movements of animals and plants with his mesmerizing kinetic sculptures. The large-scale pieces are often suspended from the ceiling and illuminated by LED lights that cast glimmering reflections on the metallic components.

Included in his most recent works is the frayed, Tyvek-coated sculpture titled “One,” which imitates the lifecycle of a flower as it opens to a bright, full bloom before retreating to a smaller, darker form associated with decay. “Orbis” and “Song of the Sun” conjure more animalistic motions that evoke long fins gliding through the water and flapping wings, respectively, although the latter’s petal-like elements produce shadows that fill the gallery space with silhouettes of thick foliage.

Watch more of the artist’s sculptural creatures in action on his site and YouTube. Fish writhing through the ocean, colorful butterflies taking flight, and owls leaving their perch are a few of the creatures featured in Penny Thomson’s miniature ecosystems. The Sheffield-born artist deftly captures marine and land animals’ movement in her kinetic sculptures that operate with simple hand-cranks. Coated in moss, sprawling branches, and other foliage, the whimsical works are tiny renditions of their real-life counterparts. Thomson offers the lively creations on Etsy, but they sell out quickly so watch for shop announcements on her Instagram to snag one. 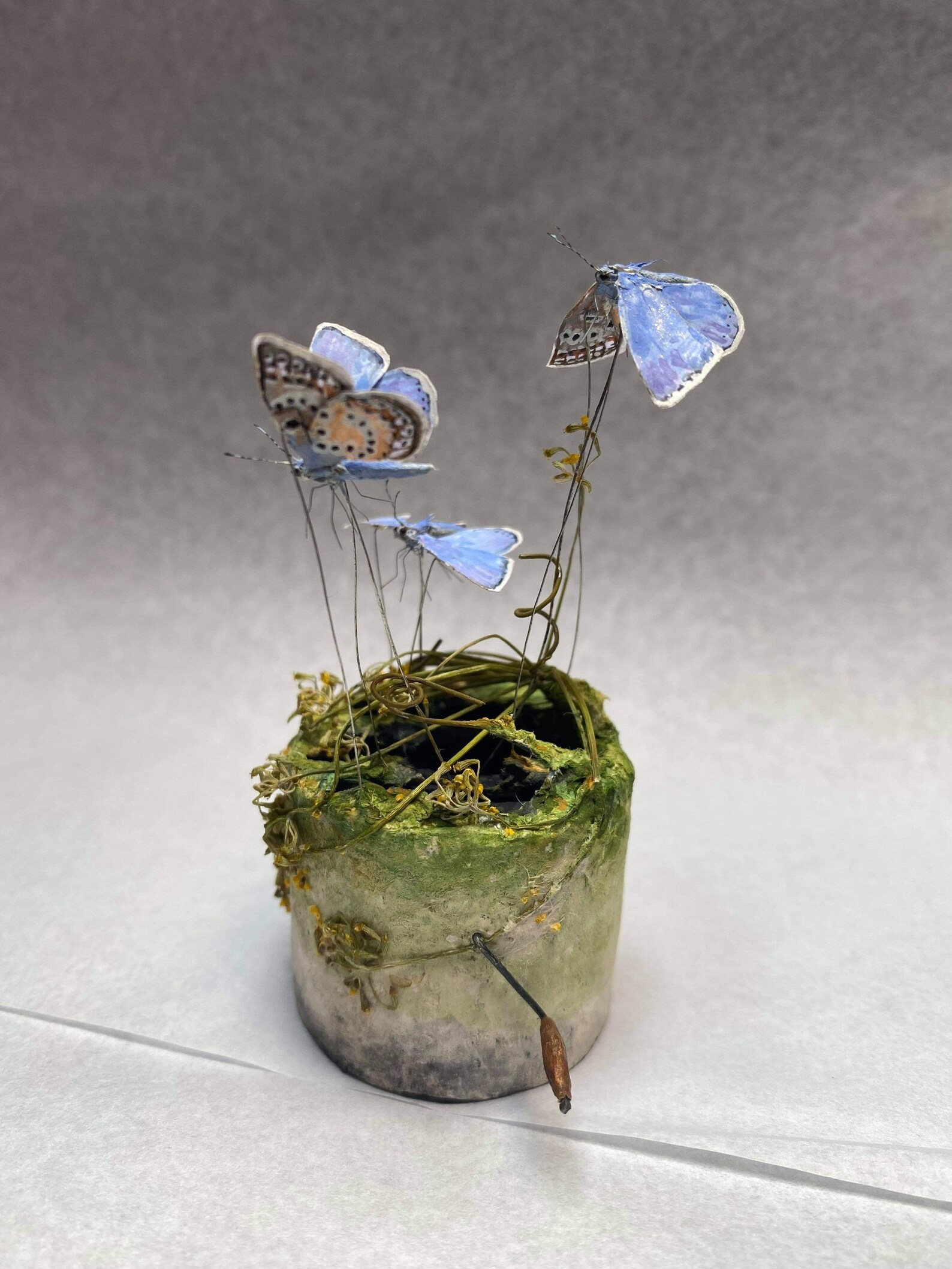 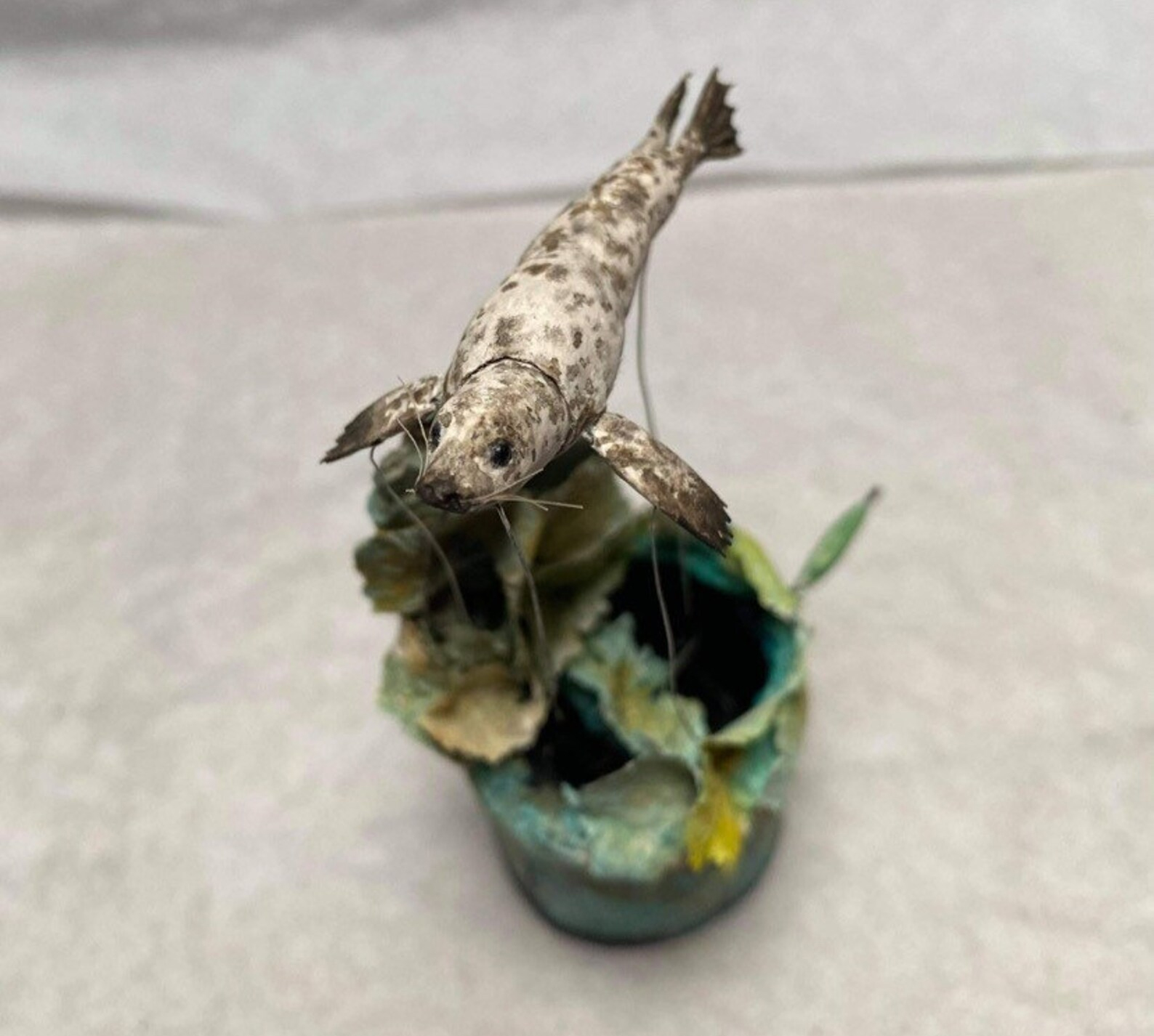