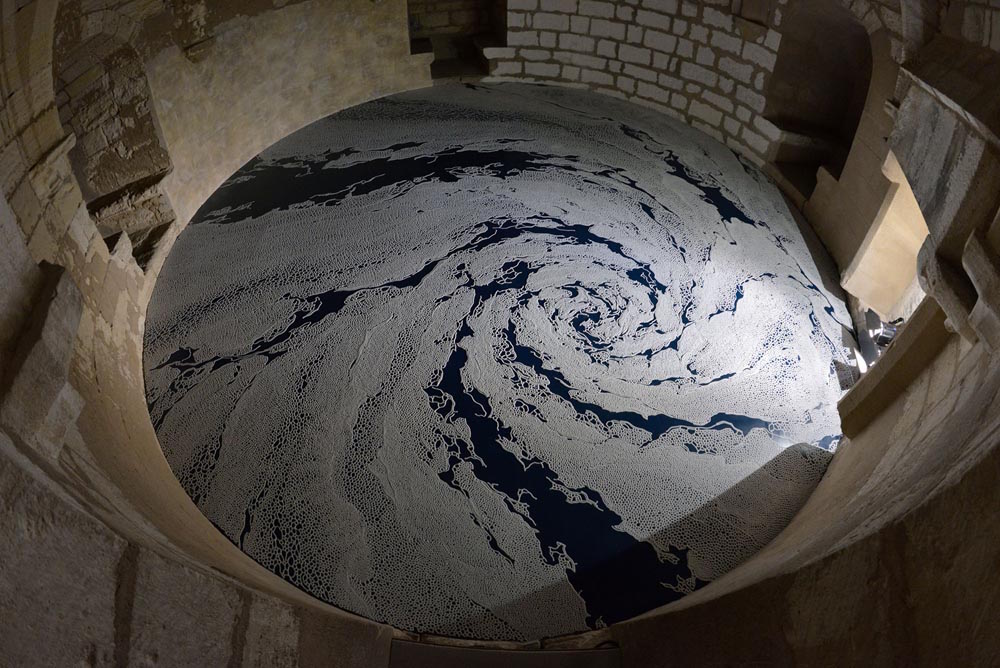 Motoi Yamamoto (previously here and here) meticulously sculpts large scale installations formed from salt, tiny lines delicately arranged on the floor of galleries and museums. In his latest exhibition titled “Univer’sel,” Yamamoto has created two pieces in a 13th-century medieval castle in Aigues-Mortes, located in the south of France.

The first piece, ‘Floating Garden,” is installed in a circular room, appearing like swirling clouds or thick ocean foam. Without a walkway it is impossible to view the piece up close, viewers only able to view Yamamoto’s labor from afar. The second piece, “Labyrinth” is arranged in a stone passageway within the castle’s ramparts. The appearance of the work mimics the title, a maze that becomes more detailed the further it grows from a mountain-like pile of salt towards the back of the installation.

“Univer’sel” opened May 17 and also includes the salt works of Jean-Pierre Formica. Their work will be on display through November 30. (via Designboom) 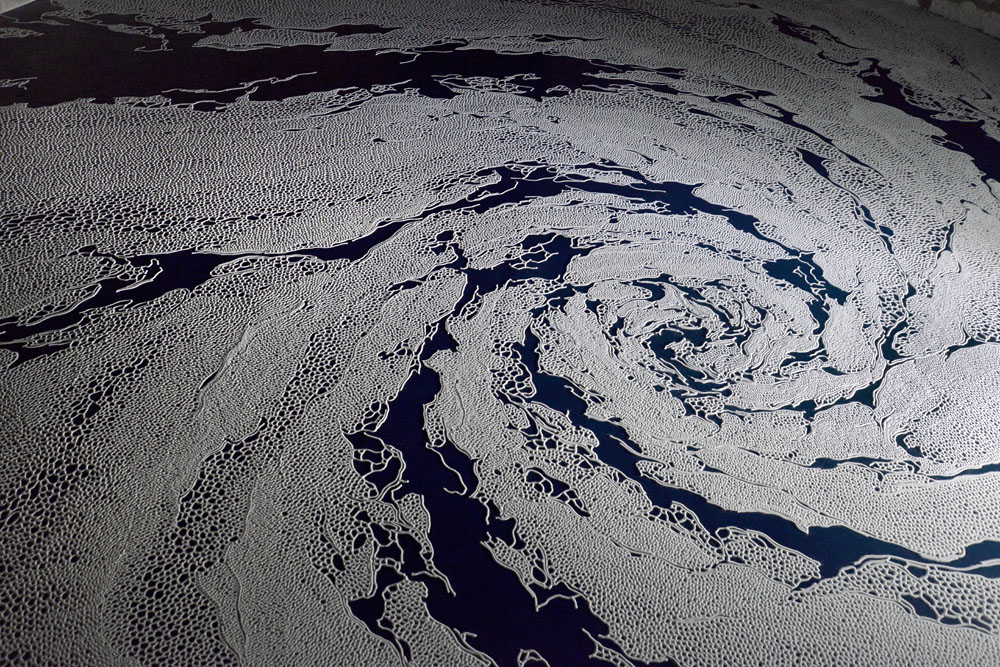 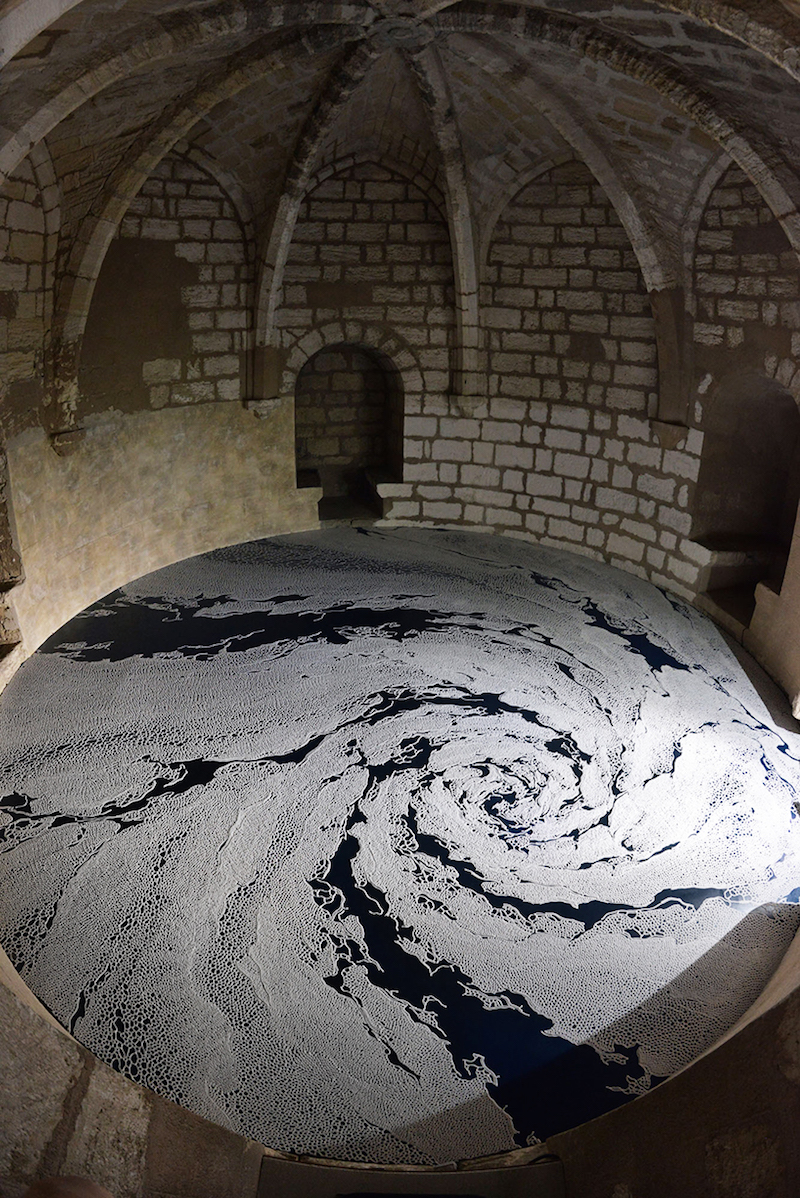 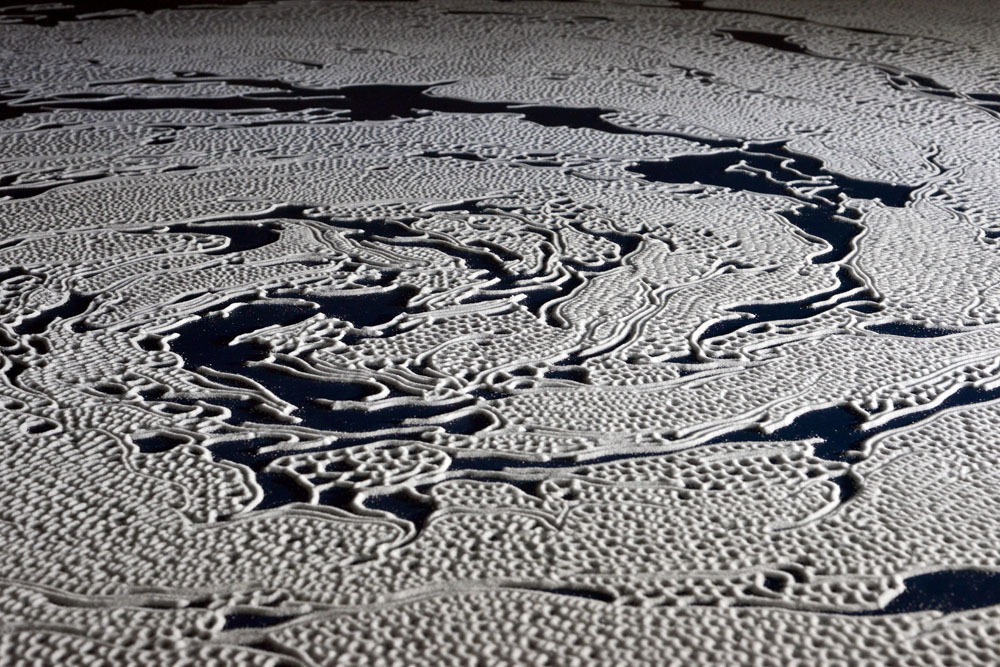 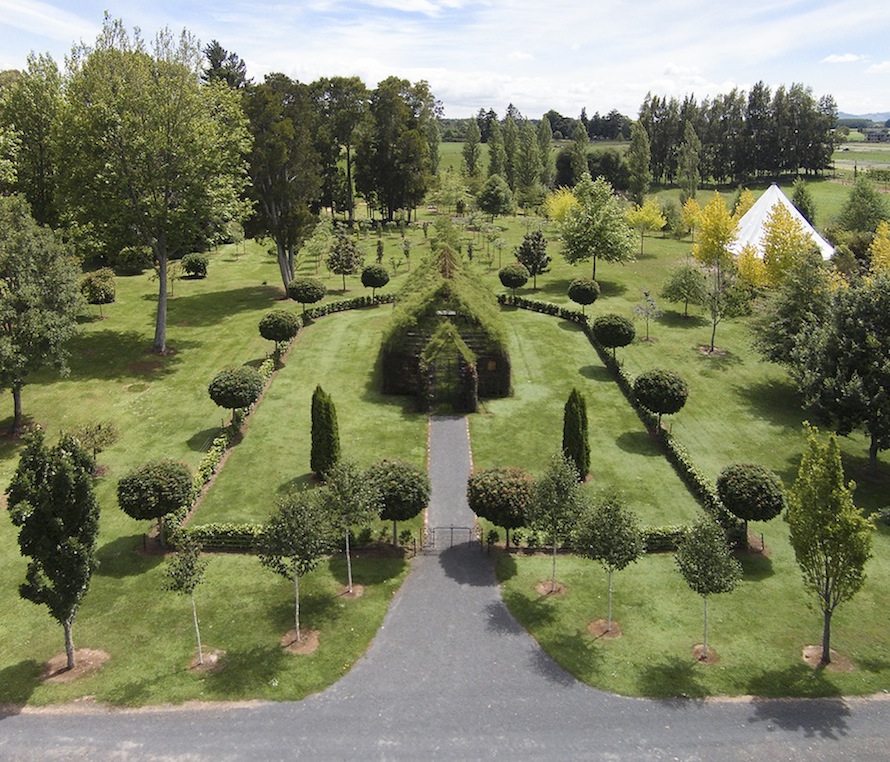 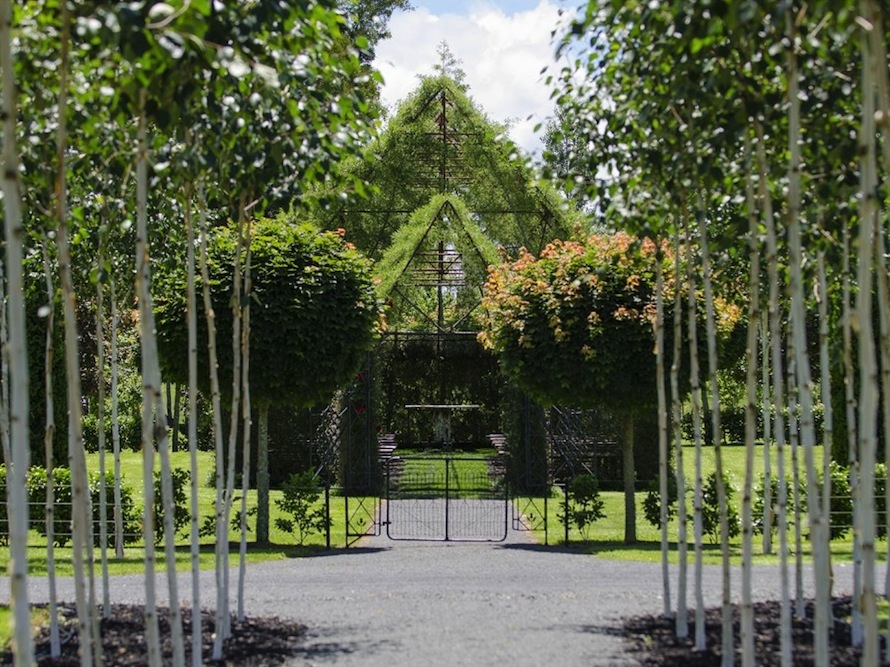