Gadrooning, an ornamental motif consisting of a series of tapered convex or concave curves, is derived from the decorative exteriors of Roman sarcophagi and antiquities. Renaissance artisans revisited it in the 16th century, and it re-emerged in the neoclassical revival of the 18th and 19th centuries. Referencing ancient designs and what he describes in a statement as the “broad, reverential notions of the vessel,” Maxwell Mustardo playfully examines the function of containers and earthenware over time.

You can see Mustardo’s work at Culture Object through October 28 in a solo exhibition titled The Substance of Style. More information can also be found on his website and Instagram. 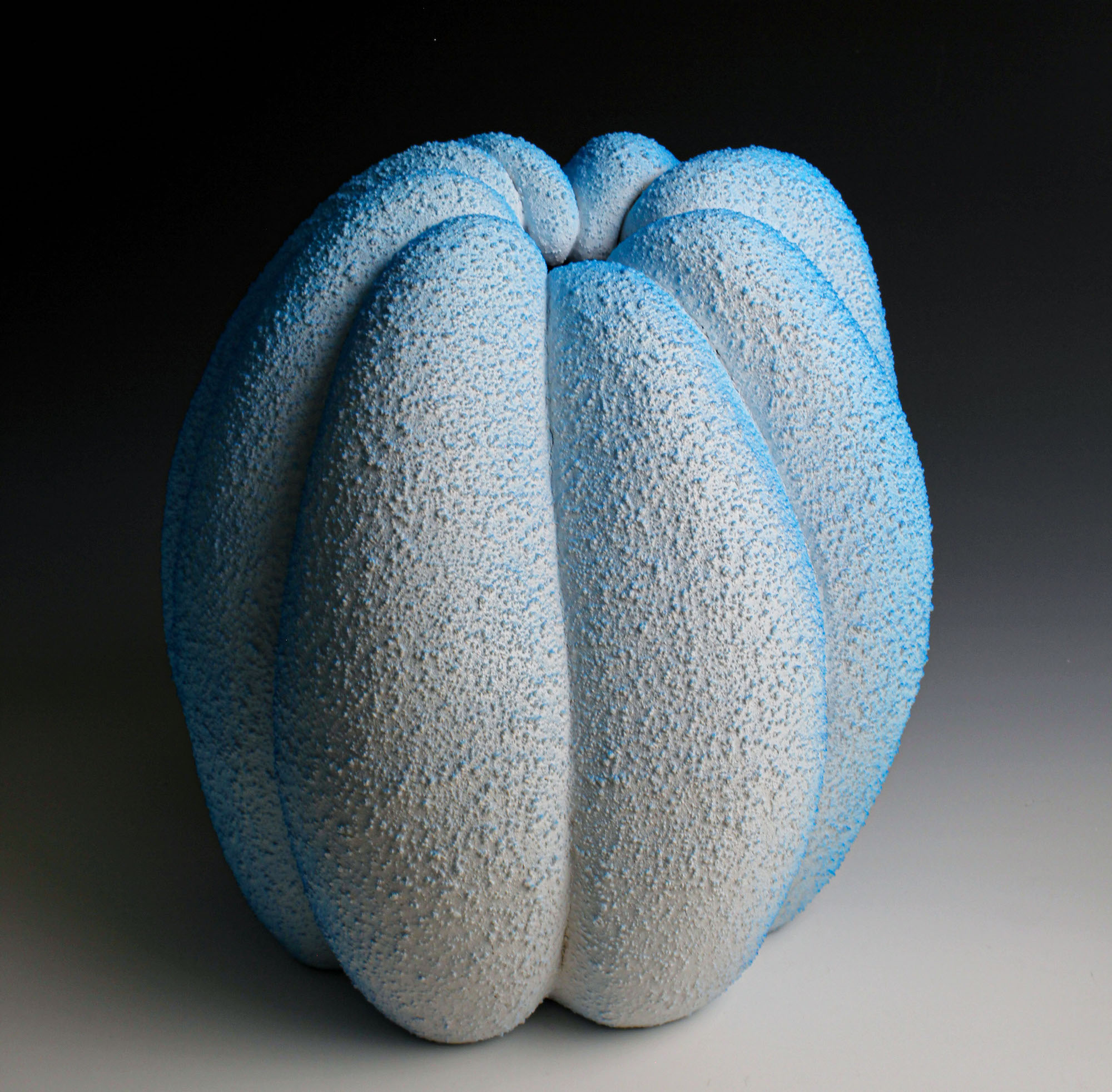