Angered by the gendered division perpetually seen in classic Western films, painter Felice House decided to create her painted series Re-Western. The collection of works are a re-imagining of her favorite Western films cast with female leads instead of the traditional male cowboys, painting females in place of actors such as James Dean, John Wayne, or Clint Eastwood. The women in her paintings are strapped with shotguns riding horses, fiercely looking out onto a deserted plain, and strongly staring into the eyes of the audience clad in plain button-downs and bright red cowboy boots.

“The western movie tradition is so established; so accepted, so mythologized that it spans the globe,” said House to Colossal. “I love the genre, and at the same time when I sit down to watch a Western movie, I start to feel angry. For the most part, the roles in Westerns are totally inaccessible to me.”

Deciding to start a conversation with this frustration, House choose to paint these reimagined Westerns to ask straightforward questions to a society that continuously handed over these roles to males. House seeks to ask what society would be like with this imagined reversal—how would education be changed? What would our reestablished priorities look like with females as the lead role? “I would argue that in today’s culture portraying women without objectifying them is an intentional and political act,” said House. “The art historical and current cultural norm is to portray women to extol their sexual beauty and to encourage possessiveness. For centuries men have painted images of women for men. Now that women have access to education and training, women are painting women as we see ourselves.”

House uses her female gaze and voice to create strong, female heroes in environments we all know, reestablishing our connection to the well-known historical settings. Working with the idea of a hero, House paints her portraits larger than life. She encourages the viewer to look up and become dwarfed by the women and their power, hoping this change in physical perspective might encourage a change in mental perspective as well.

Several of House’s female portraits are currently in the group exhibition Sight Unseen at Abend Gallery in Denver through March 25. Pieces from her Re-Western series will be included the upcoming exhibition Woman as Warrior at the Zhou B Art Center in Chicago in August. You can see more of her work on her website and Instagram. (via The Creators Project) 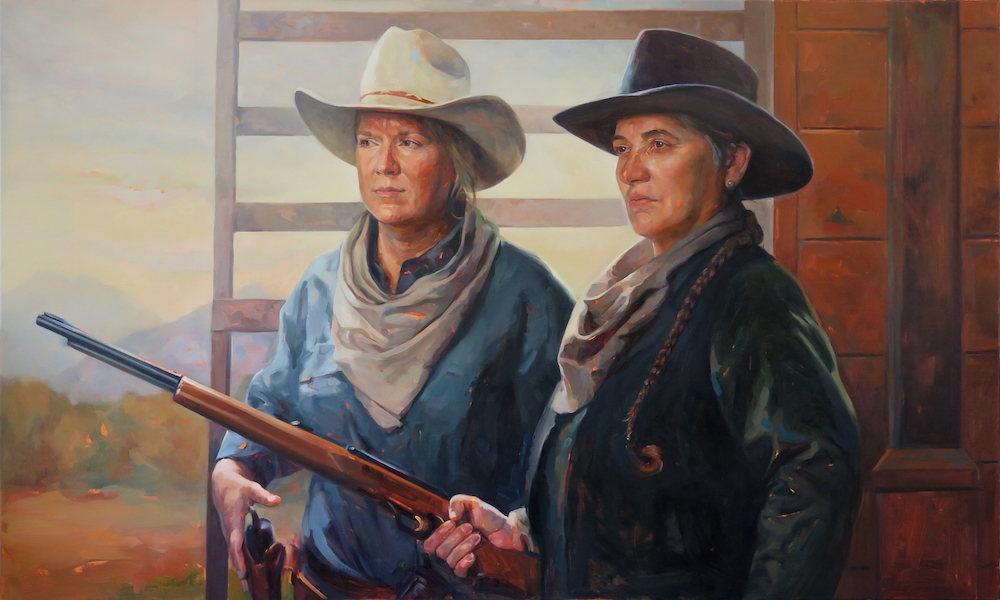 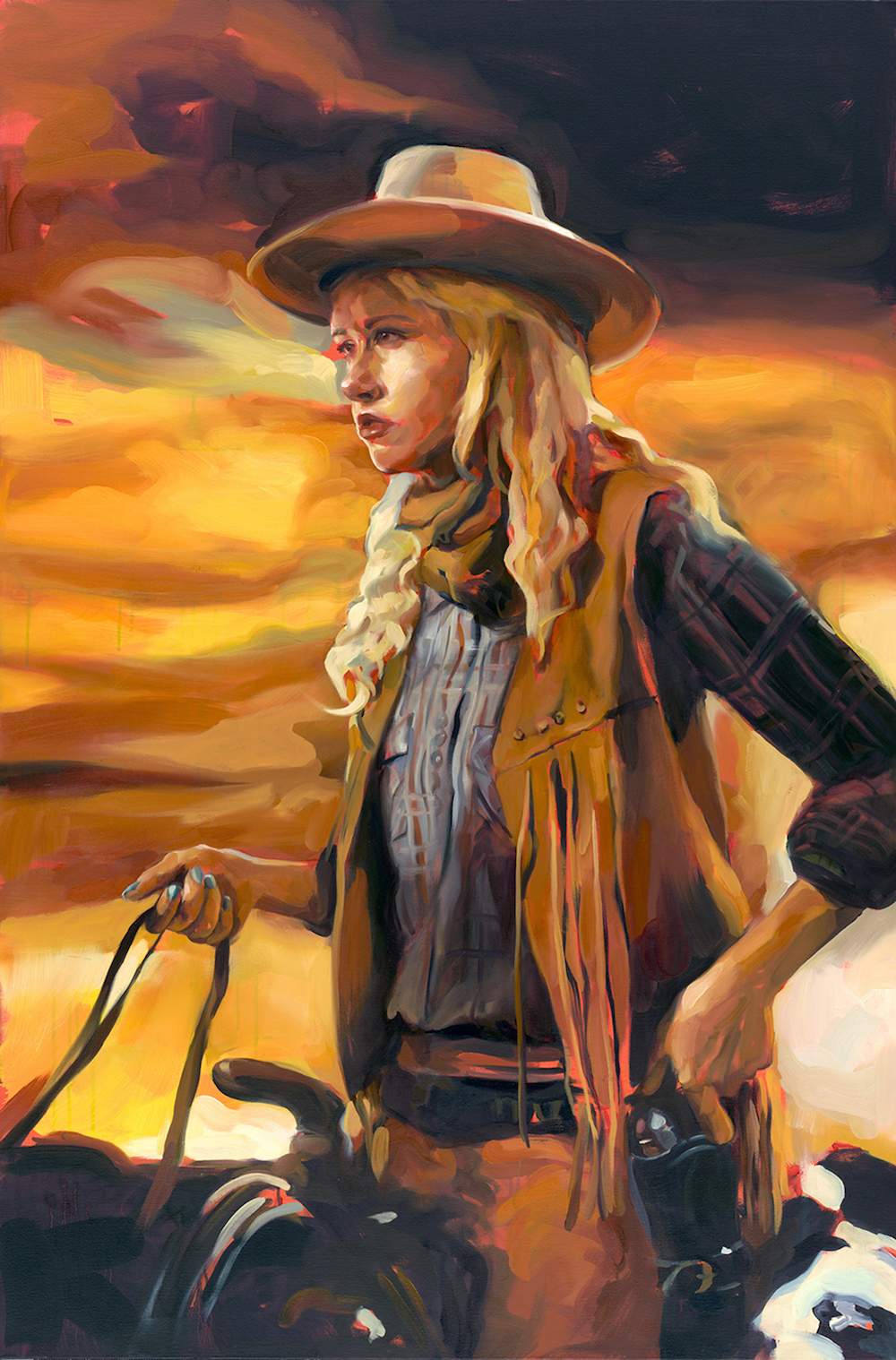 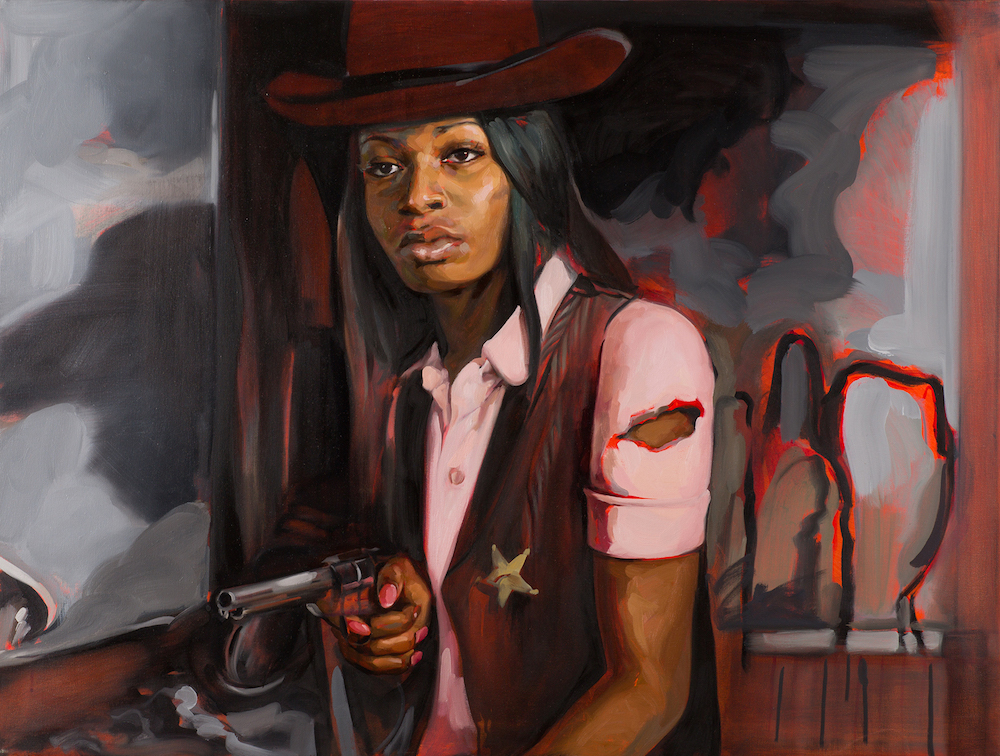 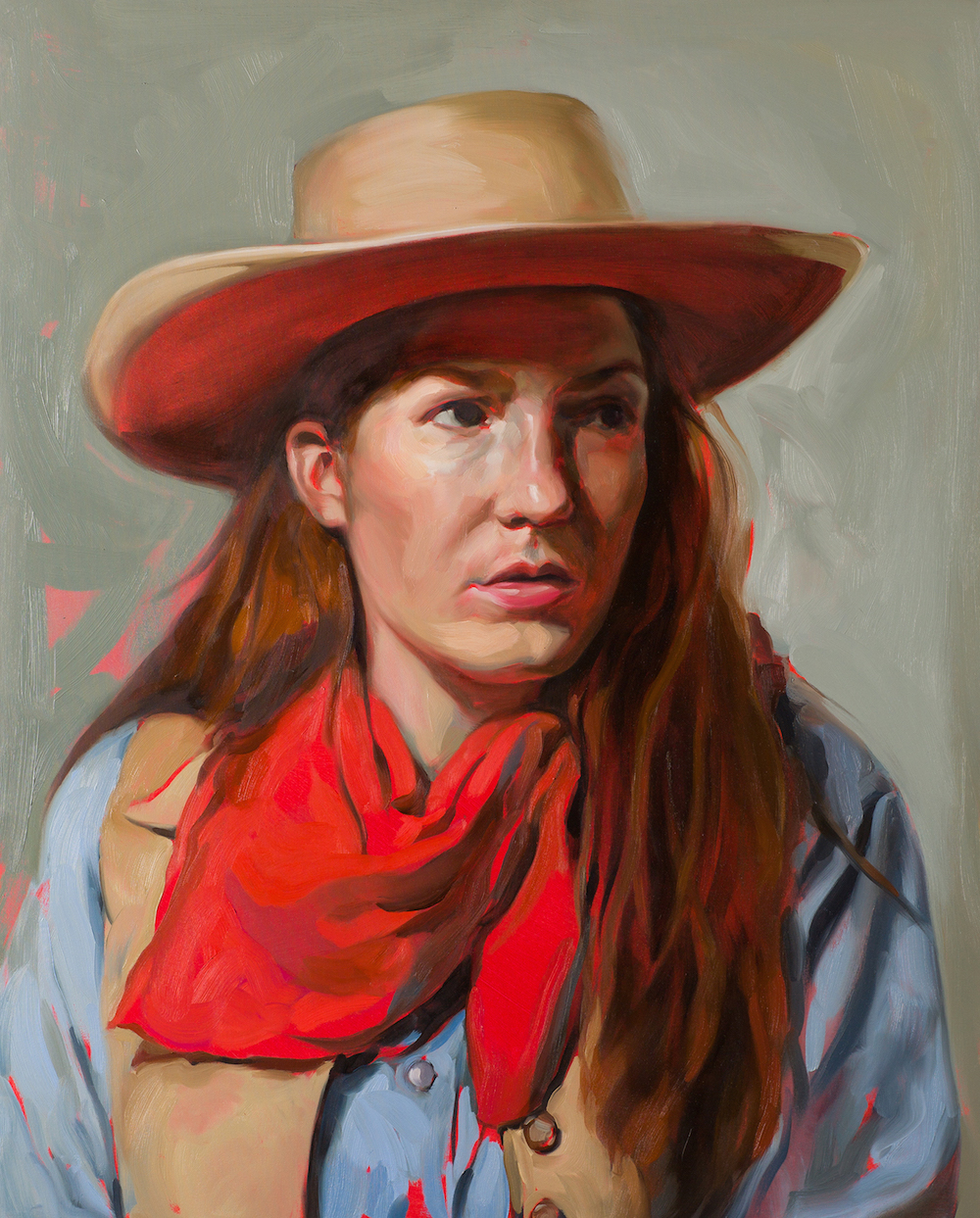 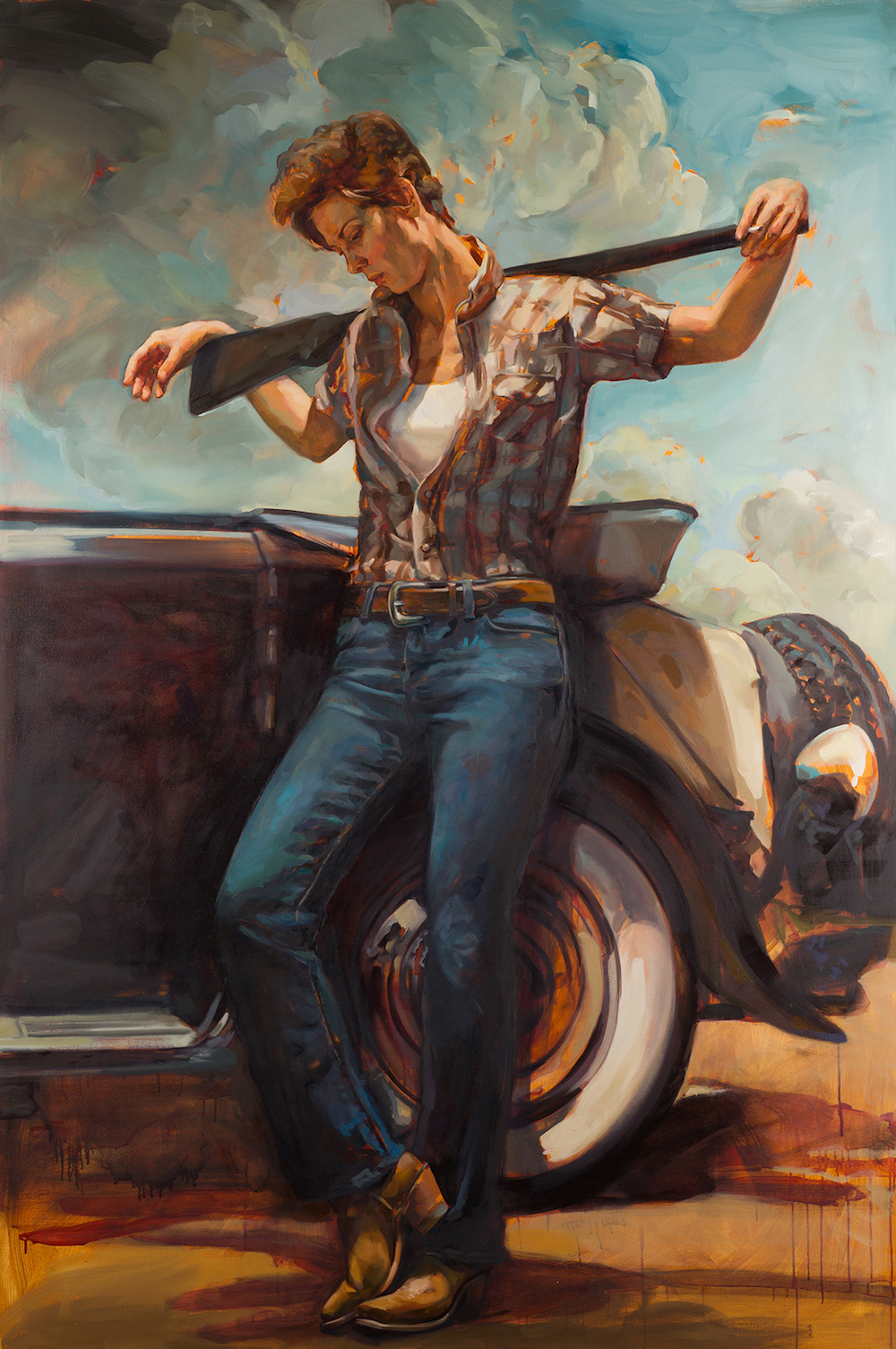 The full trailer for Loving Vincent (previously here and here), a film examining the life of Vincent van Gogh, has finally been released after nearly six years of creative development. Each of the 62,450 frames for the feature-length film were hand-painted by 115 professional oil painters, and will integrate 94 of Van Gogh’s paintings into the animation. First captured as a live action film, the final oil paintings replicate each shot, recreating the entire film frame-by-frame. Loving Vincent is written and directed by Dorota Kobiela and Hugh Welchman, and produced by Poland’s BreakThru Films and UK’s Trademark Films. You look behind-the-scenes of the film in the video below, as well as keep up-to-date with release information on the film’s Twitter and Facebook.

This fantastic timelapse gives a stunning behind-the-scenes glimpse of animators working on the set of the new stop-motion film Kubo and the Two Strings. The film is the latest movie from animation studio Laika, who previously made Coraline, The Boxtrolls, and ParaNorman, and is the directorial debut of Travis Knight who worked as an animator on all of their previous films. You can watch an even longer version here, and the studio made a similar timelapse for the Boxtrolls.

Photographer Bhautik Joshi has managed to make the film 2001: A Space Odyssey into something even more terrifying, turning the 1968 Sci-Fi hit into an animation fueled by Picasso. Joshi ran the film through Google’s neural network, Deep Dream, a program that finds and enhances patterns within images through algorithmic pareidolia. This process often leads to the hallucinogenic appearance of even simple images due to the extreme over-processing that occurs in the network.

Joshi took this program a couple of steps further by teaching the system to interpret the cult favorite as a series of Picasso paintings, making it lean more expressionist than trippy. If you like Joshi’s edit of the film, check out more of his work with DeepDream (including an interpretation of Blade Runner) on his Vimeo. (via Sploid)

The First Trailer for 'Loving Vincent,' an Animated Film Featuring 12 Oil Paintings per Second by Over 100 Painters Housed in a 16th century building in the historic center of Lyon, France is the Musée Miniature et Cinéma, a 5-story museum containing over 100 miniature film sets. The tiny scenes were produced by world-renowned miniaturists and contain the highest form of Hyperrealism in order to trick the audience’s eye into believing each set was indeed life-size.

The handcrafted models contain all the minuscule features that would be found in the film’s actual scene, from fake mold inhabiting peeling walls to scratches seen behind tiny bedposts. The props in the museum’s scenes are also placed with incredible accuracy, disheveled books in libraries propped against each other at just the right angle, and miniature Charles Eames chairs that would even fool the designer. Accurate within these scenes is also their relationship to outside light, windows accentuating or distilling the light to position the set in the right time of day, geographic location or season.

“The subtle lighting arrangement, the painstaking replication of old textures, the use of the same original materials, all contribute to the creation of a moving poetry that resonates with each new miniature panorama,” explains the museum’s website.

If you don’t happen to be traveling to France anytime soon you can see more images of the meticulously detailed scenes on the Musée Miniature et Cinéma’s gallery page here. (via Beautiful/Decay)