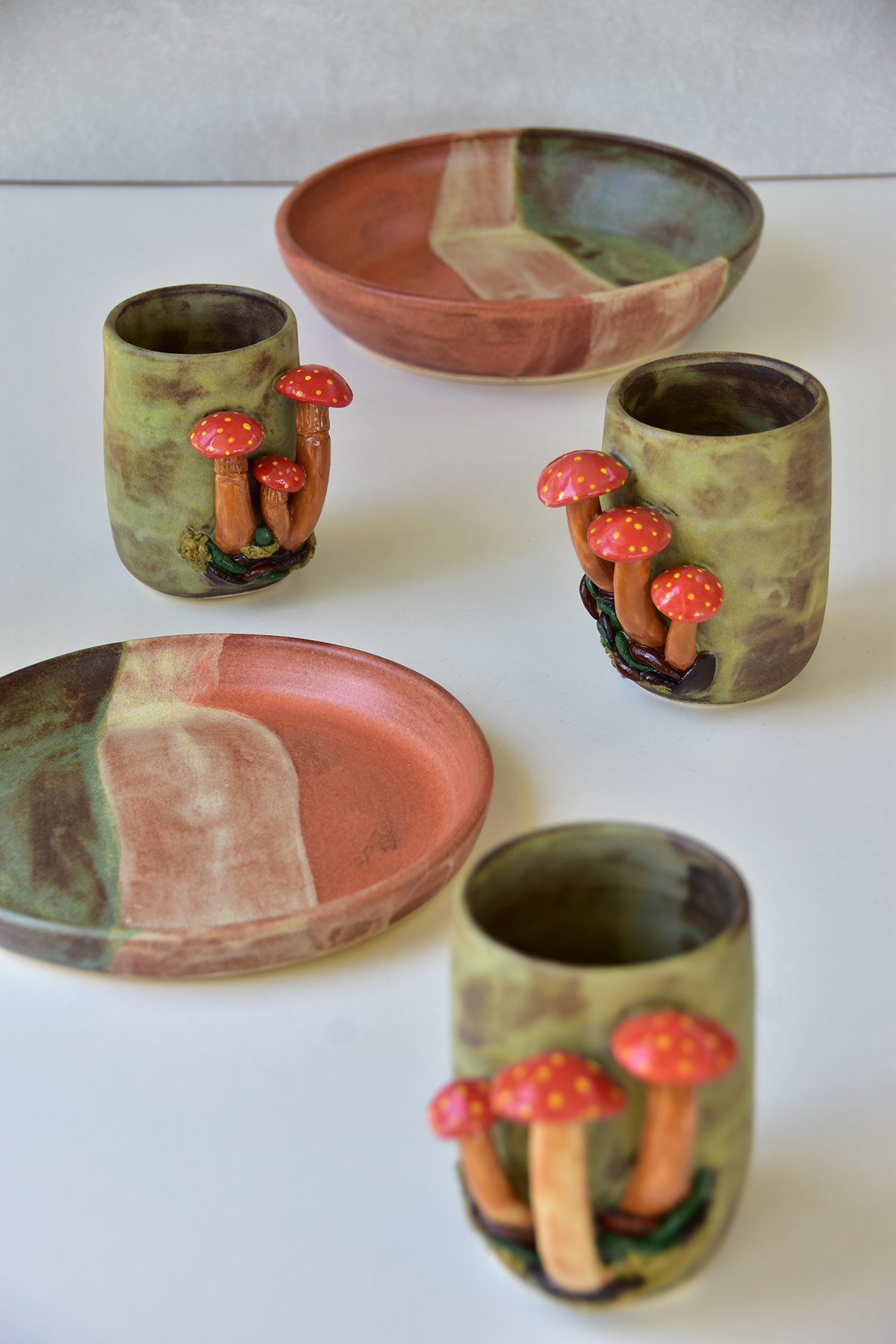 Mushrooms, Cattail Reeds, and Agricultural Waste are Reimagined to Construct “The Growing Pavilion” That’s not a giant glazed cake you’re looking at: The Growing Pavilion, which was created for Dutch Design Week is constructed with mycelium panels. Set on a timber frame, the panels are grown from mushrooms and then covered in an organic sealant originally developed by the Inca people. Cattail reeds comprise the floor and the interior and exterior benches are made using agricultural waste, for a fully eco-friendly structure.

The Growing Pavilion was designed over the course of three years by Pascal Leboucq and Erik Klarenbeek’s bio design studio Krown Design. In an interview with Dezeen, Leboucq explained the importance of scale in the project: “There are a lot of bio-based materials but they can be hard to recognise at first, and they often stay at sample stage. I really wanted to make a bigger statement, so that a lot of people can discover this fantastic material.” Mycelium panels are lightweight and are good insulators for heat and sound. With further ideation, Leboucq and Klarenbeek think that the material could last outdoors for a few years.

Discover more innovative designs from Dutch Design Week 2019, which was held in Einhoven, on the festival’s website. (via Dezeen) Photographer Alison Pollack’s subject of choice is usually hiding in plain sight. To find the minuscule but magnificent fungi and Myxomycetes that she shares on @marin_mushrooms, Pollack drops down to hands and knees with a magnifying glass. “The smaller they are, the more challenging they are to photograph, but I absolutely love the challenge,” Pollack tells Colossal. “My goal is to show people the beauty of these tiny treasures that are all around the forest but barely visible unless you look very very closely.”

Pollack, who is a mathematician by training and “computer geek” by trade (she is now retired from an environmental consulting career), relishes the technical and creative challenges of being a self-taught photographer. She seeks to create compelling artistic beauty with her images while also depicting scientific details in sharp focus. Pollack explains that focus stacking allows her to capture the depth and texture of her small subjects, sometimes incorporating upwards of one hundred photos to create a single image.

To increase the breadth and depth of her discoveries, Pollack travels nationally—and sometimes abroad—to find more fungi and Myxomycetes during her native California’s dry season. She also invests in relationships with other mushroomers, attending weekend gatherings to learn from her peers. “I would love to be able to travel more to different parts of the world to look for and photograph mushrooms and myxos,” Pollack tells Colossal. “Australia and New Zealand, and tropical regions, have mushrooms and myxos that really call to me, and I hope to be able to travel to those areas some day. But every walk in my local woods is a mycelial adventure!” Didymium squamulosum. Location: Mt Tamalpais, CA. Composite photo to show detail on both the stipe and cap with sporotheca.