While the standard response to insects crawling across your food or dinner plate is usually nothing less than repulsion, that didn’t stop German artist Evelyn Bracklow of La Philie from creating these one-of-a-kind vintage porcelain dishes covered in hordes of hand-painted ants. Bracklow says of the pieces:

The idea for this work resulted from pure chance, when the sight of a carelessly placed plate—by then wandered by ants—fascinated me so much that I felt the urge to simply conserve this image. Fear, disgust, fascination and admiration: this very interplay of feelings constitutes the charm of the work. Furthermore, to me, the ants symbolize all the stories that any formerly discarded piece of porcelain carries with it. Where one once dined and drank, today ants bustle in ever new formations, every single one applied with a great love for detail.

It’s not hard to see that each piece is incredibly detailed and well-executed, making it strangely beautiful despite what it portrays. This balance of superb execution versus creepy subject matter may be the reason she’s had no problem selling the objects over on Etsy, where a number of them are currently available. 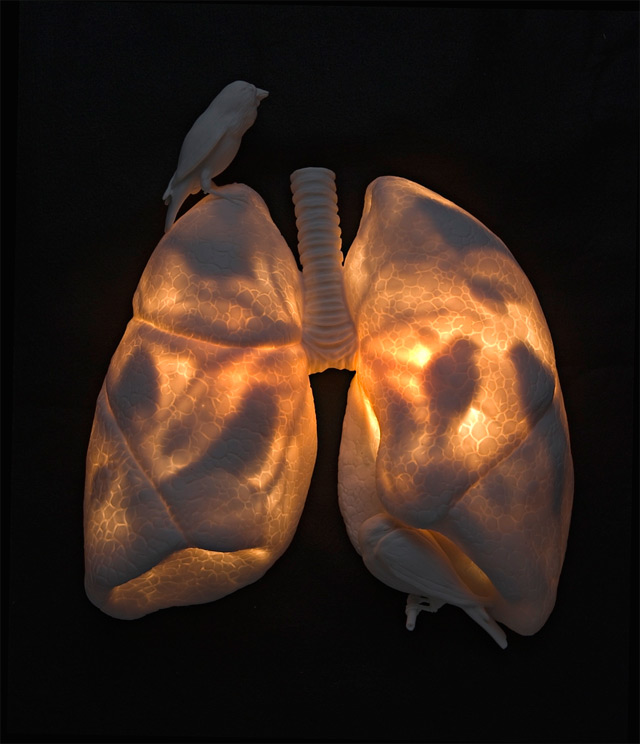 I have no idea why, but there’s something about a smoking anarchistic porcelain hippo that really strikes a chord with me. Designed by Frank Kozik and K.Olin Tribu, these suckers are priced more like art than toys but head over to Art and Toys if you want to learn more. Available in black, red, or as a pack of two. Kick ass. (via artskills)