A 20,000-Square-Foot Tribute to Healthcare Workers Emerges at Queens Museum In the Queens Museum parking lot, Cuban-American artist Jorge Rodríguez-Gerada (previously) has painted a 20,000-square-foot mural as both an act of gratitude to Latinx healthcare workers, who have risked their own safety to care for others, and a nationwide call to action.

“Somos La Luz,” or “We Are The Light,” is a large-scale rendering of Dr. Ydelfonso Decoo, a pediatrician who died when fighting the virus in New York City. Rodríguez-Gerada hopes to draw attention to the disproportionate number of COVID-19 cases among Latinx and Black populations across the United States, in addition to the alarming rates of infection in Queens, one of the city’s epicenters for the virus.

In an Instagram post about the project, Rodríguez-Gerada said presenting the masked figure on such a massive scale reflects the enormity of the issue. “This artwork ‘Somos La Luz’ strives to give deeper meaning to the loss of each life,” the artist writes. “It strives to make evident the importance of every life as well as to value the amazing contribution of migrant people.”

Best viewed aerially, the mural was commissioned by the immigrant healthcare organization SOMOS and Make the Road New York, an advocacy group. (via Hyperallergic) One Chicago driver got a little too excited about Jim Bachor’s recent tribute to one of humanity’s preferred coping mechanisms. In a COVD-19 themed series, the Chicago-based artist (previously) installed four mosaic potholes on the city’s northeast side, except an anxious motorist drove over the can of Old Style before it was dry. Despite its partial damage, the rest of the cemented works feature the newly iconic roll of toilet paper and bottle of hand sanitizer. A red star from Chicago’s flag fills the fourth as a nod to the local community. 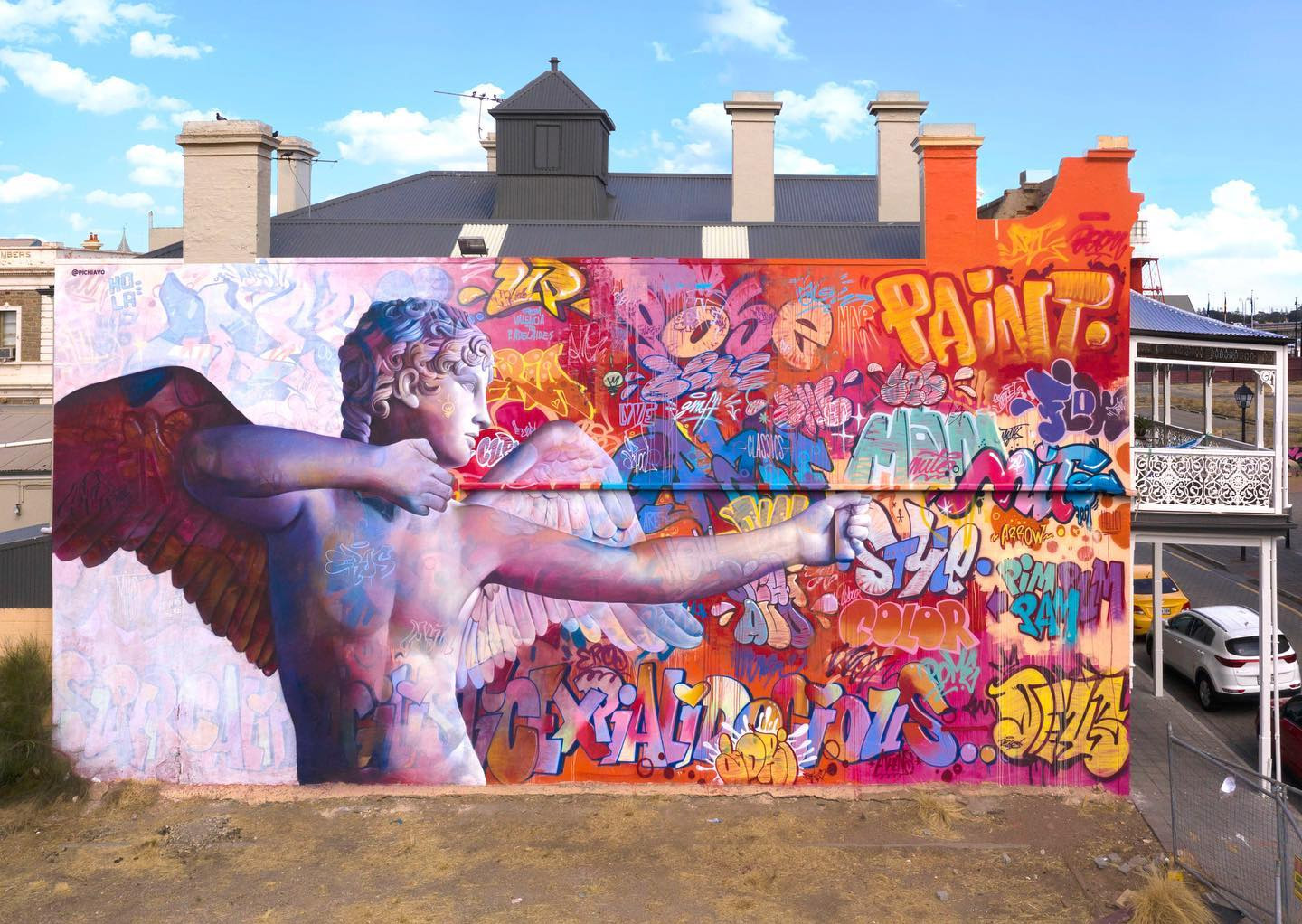 French artist François-Joseph Bosio notably left his iconic marble sculpture Cupid with a Bow (1808) without the actual weapon. In a recent rendering by Valencia-based duo PichiAvo (previously), though, the Roman god is outfitted with a long arrow fashioned out of a preexisting horizontal duct. The graffiti-laden mural was PichiAvo’s contribution to the 2020 Wonderwalls Festival in Port Adelaide.

Known for Urbanmythology—a style that blends urban artwork and Greek and Roman mythology—PichiAvo seamlessly merges the two into vibrant, large-scale compositions. The street artists also depicted Cupid in a 2018 project in Italy, and they tell Colossal that their recent mural is an extension of their fascination with the deity of love and lust. Head to Instagram and YouTube for a deeper look into the duo’s processes, and pick up a print from their shop. (via Street Art News) 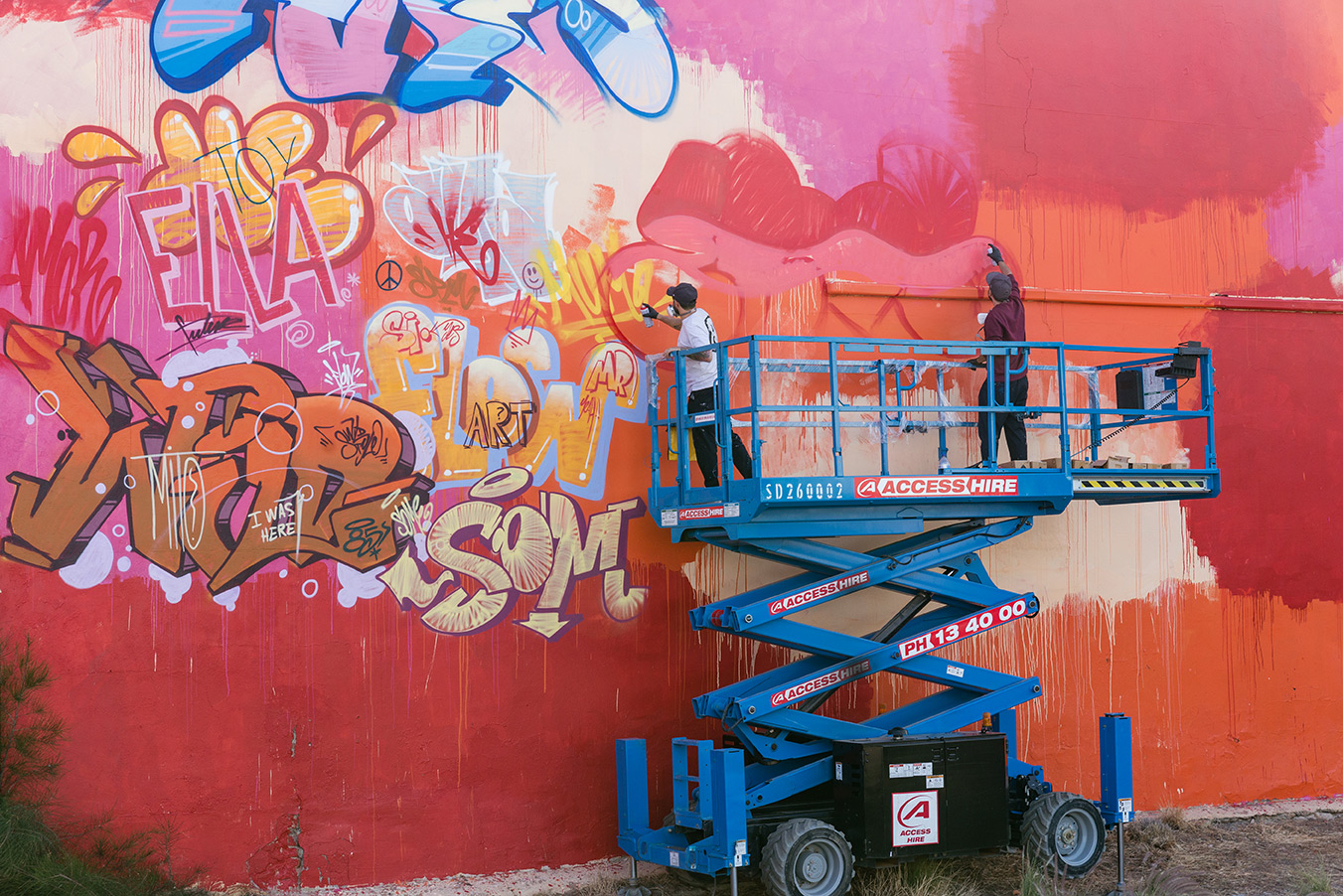 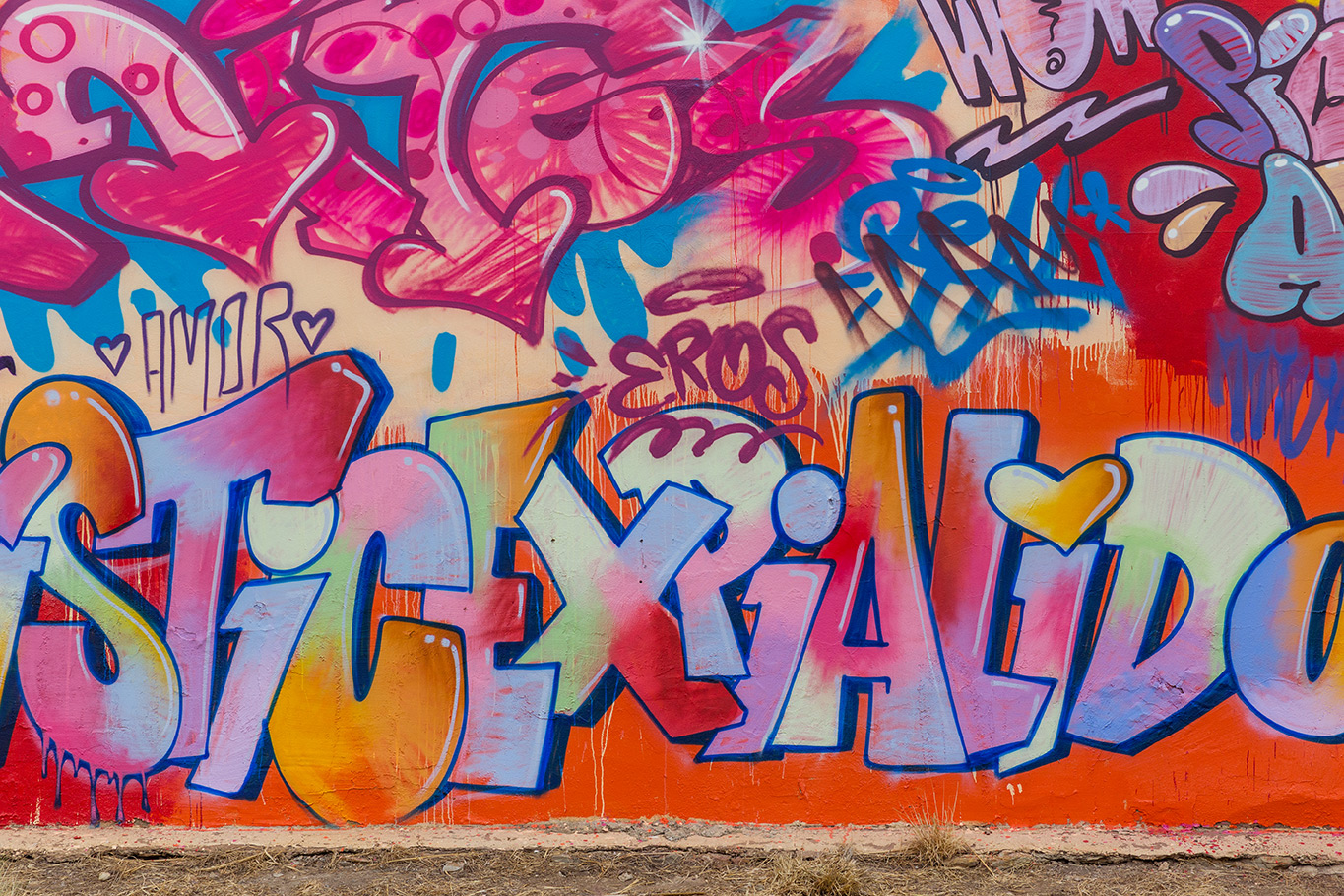 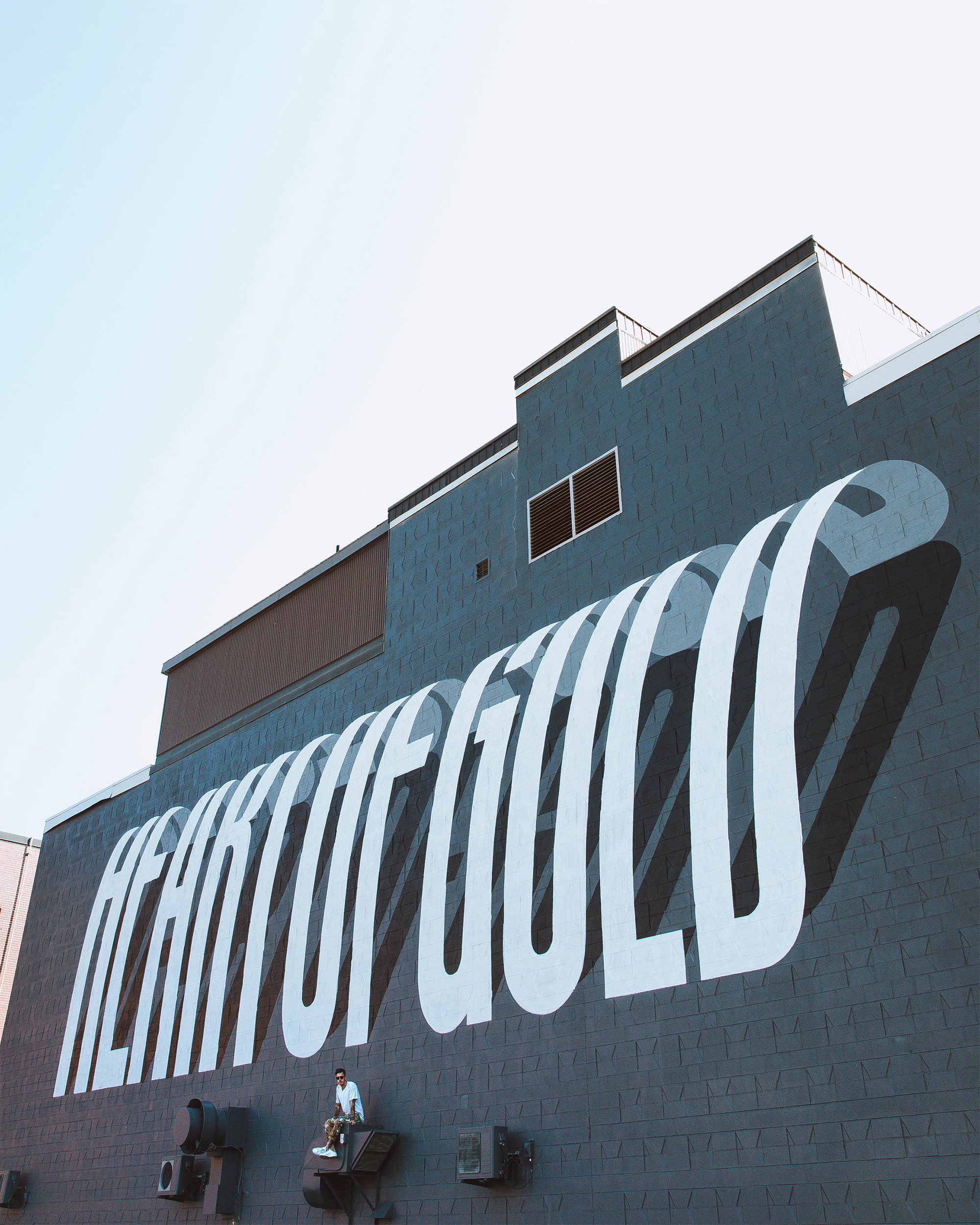