The Embroidered Computer by Irene Posch and Ebru Kurbak doesn’t look like what you might expect when you think of a computer. Instead, the work looks like an elegantly embroidered textile, complete with glass and magnetic beads and a meandering pattern of copper wire. The materials have conductive properties which are arranged in specific patterns to create electronic functions. Gold pieces on top of the magnetic beads flip depending on the program, switching sides as different signals are channeled through the embroidered work.

“Traditionally purely decorative, [the work’s patterns] defines their function,” explained Posch on her website. “They lay bare core digital routines usually hidden in black boxes. Users are invited to interact with the piece in programming the textile to compute for them.”

The piece is a reference to the historic similarity between textile creation and computing, for example the Jacquard loom being an important influence on the evolution of computing hardware. Posch is a researcher and artist with a background in media and computer science who explores the how technological seeps into the fields of art and craft, and Kurbak is an artist and designer who investigates the hidden politics of everyday spaces and routines. You can learn more about their work and partnerships here or here. (via Kottke) The Voyageurs Wolf Project is a collaboration between the University of Minnesota and Voyageurs National Park which tracks and studies wolves throughout the warmer months. In 2018, the project studied six northern Minnesota packs, creating a map that showcases the intensely territorial way the animals behave, and how tightly they stick to their packs. The brightly colored line drawings were composed from 68,000 GPS locations of the six packs, with negligible crossover between the data-driven formations.

Not only does the information help researchers track where wolves have been, but also which prey the wolves have killed. “This detailed GPS-data is incredibly valuable for understanding pack boundaries and also for our predation research,” explains a post from the Voyageurs Wolf Project. “We visited every spot these wolves spent more than 20 minutes to determine if the wolves made a kill. This required an estimated 5,000 miles of hiking this past summer from our field crew!!”

After the original map circulated widely, the team decided to bring the information to life, which you can observe in the GIF below. The moving image includes data from April 15, 2018 to the end of October of the same year, with GPS locations taken every 20 minutes. You can follow more data collected by the Minnesota-based team on Facebook. (via Twisted Sifter) For over 15 years, Japanese artist Tatsuo Horiuchi has rendered the subtle details of mountains, cherry blossoms, and dense forests with the most unlikely tool: Microsoft Excel. The 77-year-old illustrator shunned the idea of paying for expensive painting supplies or even a basic drawing program for his computer, saying that he prefers Excel even over Microsoft Paint because it has “more functions and is easier to use.” Using simple vector drawing tools developed primarily for graphs and simple shapes, Horiuchi instead draws panoramic scenes of life in rural Japan.

Great Big Story recently visited Horiuchi at his home for a brief interview and a behind-the-scenes look at how he works in the video above. If you’re even slightly skeptical, here’s two of his earlier Excel artworks you can download and explore yourself:

You can explore more of Horiuchi’s Excel drawings on his website and at Spoon & Tamago. 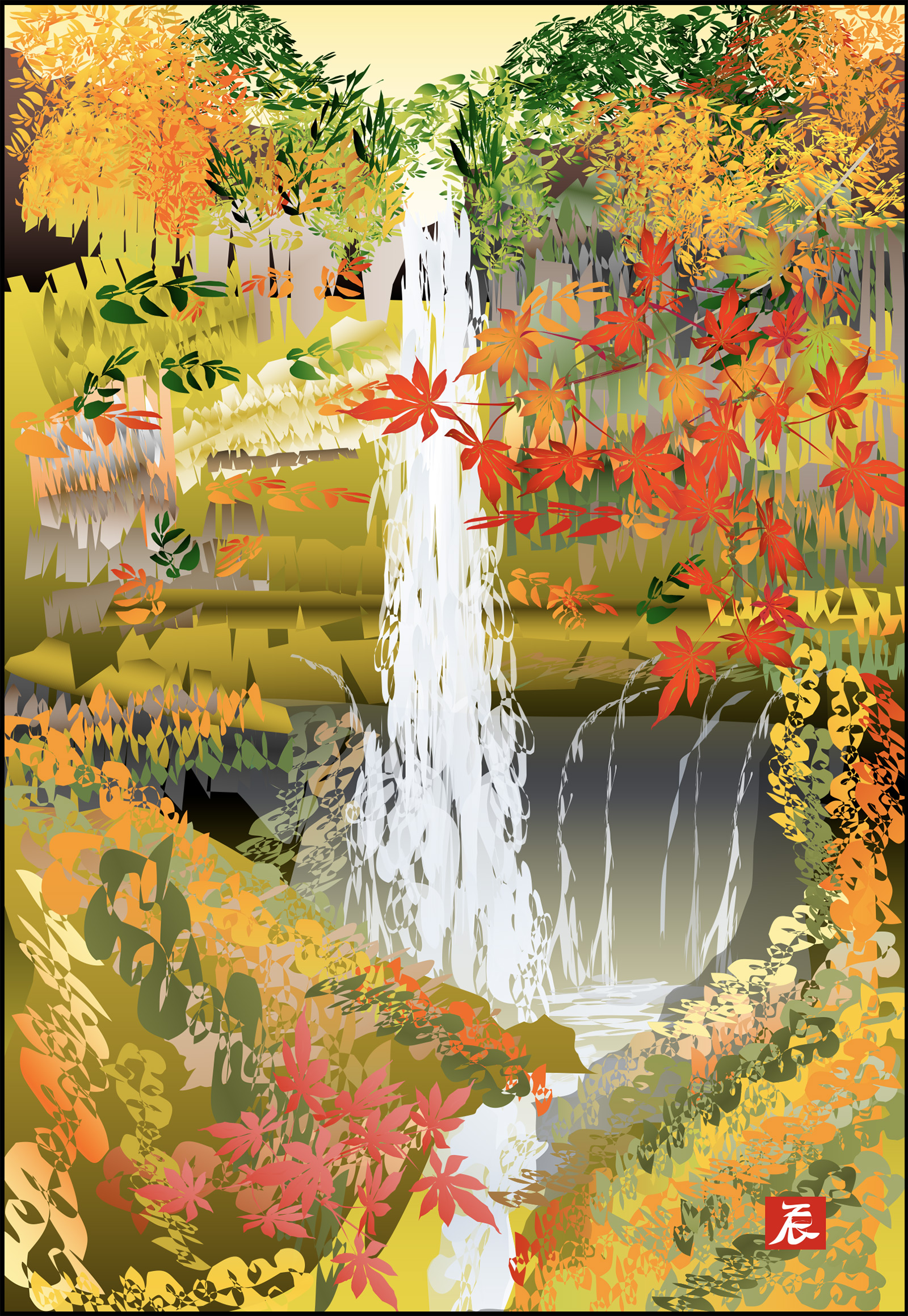 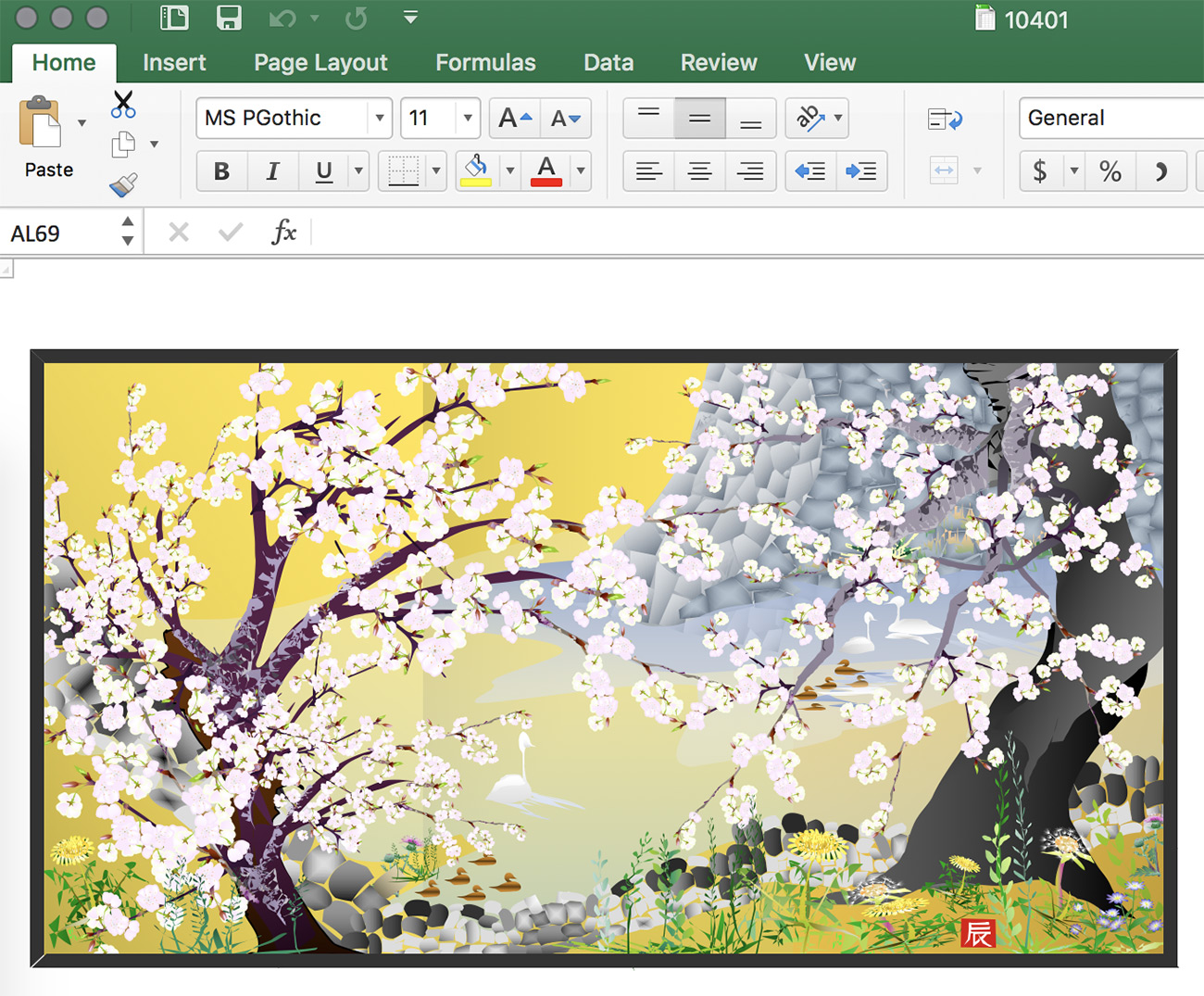