Painter Kelly Reemtsen (previously) paints images of anonymous women in thick impasto. The pieces juxtapose high fashion with tools and other construction equipment, placing sequenced high heels alongside sledgehammers and hefty axes. The colorfully painted works are Reemtsen’s comment on modern femininity. By placing tools in each of her subjects’ hands, the LA-based artist showcases that having feminine identification doesn’t mean fitting into a predetermined role.

Reemtsen is represented by Detroit-based David Klein Gallery and Lyndsey Ingram in London. You can view more of her fashionably dressed subjects on her website. 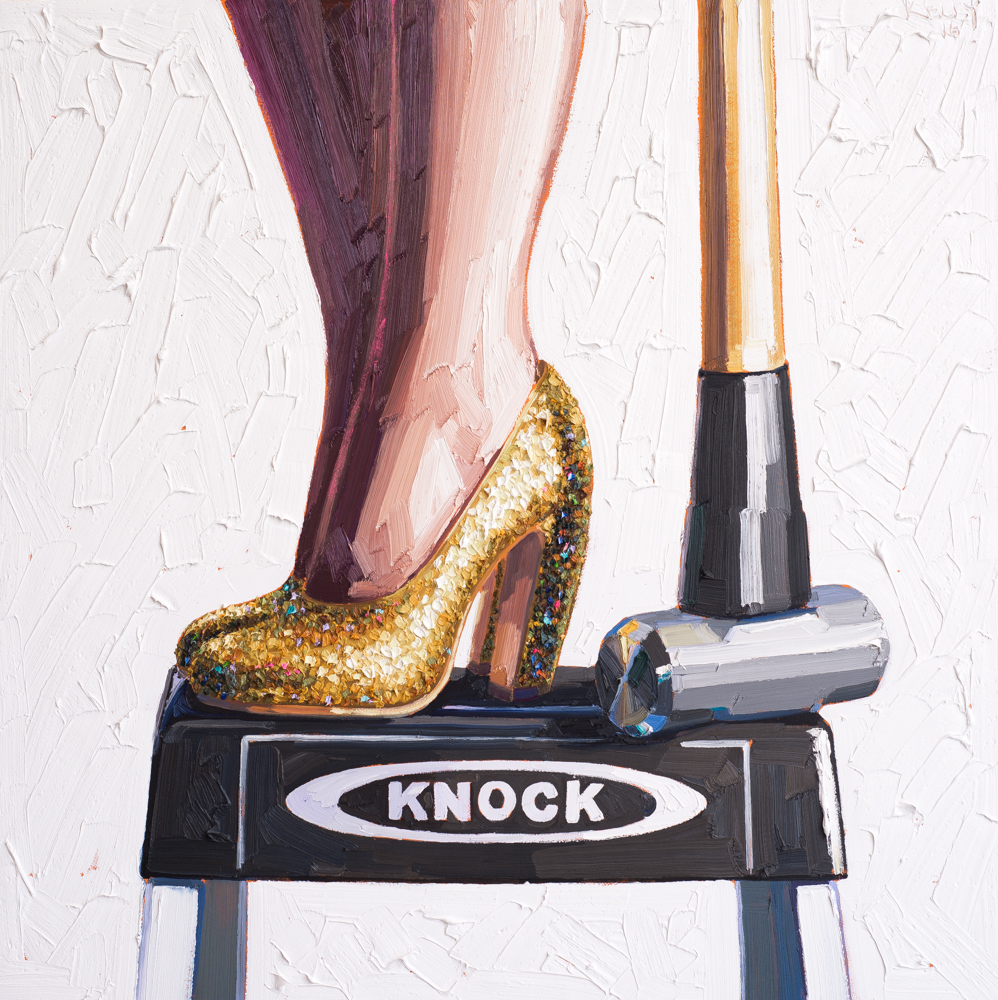 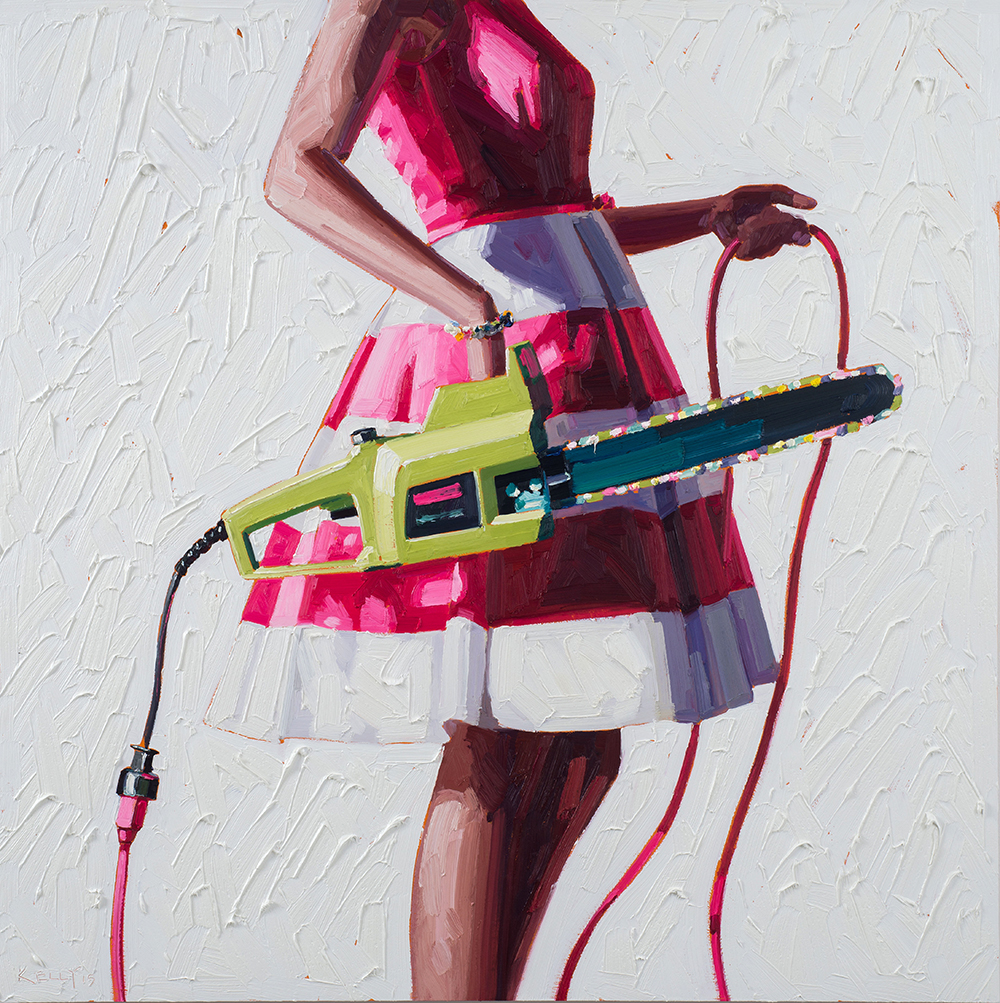 Los Angeles-based painter Kelly Reemtsen's newest works focus on the subject matter of well-dressed women toting household tools that range from mallets to power saws, each held in a causal position that demonstrates a comfortableness with the object in-hand. Each figure is anonymous, the head of the woman not included in the cropped images of dress, heels, and tool.

The collective works question what makes the modern woman, flouncy dresses coordinating with more masculine tools to showcase the objects’ relatability rather than create a contrast between the woman and her wrenches and shears. The brightly colored impasto paintings each provide a burst of color—yellow, greens, and pinks catching the eye.

Reemtsen just closed a new exhibition of work titled “Smashing” at De Buck Gallery in New York and is also represented by David Klein Gallery, which relocated to Detroit this fall. Her 2013 book “I’m Falling” won both the Independent Spirit Award and 2014 Independent Publisher Books Award. Hot on the heels of a post earlier this week about centuries-old guide for mixing watercolors, I stumbled onto this 18th century instrument designed to measure the blueness of the sky called a Cyanometer. The simple device was invented in 1789 by Swiss physicist Horace-Bénédict de Saussure and German naturalist Alexander von Humboldt who used the circular array of 53 shaded sections in experiments above the skies over Geneva, Chamonix and Mont Blanc. The Cyanometer helped lead to a successful conclusion that the blueness of the sky is a measure of transparency caused by the amount of water vapor in the atmosphere. You can learn more at the Royal Society of Chemistry. (via Free Parking)