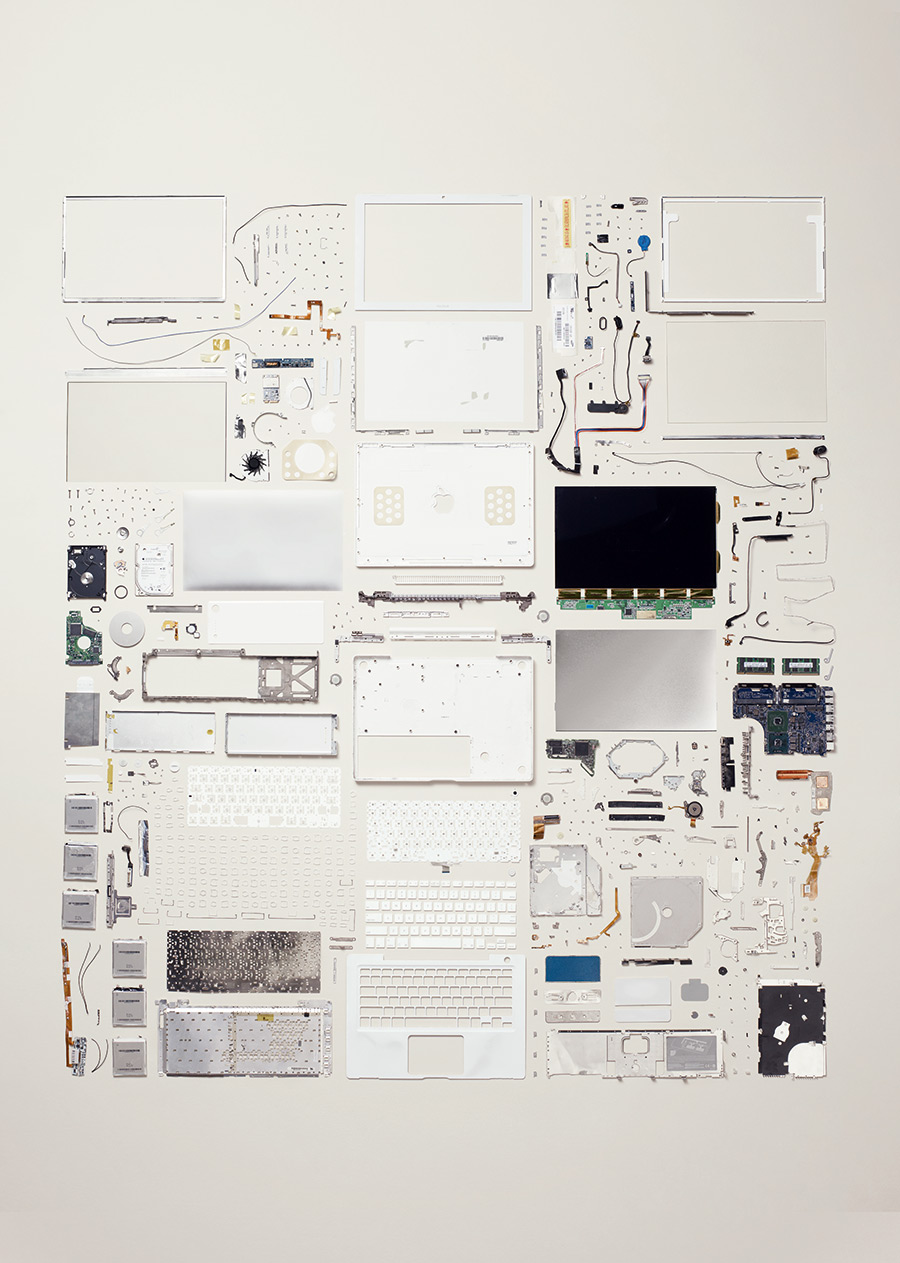 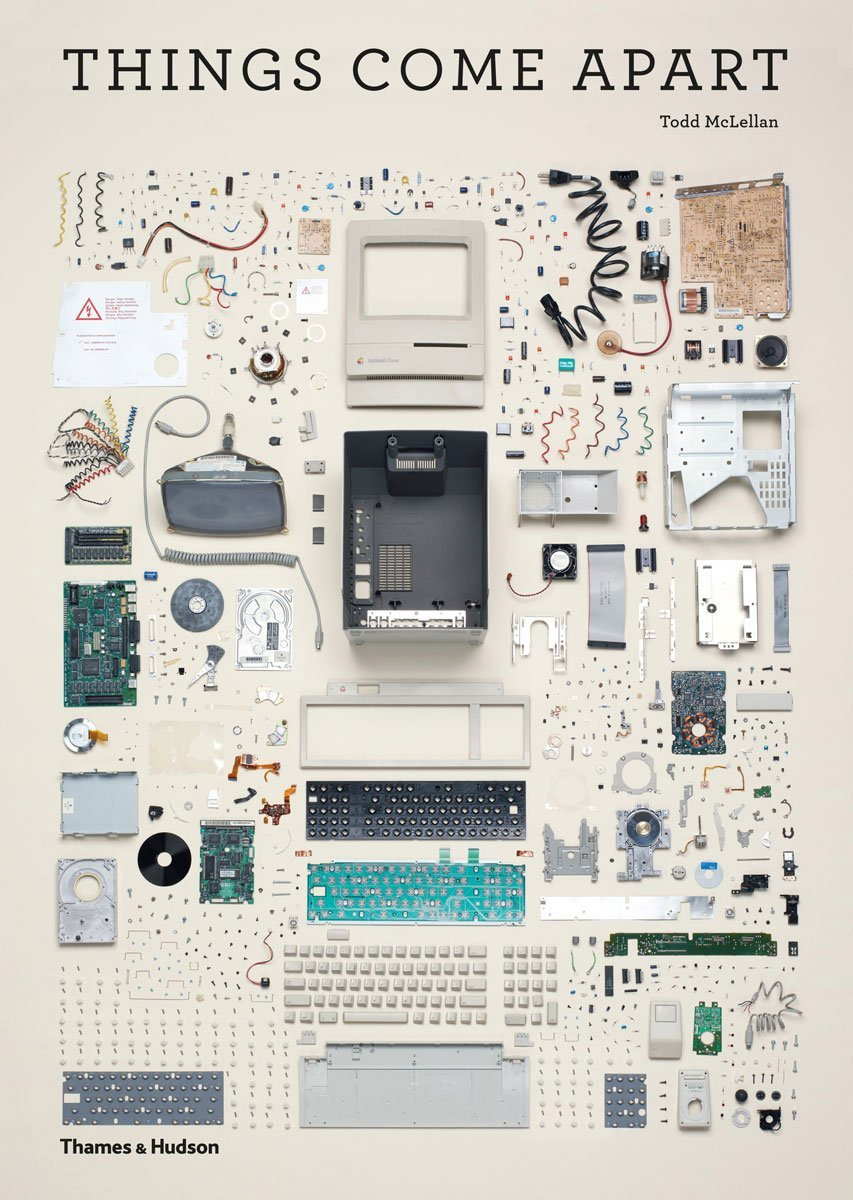 I’ll never forget the excitement I felt the first time I disassembled a telephone. I was eight years old, on our back porch with just an old screwdriver and a pair of pliers, but seeing what was inside this everyday object was a discovery akin to unearthing a dinosaur. The sudden knowledge that the speaker part was magnetic and contained a mile of thin copper wiring was practically miraculous. When the day was over, I was surrounded by pieces of am/fm radio, an old handheld video game, and a toy car, none of which would ever be assembled again, but that really wasn’t the point. Master disassembler Todd McLellan remarks on a similar childhood discovery in his latest book, Things Come Apart from Thames & Hudson, but for him, it wasn’t fleeting like it was with me. It was the beginning of his life-long career in documenting the technological methods of modern mass production in reverse.

In Things Come Apart, McLellan exposes the inner working of 50 objects and 21,959 individual components as he reflects on the permanence of vintage machines built several decades ago—sturdy gadgets meant to be broken and repaired—versus today’s manufacturing trend of limited use followed by quick obsolescence. Captured in his photography are myriad parts laid flat and organized by function, creating recontextualized images of wagons, chainsaws, computers, and phones. He also shoots high-speed photos of carefully orchestrated drops where pieces are shot in midair as they come crashing down, creating impressive visual explosions. Also appearing in the book is his pièce de résistance: a Zenith CH 650 aircraft photographed as individual components.

The book is officially published tomorrow, but you can order it now on Bookshop and Thames & Hudson. All images copyright Todd McLellan courtesy of the publisher.

Update: If you’re in Chicago, McLellan currently has an exhibition at the Museum of Science and Industry through May 19th.