All You Can Feel: Images of Recreational Drugs Exposed to Film Negatives by Sarah Schoenfeld 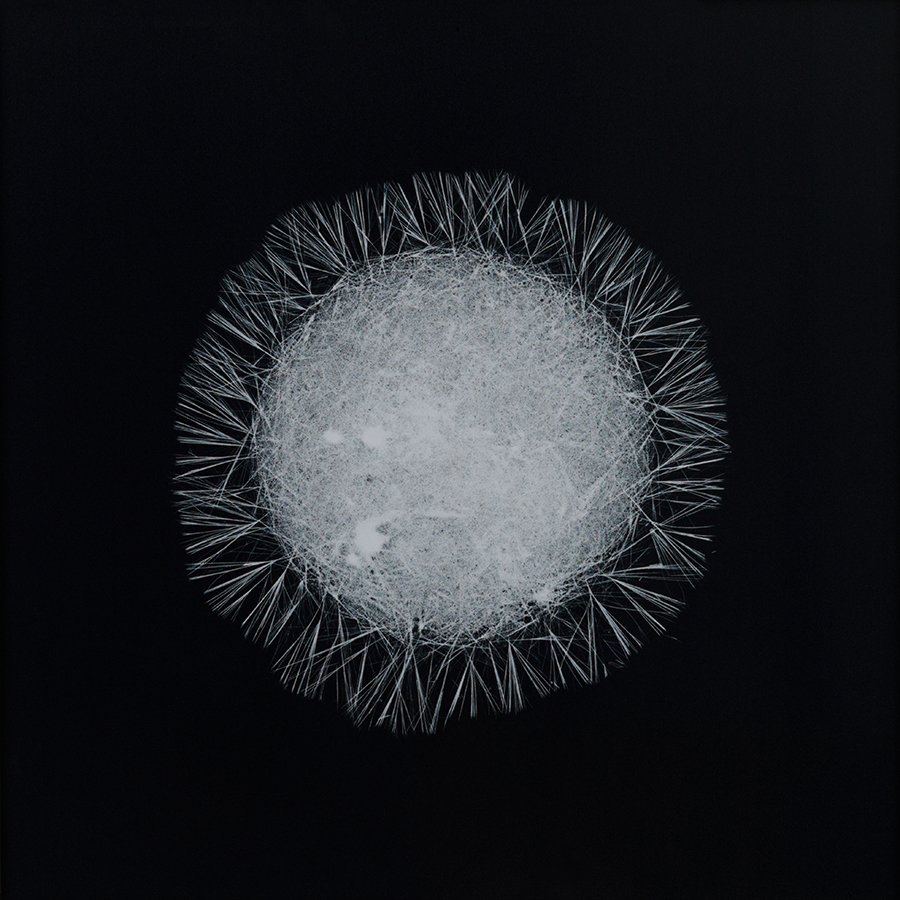 Whether you’ve tried mind-altering substances or not one thing remains true: we all have an idea of what a drug feels like, be it imagined, anecdotal, or from direct exposure. So what might the effect of a drug look like? That was the question asked by artist Sarah Schoenfeld who had ample exposure to the realities of drugs while working in a Berlin nightclub. To answer the question she converted her photography studio into a laboratory and exposed legal and illegal liquid drug mixtures to film negatives. The resulting chemical reactions were then greatly magnified into large prints to form a body of work titled All You Can Feel.

These final, otherworldly images of heroin, cocaine, MDMA, and other substances explore a relationship between photography, alchemy, pharmacy and psychology. One can’t help but draw parallels between Schoenfeld’s photos and the perceived effects of various narcotics, be it the sharp, electrified ball of Ketamine or the cold, isolated sphere of LSD, while others look like unstable tectonic plates, a continent on the verge of destruction.

All You Can Feel is now available as a book through Kerber Press, and a collection of images were on view as part of a group show, It Is Only A State of Mind at Heidelberger Kunstverein in Heidelberg through February 2, 2014. You can also read an interview with Schoenfeld over on Kaltblut. If you liked this, also check out Vanishing Spirits by Ernie Button. (via It’s Nice That)