Since 2007 photographer Matthias Schaller has photographed raw, abstract paintings. The paintings however are not found on canvas, but rather smeared onto the tools used to craft each work of art—the palettes. His series, Das Meisterstück (The Masterpiece), claims these behind-the-scene objects as portraits of the artist, while also giving a direct insight into the detailed techniques performed by each painter.

Schaller was first inspired to begin his photographic collection during a visit to Cy Twombly’s late studio. During the visit he stumbled upon the artist’s palette, which he discovered to be an accurate reflection of the artist’s paintings. Encouraged to further discover the similarities between palette and painting, Schaller has gone on to photograph over two hundred of these historic portraits. His search has led him to collect palettes from all across Europe and the United States, finding the objects in major museums and private foundations and in the custody of artists’ relatives and collectors. The palettes he’s photographed so far in the series belong to seventy painters from both the 19th and 20th century, and include such artists as Monet, van Gogh, Matisse, and Picasso. To accurately analyze the details from paint hue to brushstroke, Schaller presents the images in large format, each work existing at approximately 190 x 150 cm.

Schaller’s practice focuses on non traditional portraits, which he considers “indirect portraits.” Other subject matter has included children’s rooms in Naples, Italy, 150 Italian opera houses, astronaut suits, and early punk vinyls. Through June 8, the Giorgio Cini Foundation will present Schaller’s Das Meisterstück alongside the Venice Biennale, an exhibition that will focus on 20 of Schaller’s palette photographs. (via Hyperallergic) 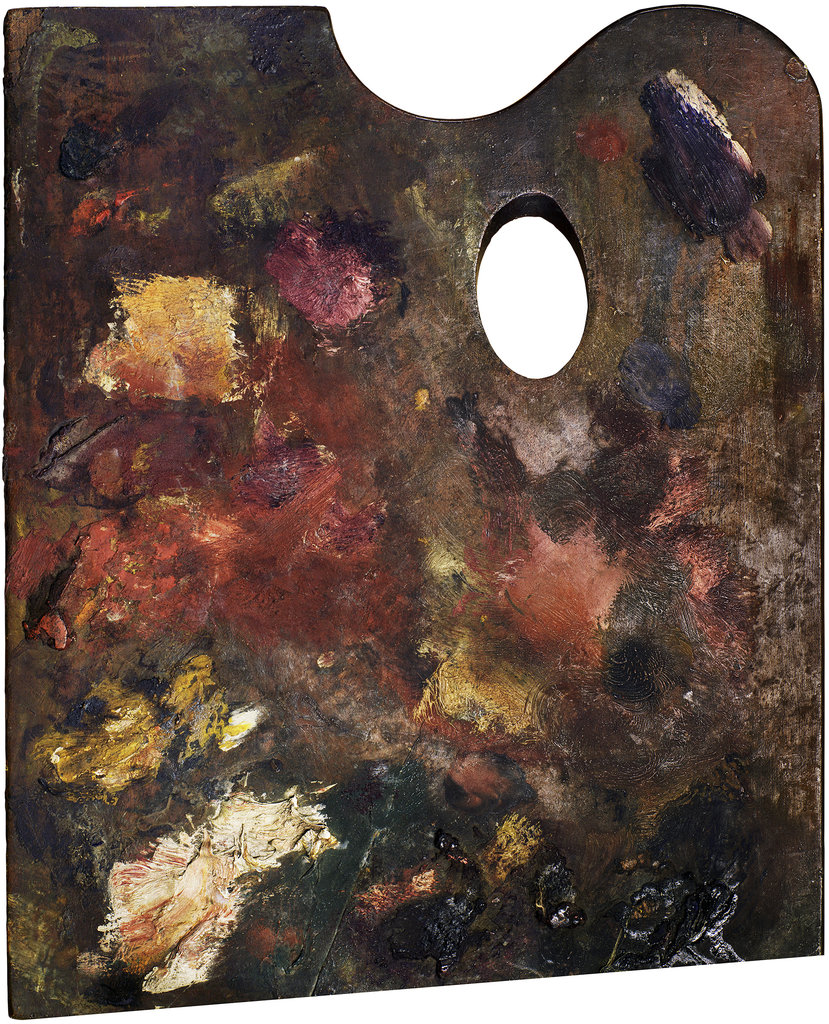 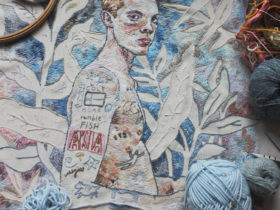