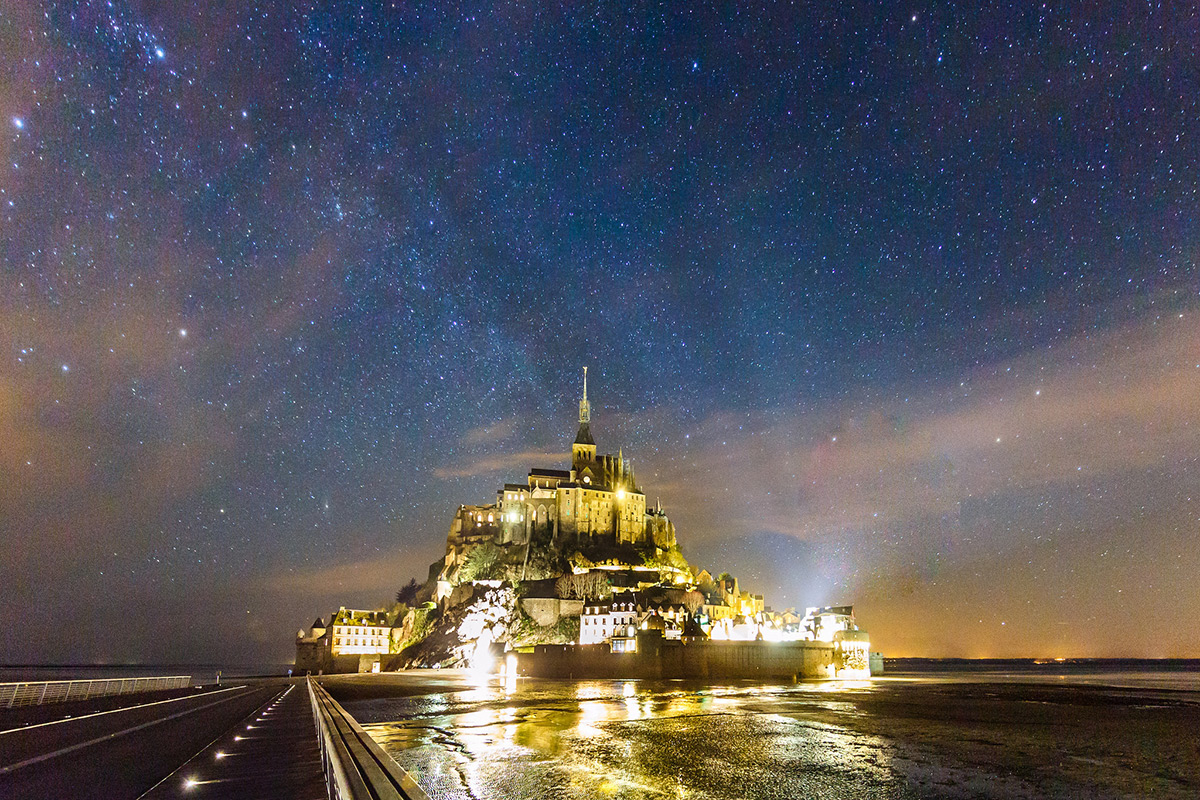 Last week while visiting Le Mont-Saint-Michel in Normandy, photographer Loïc Lagarde captured this awesome view of the tidal island at night with the Milky Way spanning the sky above, further highlighting the near fairy-tale nature of the historic landmark. The island has held strategic fortifications since the 8th century and is famous for the dramatic shift in surrounding tides that vary roughly 14 metres (46 ft) between high and low and high water marks. Despite being visited by nearly 3 million people annually the island has a population of just 44 permanent residents. Lagarde says the photo was made without multiple exposures or blending and is a ‘true’ representation of the moment. You can see more of his photos on Instagram.