The new piece depicts a scribbled figure of a child playing with a stick and hoop, but the hoop has been replaced with a giant flaming tire. Perhaps not the inspirational motif you’d expect to adorn a primary school, but we imagine it must be in line with their sense of humor. The mural was also accompanied by a fantastic note: 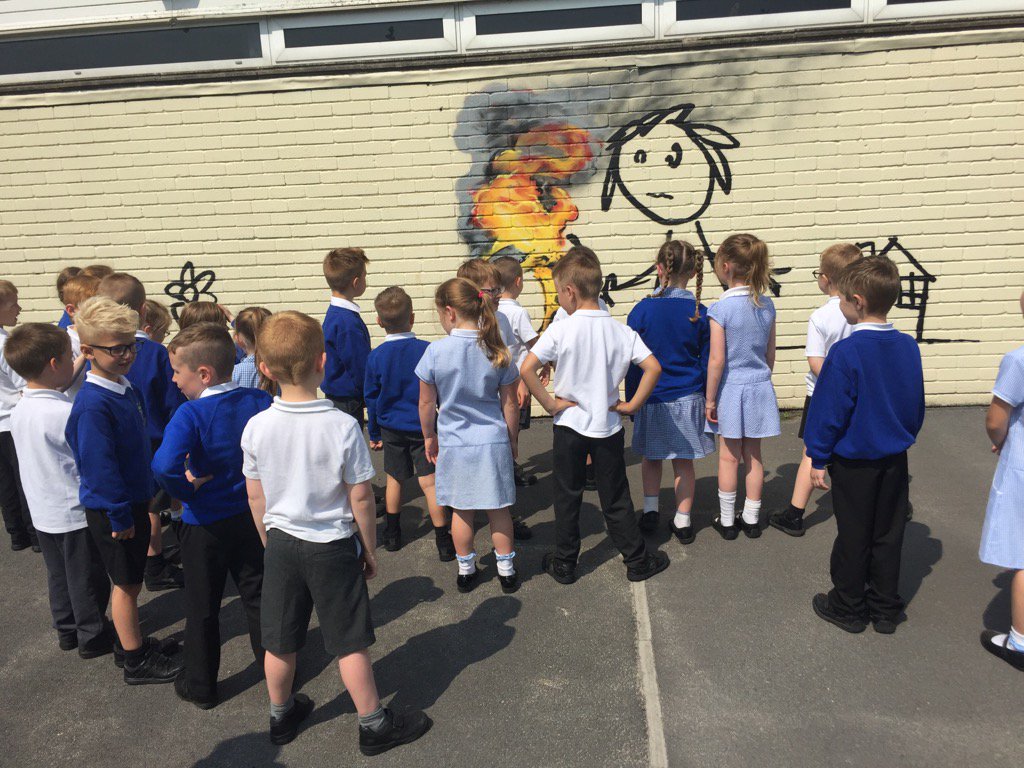