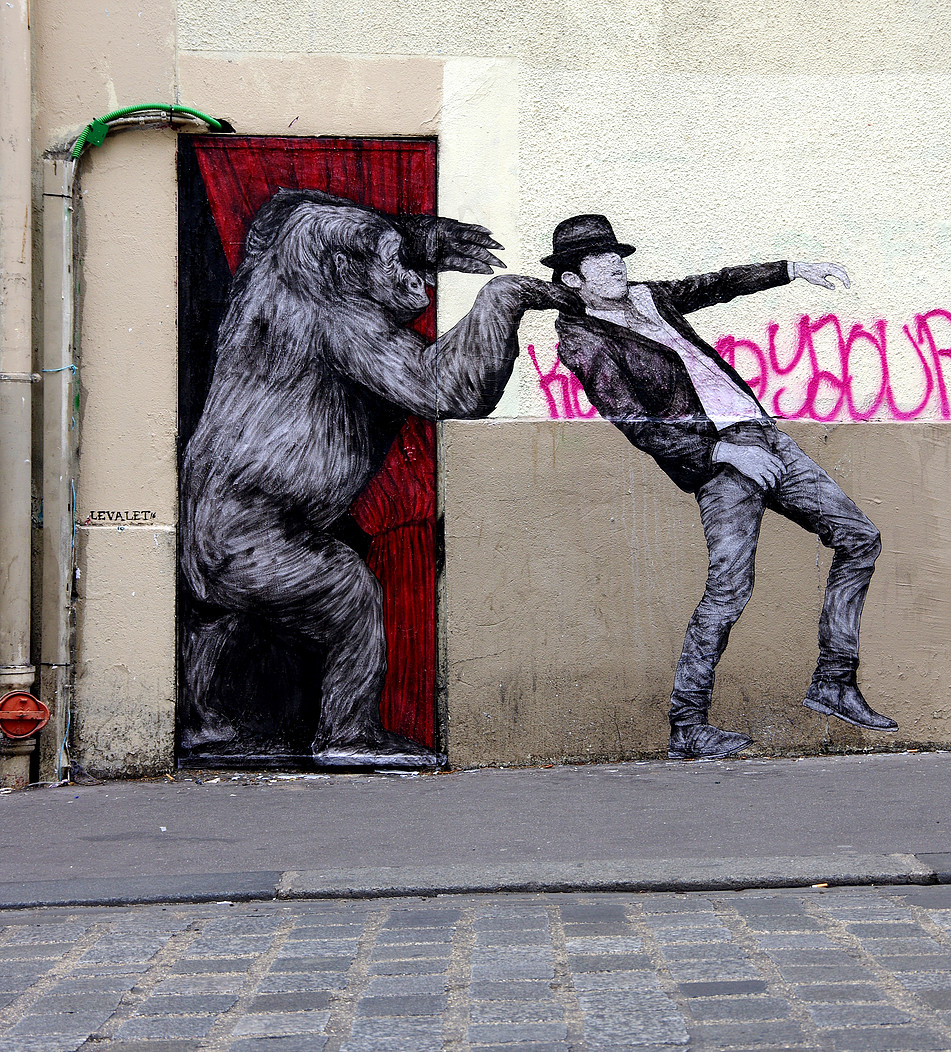 Artist Levalet (aka Charles Leval) has been extremely busy this year, bringing his unique brand of nonsensical wheatpastes to locations all over Paris. His temporary interventions show a wide range of disheveled characters caught in a world of mischief and misfortune, as they appear to interact with the building facades onto which they are pasted. Levalet’s artworks first began to appear outdoors in 2012, but he’s since begun to produce entire shows of paintings, sculptures, and various assemblage pieces for display indoors that are no less enchanting.

Levalet’s latest solo show titled Little Boxes opens tomorrow at OPEN WALLS in Berlin, and some of his best work was recently gathered into the book Des illusions comiques. 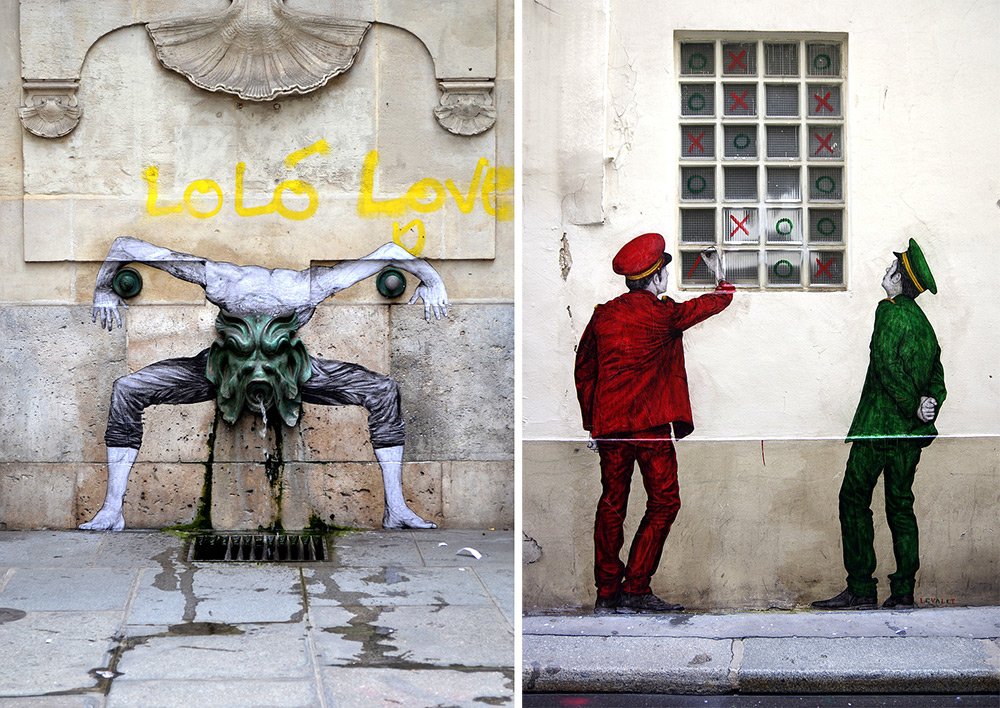 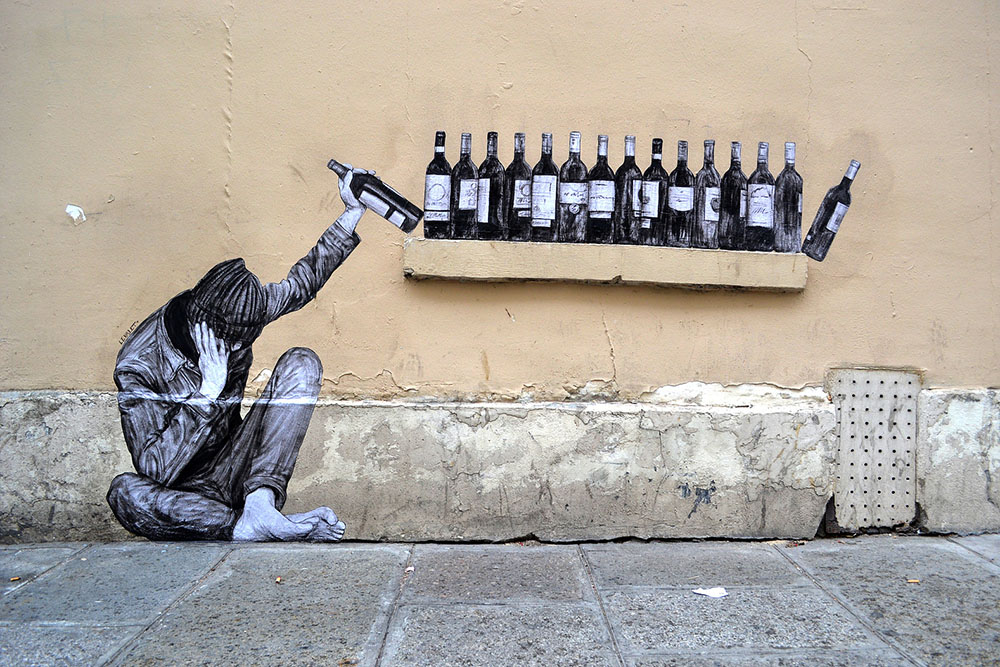 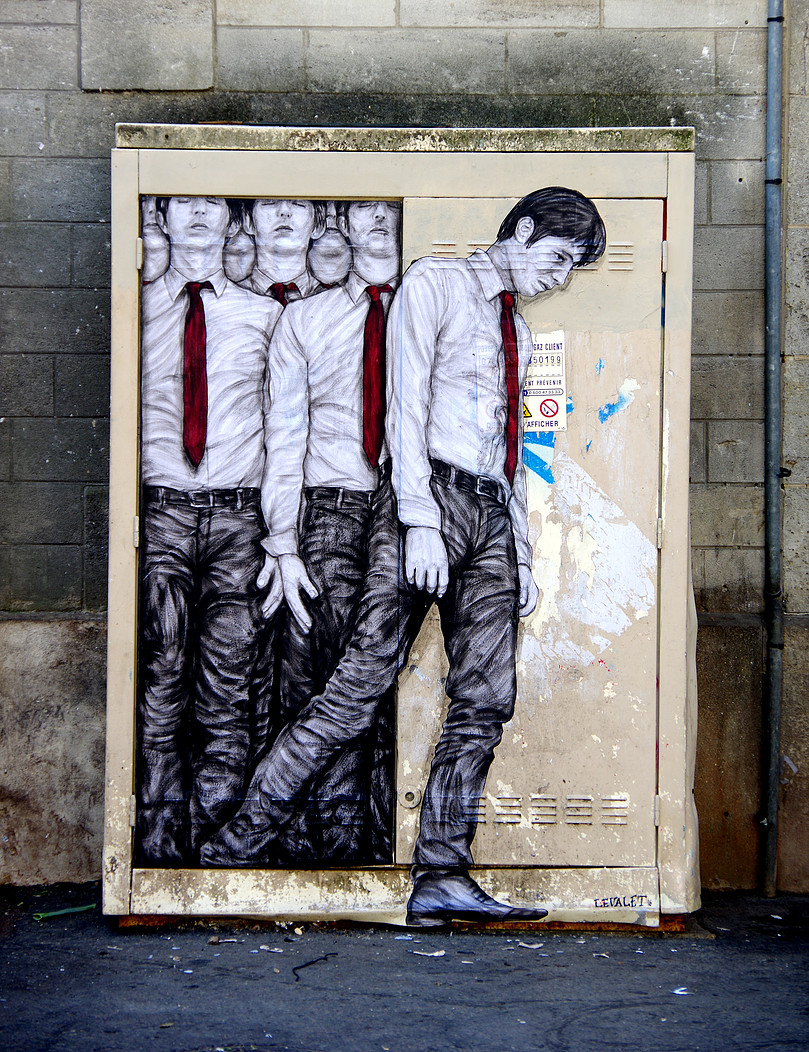 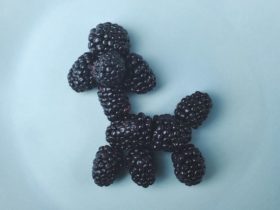