The New York Times published its first issue on September 18, 1851, but the first photos wouldn’t appear on the cover until the early 1900s over 60 years later. This visual timeline by self-described data artist Josh Begley captures the storied newspaper’s approach to layout and photography by incorporating every NY Times front page ever published into a single one-minute video. The timelapse captures decades text-only front pages before the newspaper began to incorporate illustrated maps and wood engravings. The liberal usage of black and white photography begins a century later and finally the first color photo appears in 1997. What a fascinating way to view history through image, over 60,000 front pages in all. If you liked this, don’t miss Farewell — ETAOIN SHRDLU. (via Kottke) 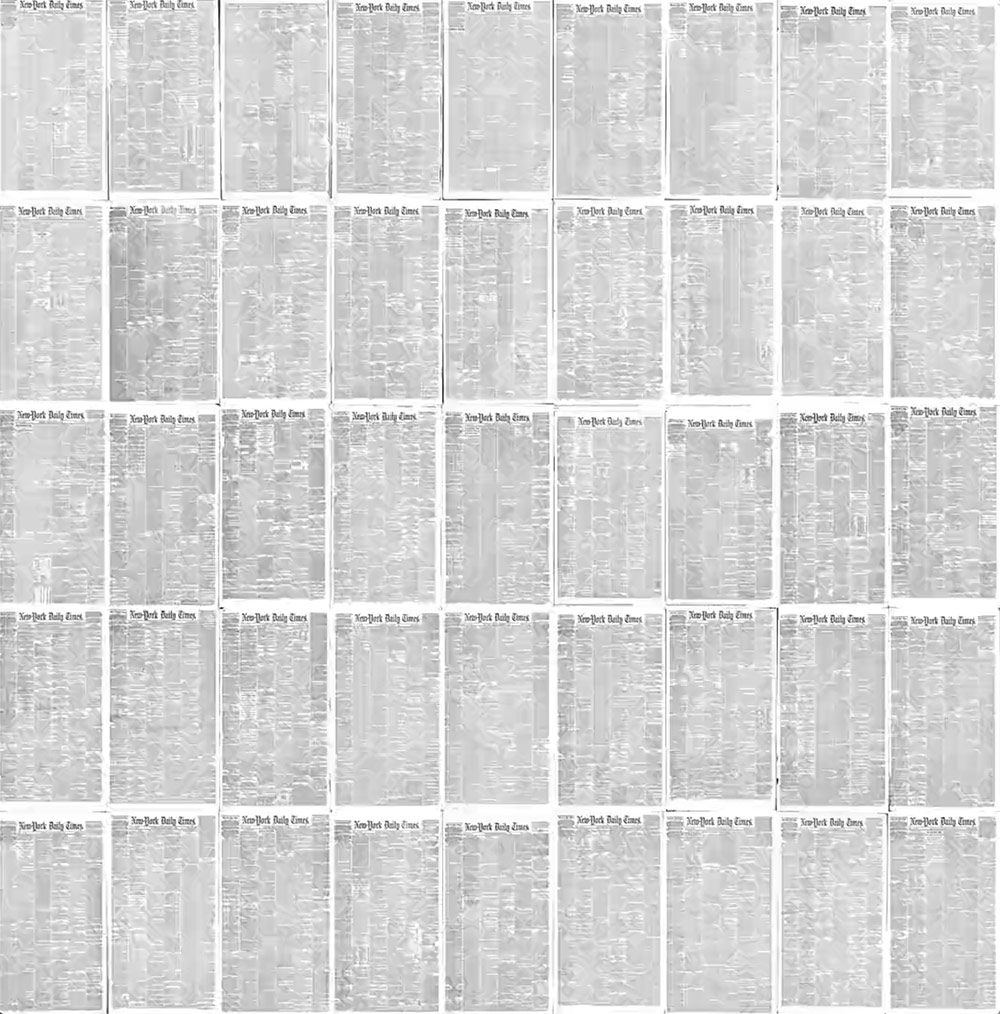