Dan Grayber‘s works exist at the intersection of sculpture and physics, pieces carefully designed to solve the problems created by their own existence. The sculptures each include a rock suspended within a glass enclosure, the rock’s weight perfectly balanced by the mechanisms, systems, and pulleys that surround it.

Grayber relates this play of tension and balance to personal relationships, which serves as another influence to his work outside of visual interests in industrial design, construction machinery, and the children’s game Cat’s Cradle.

“Cavity Mechanism #6, from 2009, [seen below] is one of the most obvious pieces to speak about interpersonal relationships that I’ve made,” said Grayber to Venison Magazine. “There are two identical mechanisms inside of a glass display dome, and one small cable that runs between the two mechanisms. This cable holds all of the tension between the two mechanisms, and they both need to remain in place to maintain the tension. I was really thinking about co-dependence when I made the piece. If either mechanism were to slip, or the connection between them to break, it would cause both to fail.”

You can see more of Grayber’s experiments in equilibrium on his Instagram and Facebook. (via Boing Boing and Makezine) 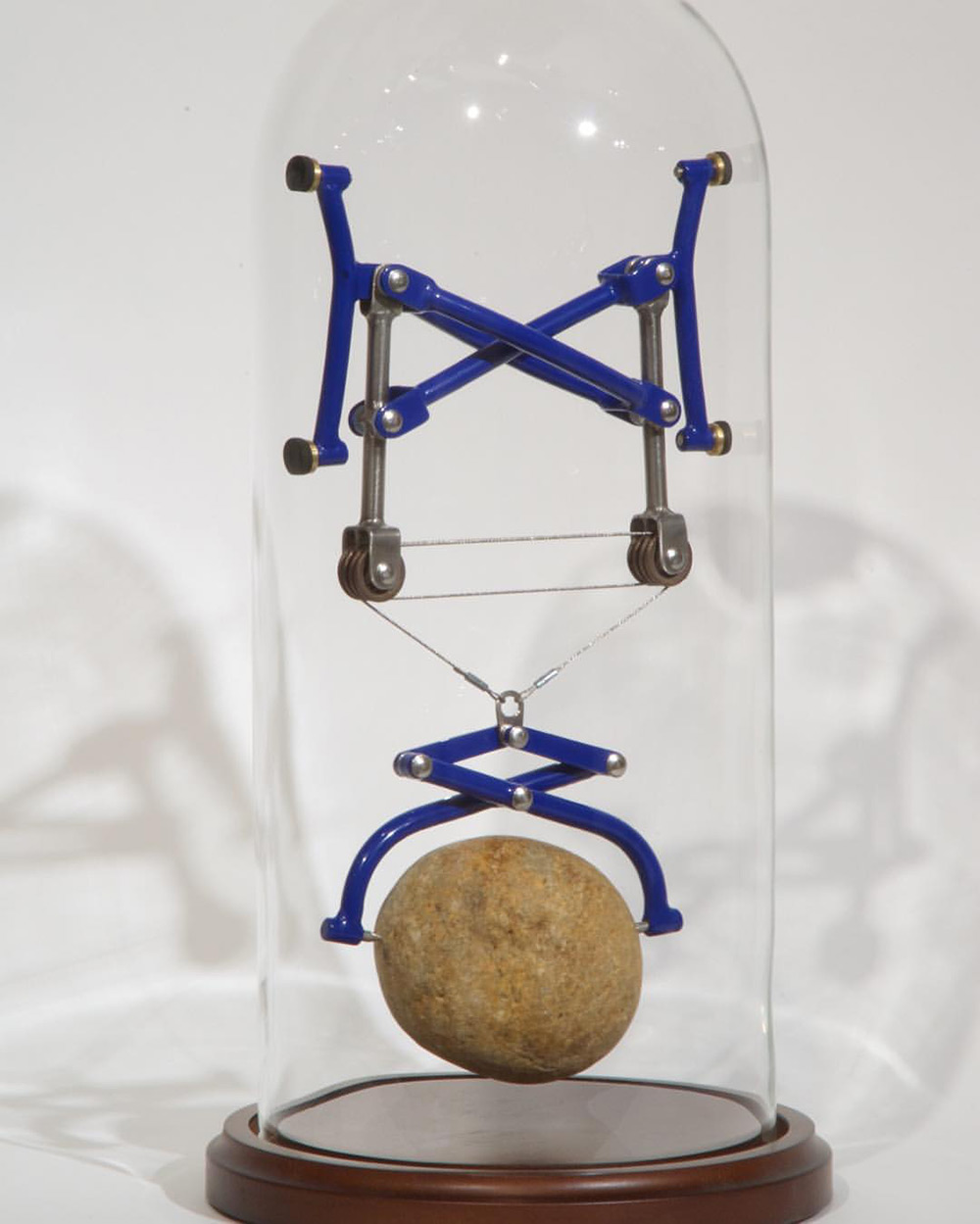 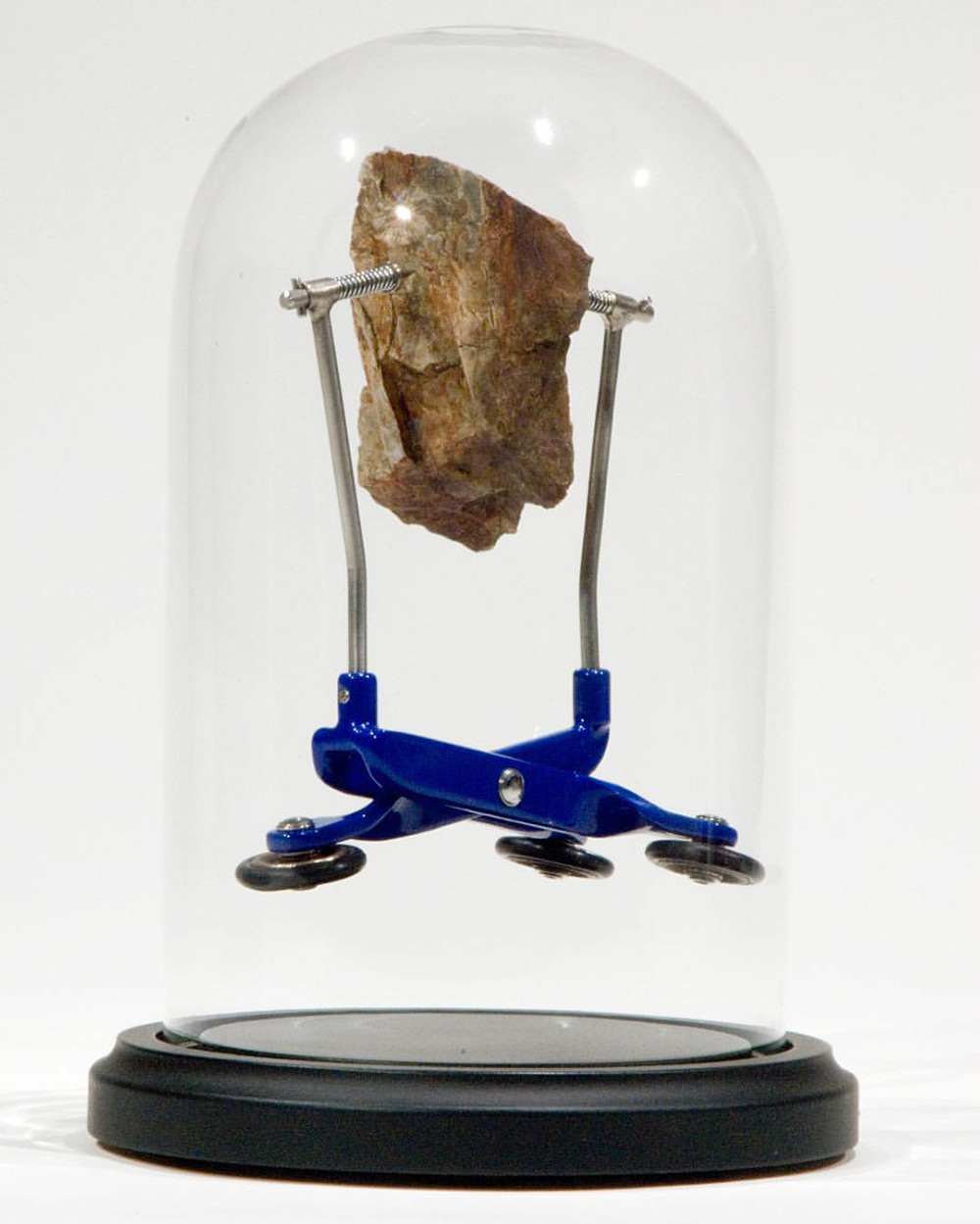