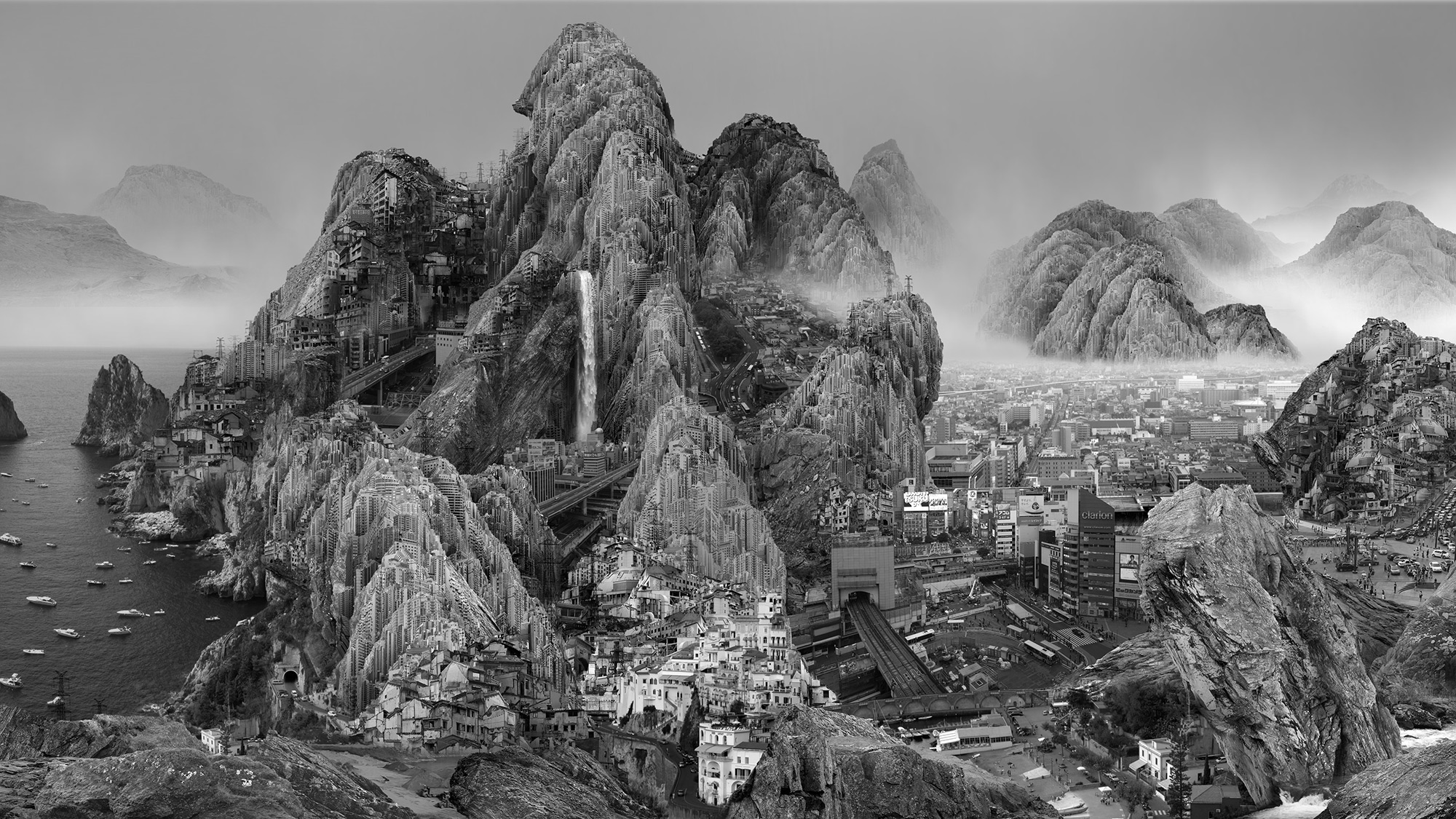 In these stark photographic collages that seem to possess the infinite density of a fractal, artist Yang Yongliang (previously) questions unchecked industrialization, the impact of climate change, and pressing social issues in his native China. Each image seems to suggest a post-apocalyptic future where the forces of urbanization collide with the natural world, creating a drab black and white dystopia. “The artist keeps developing a critic approach to reality while searching for a spiritual source in his country’s relentless march between technological progress and annihilation,” states Galerie Paris-Beijing.

As part of this new series titled Time Immemorial, Yongliang began with a series of digital collages that were printed in negative on fine art paper. Each piece was then photographed with a traditional film camera and prints were developed by hand. Lastly, the artworks are mounted on back-lit wooden cases to fulfill the artist’s intent to preserve digital imagery on photographic film.