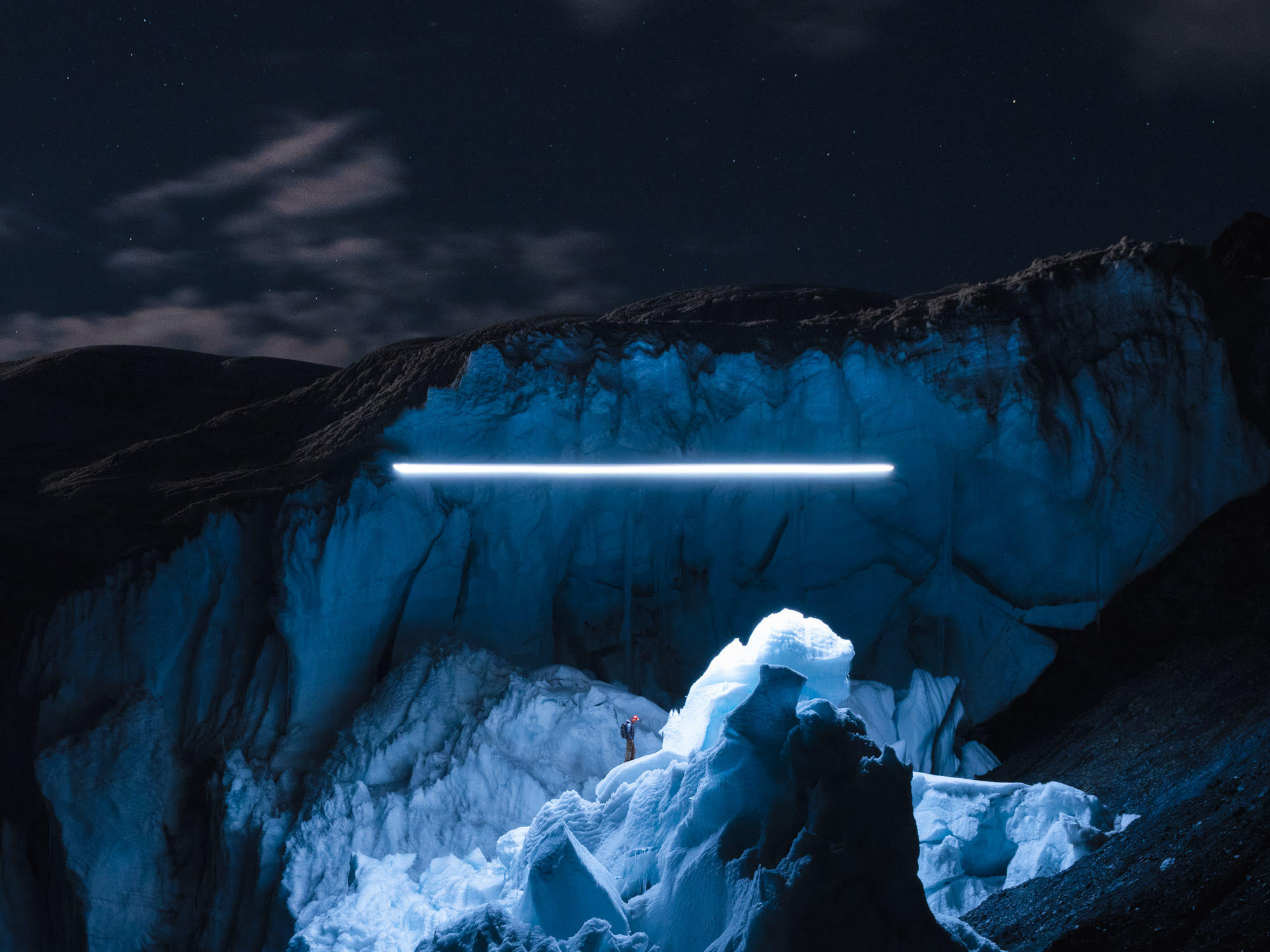 In the ever-widening world of drone photography, Reuben Wu (previously) has made a name for himself with his unique images that combine lighted drone patterns with stark observations of natural land formations. Two months ago, Wu travelled to Peru to continue his body of work called Lux Noctis. Peru’s Pastoruri Glacier is a rare remaining tropical glacier, sited at 17,000 feet above sea level in the Cordillera Blanca mountain range.

The trip was part of the filming for a Great Big Story (previously) video series titled “Made From Mountains,” and involved research, scouting, and treacherous travel to safely reach the glacier. In addition to the logistical challenges and the frigid, remote location, Wu shares with Colossal, “I photographed the glacier with conflicting feelings. I wanted to show evidence of its alarming retreat, yet I was drawn to the epic scale of the ice which remained. In the end I leaned towards the latter, but each photograph represents a bleak reality, a fading memory of what once stood.”

You can see more of the artist’s illuminated photography on Instagram and Facebook. Wu’s artist book of his Lux Noctis series is available for pre-order and is already almost sold out. Reuben Wu’s “Coors Light: Made from Mountains” episode is featured on greatbigstory.com. (via PetaPixel) 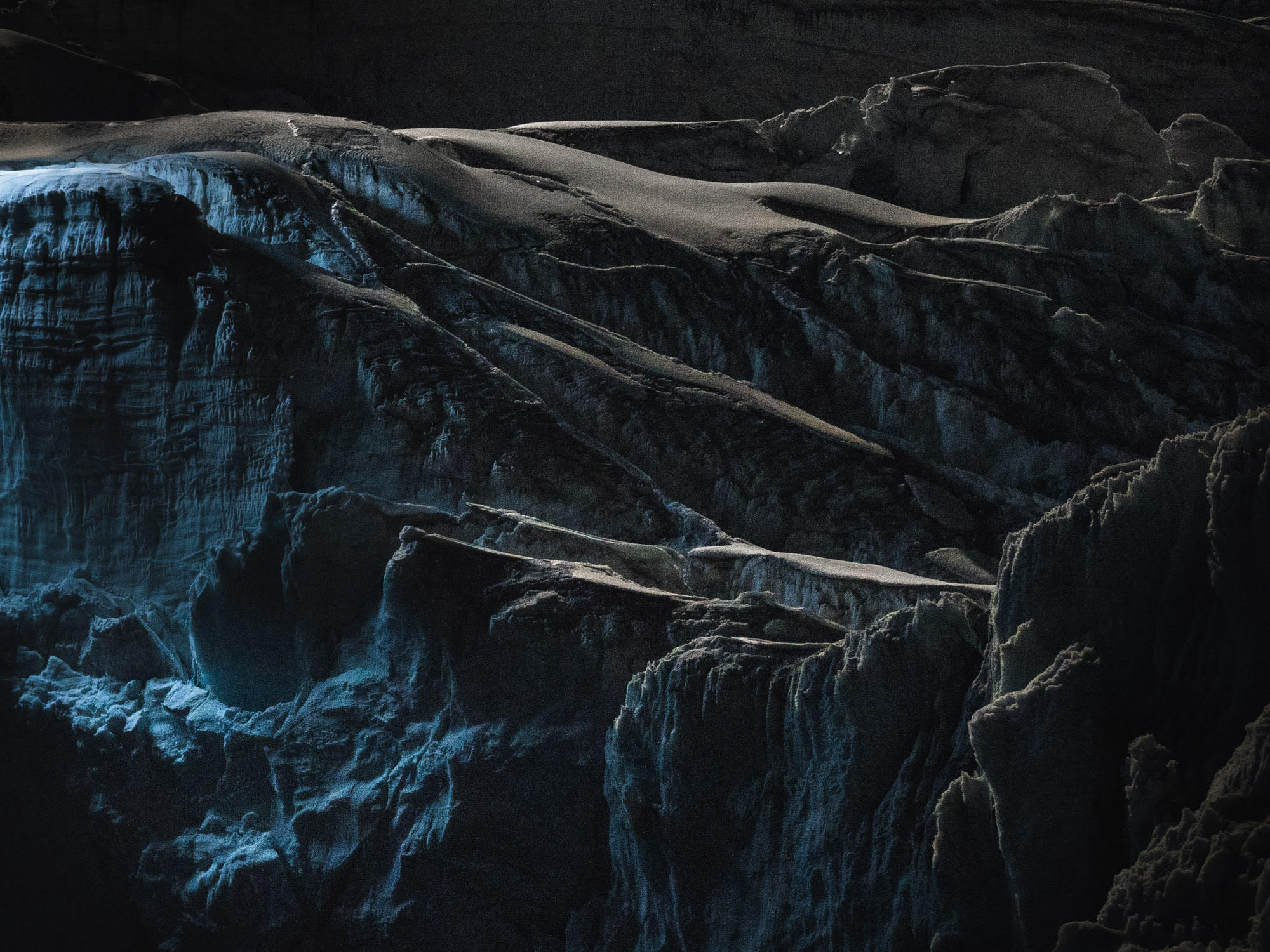