‘The Weaving Project’ Invites Visitors to Climb Inside a Massive Installation Formed From Nearly 10,000 Feet of Rope For this year’s London Fashion Week, British fashion designer Anya Hindmarch collaborated with design collective Numen/For Use (previously) to create an installation that would excavate the playgrounds and play sets of visitors’ distant memories. The Tube, a bright blue structure created from nearly 10,000 feet of rope, was a part of a temporary pop-up in a Soho warehouse called The Weave Project which also included a cafe and store. The structure invited guests to revisit their childhood by climbing within the gigantic meandering structure. This is not the first time Hindmarch has used London Fashion Week as an excuse to create an installation dedicated to play— last fall the designer recalled another child-like object by producing a massive beanbag that filled the main room of London’s Banqueting House. If you like this work, check out Toshiko Horiuchi MacAdam as well. (via Dezeen) 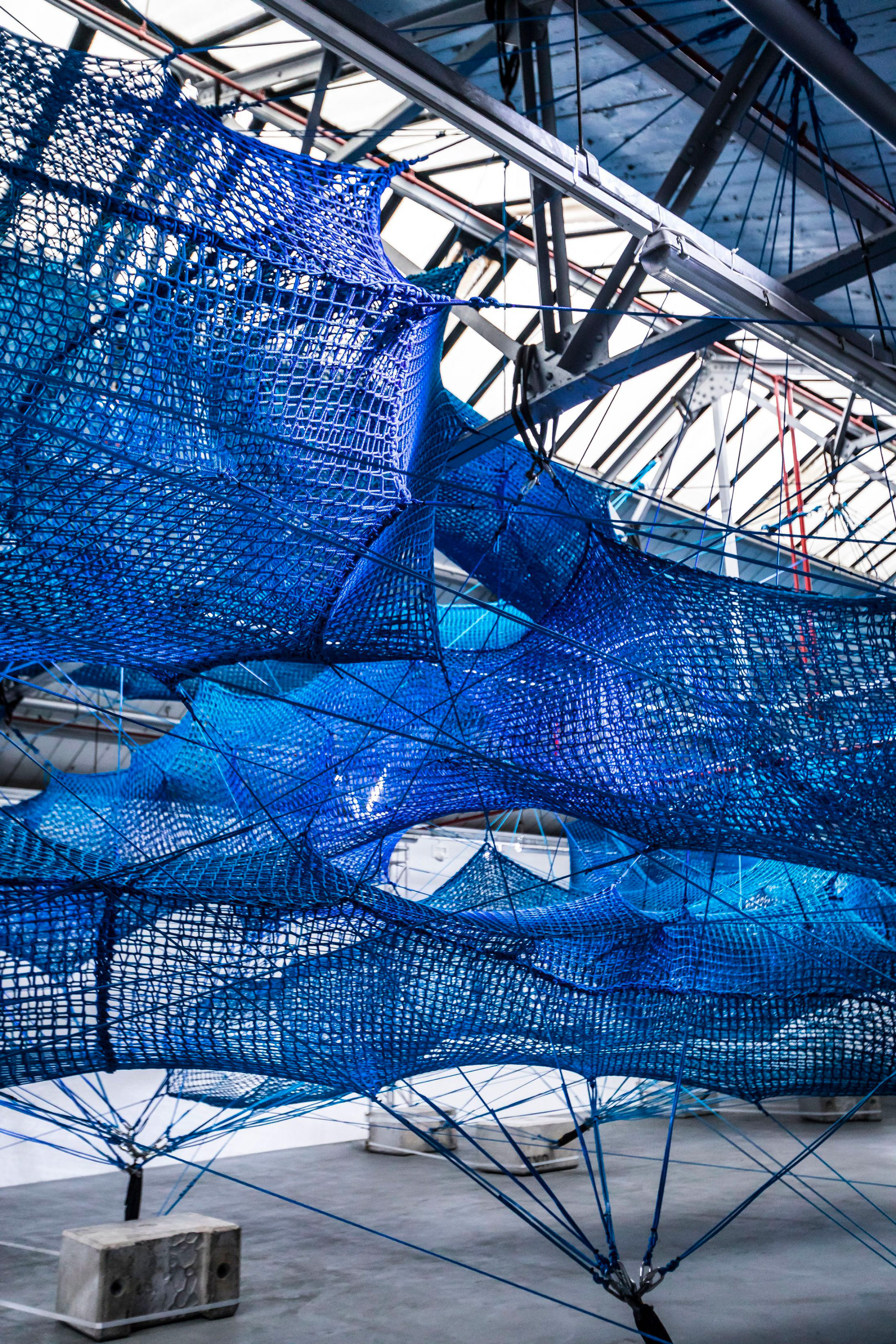 A Massive Inflatable String Jungle Gym by Numen/For Use