Mr. Trash Wheel, a floating mechanism with large round eyes affixed to its hood, was installed on a tributary leading to the Baltimore Harbor in 2014. Since then, the trash-scooping object has intercepted 638,594 plastic bags, 1,000,000 styrofoam containers, 150 miles of cigarette butts, and one ball python. Using the power of the sun, the semi-autonomous machine rakes litter out of the water and up a slow but sturdy conveyer belt. The belt is strong enough to hoist mattresses, trees, and kegs from the water and into a dumpster located on a separate barge for recycling and disposal.

The device was created by sailor and engineer John Kellett who watched debris build up around Baltimore’s waterfront for over twenty years. Mr. Trash Wheel has helped lead to Maryland’s statewide ban on Styrofoam food containers (a first in the country), partly because of a loyal Twitter following by local fans who are witness to the devastating amount of trash intercepted each day.

Although Kellett plans on installing trash wheels in other cities across the US including California, New York, and Hawaii, and internationally, he had also focused on adding more trash-eating power to his local harbor. Mr. Trash Wheel now has two cousin interceptors named Professor Trash Wheel and Captain Trash Wheel who have equally cartoonish eyes attached to the front of their wide-mouthed exteriors. You can watch Mr. Trash Wheel digest its millionth pound of trash in the video below, and view a live stream of real time waste consumption on its website. (via WBUR) 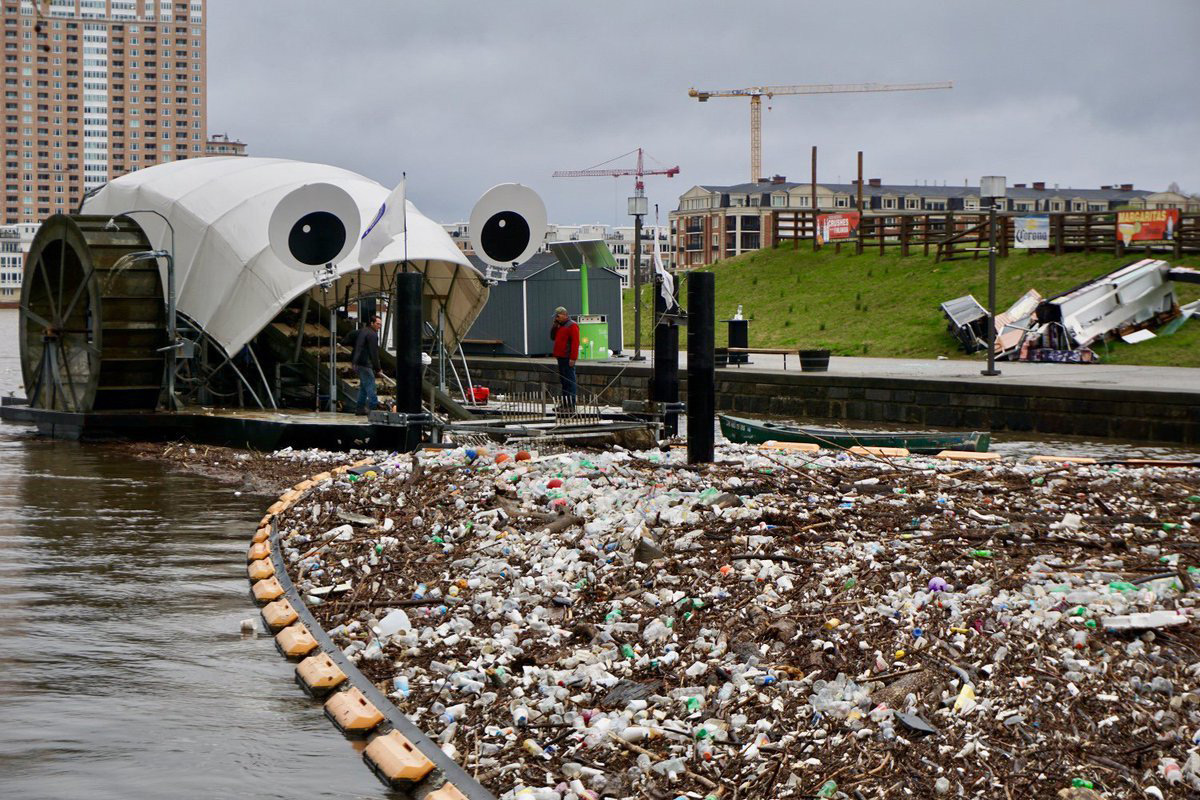