Jan Kaláb (also sometimes known as POINT or CAKES) works on vast outdoor spaces to add pulsating concentric circles of color. The Czech artist grew up in Eastern Europe during the Cold War, where graffiti and street art were non-existent. In the 1990’s, Kaláb paved a path for the graffiti community by founding a crew as the Cold War ended and Western influences came to the Czech Republic.

Kaláb has worked around the world crafting abstract shapes, especially circles, “as an obsessive vocabulary for infinite variations around depth, time, and motion. Playing with circles [brings] organic imperfection and swing into his work” according to a statement on the artist’s website. Kaláboften works on adjacent or curved surfaces to heighten the play between structure and perception in his vibrant murals.

Kaláb also has a robust body of work that is shown in galleries, with his first solo exhibition in 2008. The artist’s most recent show “SHAPE & TONE” just ended at Fabien Castanier Gallery in Miami. You can see more from Kaláb on Instagram and Facebook. (via Visual Fodder) 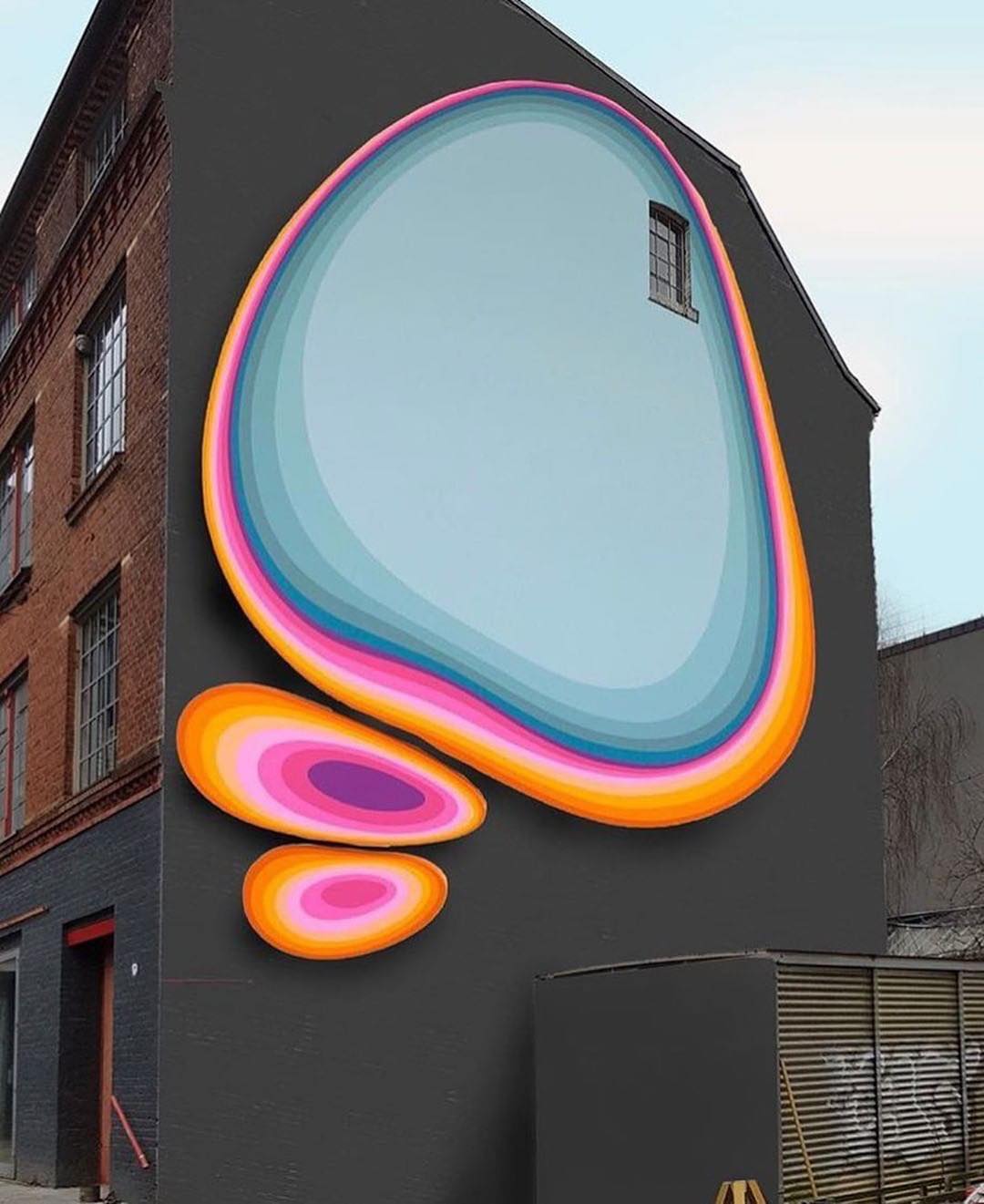