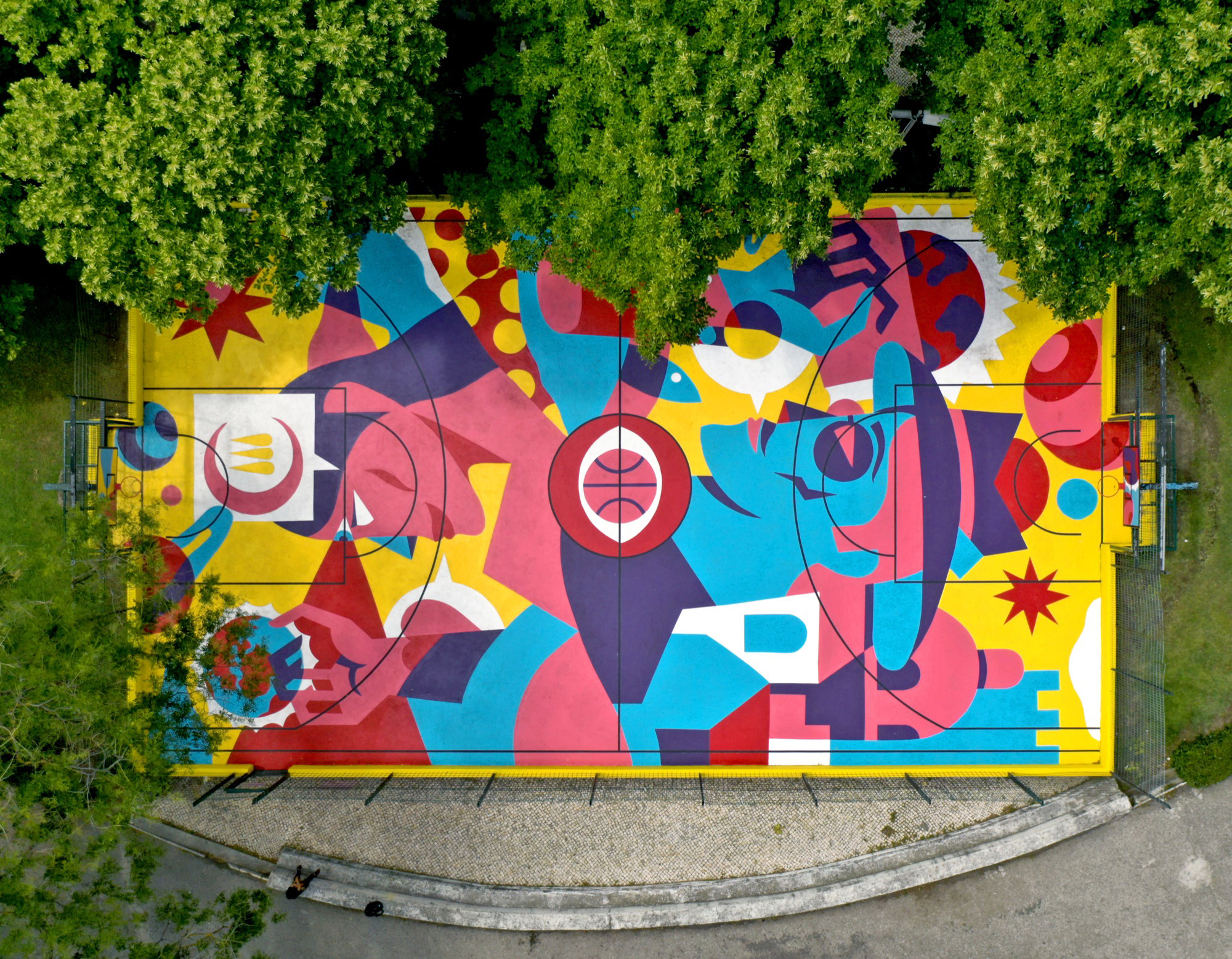 Portuguese artist AkaCorleone recently repainted a public basketball court in Lisbon, Portugal to emphasize the unification of differing points of view. The mural, located in Campo dos Mártires da Pátria, covers a public 46 x 82 foot wide court in pink, yellow, and blue. Its figures—a woman holding the Earth and a bespectacled man—sit at opposing sides of the court much like the flipped profiles of Jack, Queen, or King playing cards. According to the artist’s statement the piece, titled “BALANCE,” is intended to demonstrate the coming together of separate forces, especially in the neighborhood and on the court.

“The search for a true balance, a perfect duality between two people, two teams, two sides, two realities, is hard to achieve, but it’s possible,” AkaCorleone explained. “The concept behind the art for this project was to play with the notion of duality, of two different points of view, two different sides that complement each other like to opposite versions of the same reality that can only be understood as one.”

If you are interested in sports-oriented murals, you might also like this technicolor basketball court created in collaboration between fashion brand Pigalle and design agency Ill-Studio, or the beautiful works produced in public parks by Project Backboard. You can find more of AkaCorleone’s outdoor murals and paintings on his website and Instagram. (via Street Art News) 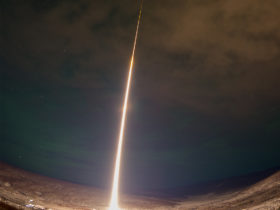 This Microscopic View of a Spider Embryo is Strangely Adorable